If you’re a musician, you’ll appreciate a good joke or pun about your passion. Of course, you shouldn’t keep them to yourself. You should share them with fellow band members or your friends in music class. Here are the best corny music puns on the internet:

Maybe you sing. Or maybe you play an instrument. No matter what your gift is, you should share it with the world. You should also share these corny musical jokes!

Music Puns For Kids And Adults

If you enjoy music, then you’re going to get a kick out of these music puns. Make sure to share them with friends and family soon:

Music puns are hilarious, especially when you know everything there is to know about instruments. If that sounds like you, check out these musical puns: 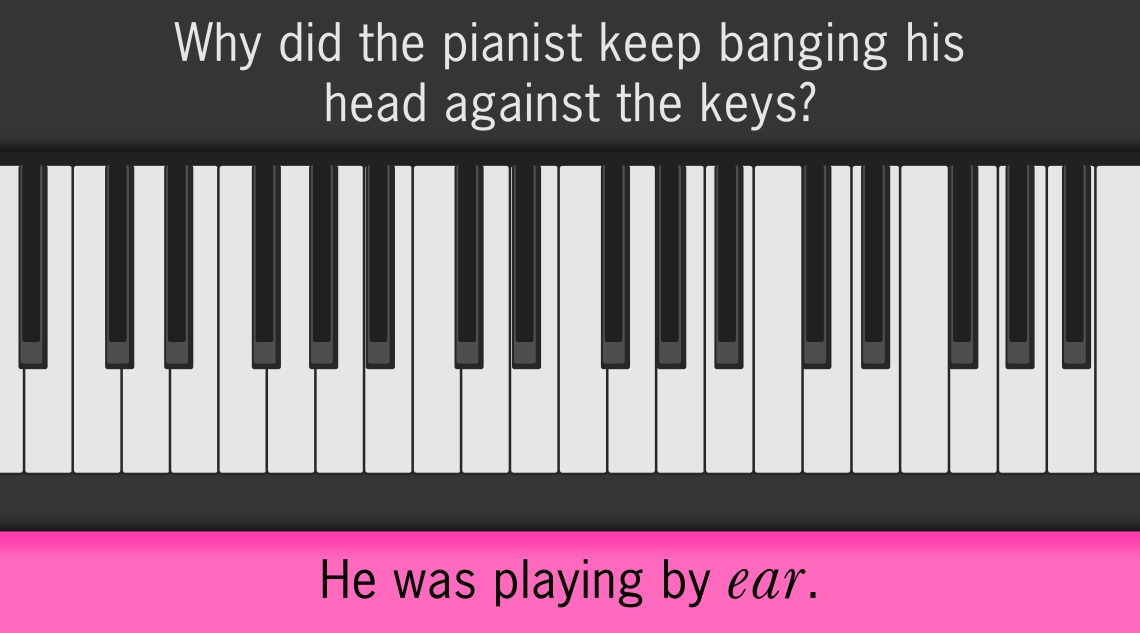 Laughter is important! You need to take a break from practice every once in a while and relax. To do that, here are a few more music puns:

You could not live a life without music, instruments, and songs. That’s why you’re going to love these music puns:

The Best Music Puns On The Internet

The jokes aren’t done yet! If you’re a musician, these jokes will be music to your ears:

Hater of love. Lover of horror.