Did you know that dolphins are the funniest animals in the ocean? Well, they are now! Head to the zoo and surprise your friends with these witty (and silly) jokes that’ll make them flip out.

1. How does a pod of dolphins make a decision?

2. If dolphins lived on land, which country would they live in?

3. What did the mommy dolphin do when her son was an hour late for dinner?

4. Why did the dolphin blush?

Because it saw the ocean’s bottom!

5. What did the dolphin say when it broke its neighbor’s window?

It wasn’t on porpoise!

6. What did Cinderella Dolphin lose?

7. Why don’t dolphin do well on school tests?

Because they work below C-Level!

8. What do dolphins need to stay healthy?

9. Where do dolphin races end? 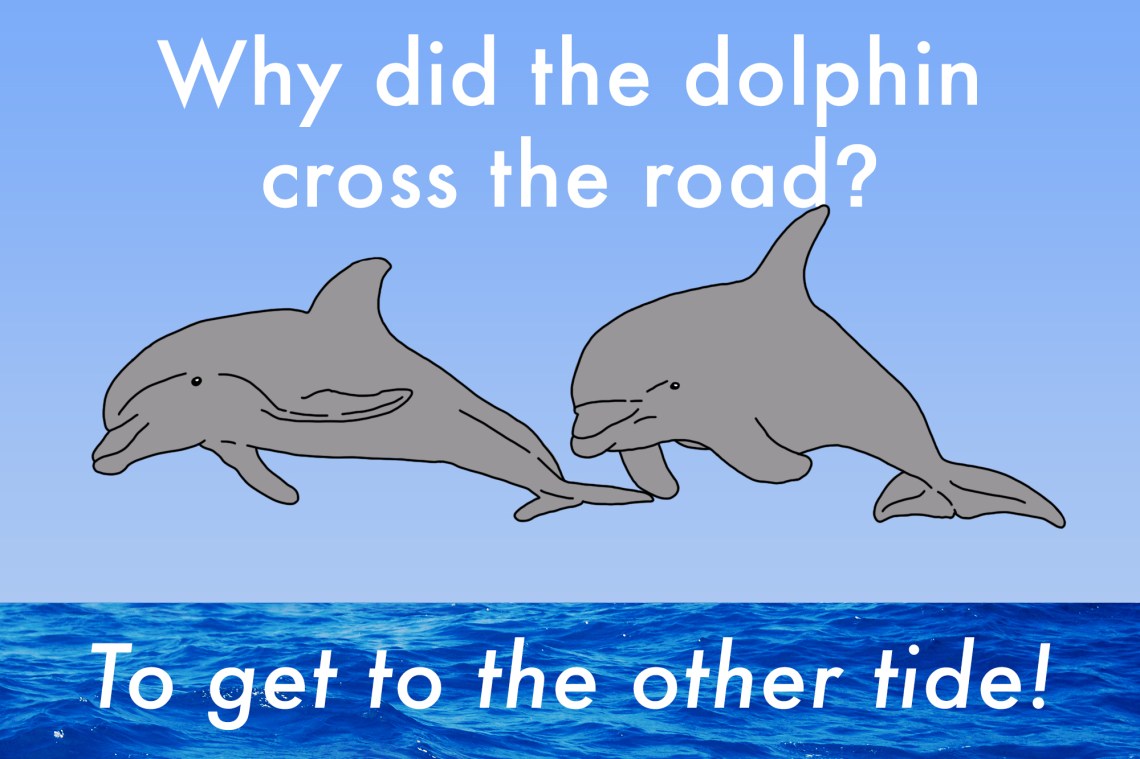 Because they’re afraid of the net!

13. What did the dolphin do to the woman who was rude to it?

14. What did the dolphin say to its friend who wouldn’t stop lying?

15. What did the dolphin detective say to his partner?