Space is just a bit out of reach for us here on Earth, but that doesn’t mean we can’t admire it from afar and make up some hilarious jokes and puns about it! Here are some of the best space puns and jokes that you need to share with your friends or students.

If you are a science teacher and you are getting into the astronomy lesson plans, don’t space out on the wittiness of a good pun. Puns and jokes can help students see things in a different way and they might that it makes learning a bit more enjoyable. It can also put a smile on their faces, too! Or, if you are a mom and you have a little astronaut on your hands, throwing space-themed birthday parties, and decorating their room with green alien things, these puns might be for you.

I mean really, who doesn’t like a good space pun? 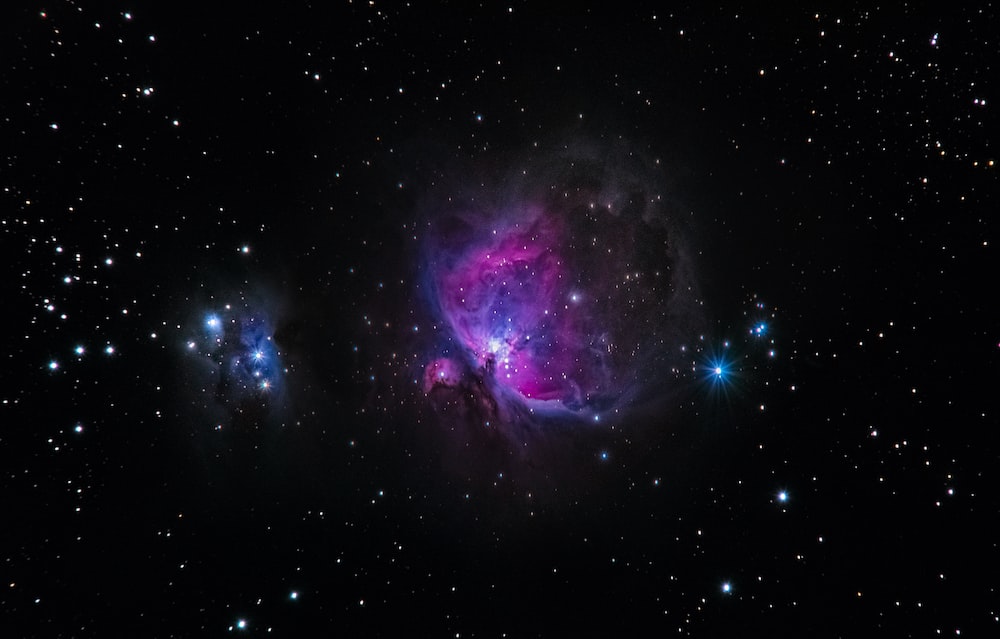 Space Jokes About The Solar System and Outer Space

Here are some hilarious jokes about space and our Milky Way galaxy. These puns can be of use as a learning tool for kids in science class, about black holes, the attributes of the planets, and other things about the stars that surround us.

Why did the cow go in the spaceship? It wanted to see the mooooooon.

Why would a cow want to go to space? To see the Milky Way.

What do you call someone who’s NOT a vegetarian? A meteor.

Which is closer, Florida or the moon? The moon. You can’t see Florida from here.

If athletes get athletes foot then what do astronauts get? Missle-toe.

Why did Mickey Mouse go to outer space? To find Pluto.

What kind of money is used for trade-in outer space? Star bucks.

What did Jupiter say to Saturn? “I like you, give me a ring sometime.”

How do you start a fight in space? “Comet me bro.”

Why did Venus dump Mars? She only wanted a pluto-nic relationship.

What was the first animal in space? The cow that jumped over the moon.

What do you get when you cross a lamb and a rocket? A space sheep!

What do you call the lights on a lunar rover? Moonbeams.

Where can planets update their status? Their Spacebook account.

What’s a light-year? The same as a regular year, but with fewer calories. 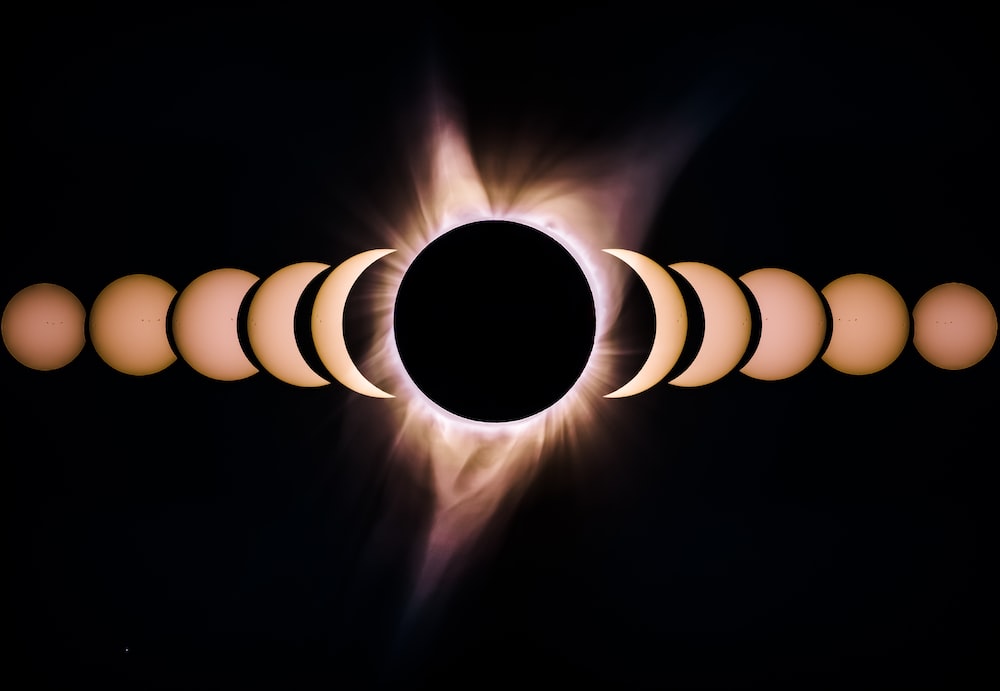 Space Jokes About the Sun and the Moon

What do you call a tick on the moon? A luna-tick.

How do you know when the moon is going broke? When it’s down to its last quarter.

Why did the Sun never got into college? Because it already has quite a million degrees!

How does a Man cut his hair on the moon? Eclipse it.

Why did the sun go to school? To get brighter.

Why did people not like the restaurant on the moon? Because there was no atmosphere.

How do you know when the moon has had enough to eat? When it’s full.

How does our solar system hold its pants up? With an asteroid belt. 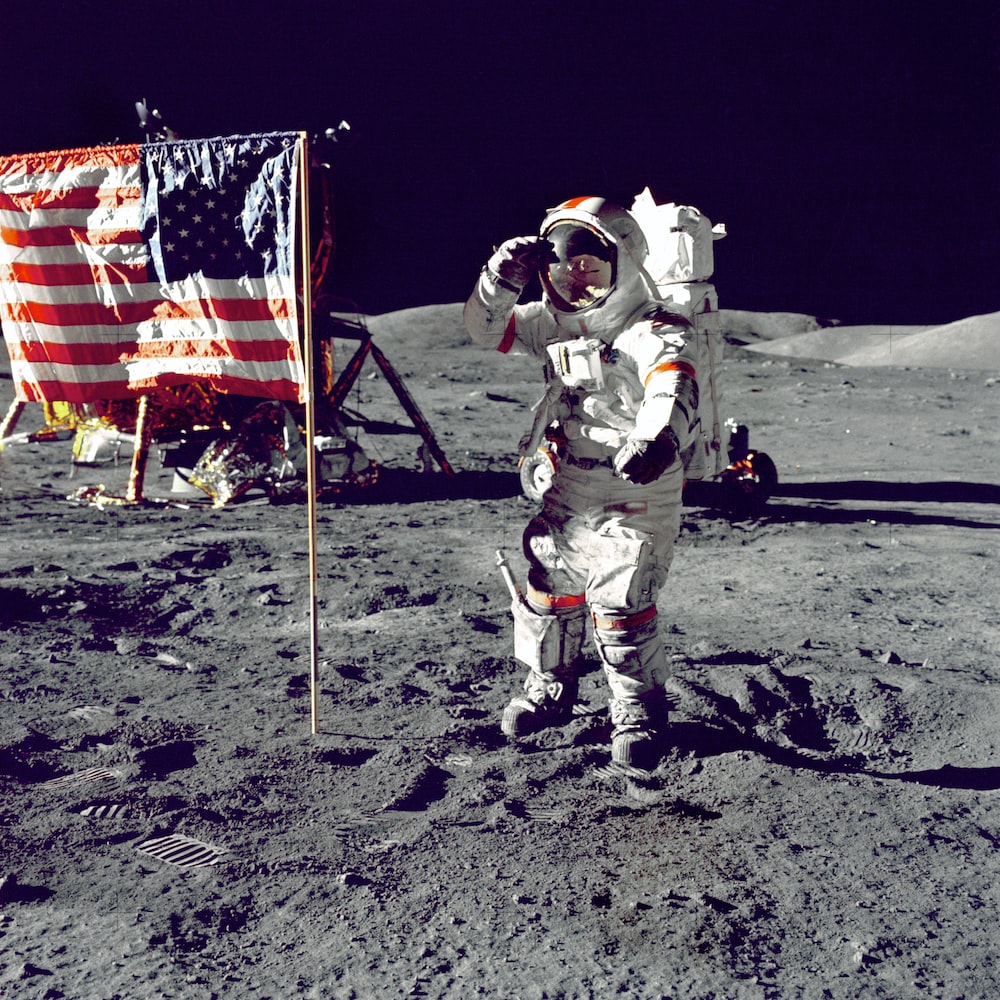 What does the astronaut who’s watching his weight order at the bar? A sateli-lite beet

How do you get a baby astronaut to go to sleep? Rocket.

How do astronauts plan a party? They planet it.

Where would an astronaut park his spaceship? At a parking meteor!

Why did the astronaut break up with her boyfriend? Because she needed some space.

What does an astronaut call his ex from space? SpaceX.

What do you call a loony spaceman? An astronut.

What is an astronaut’s favorite chocolate? A Mars bar.

What did the doctor say to the rocket ship? “Time to get your booster shot!”

What did Neil Armstrong say when no one laughed at his moon jokes? “I guess you had to be there.”

Why couldn’t the astronaut focus? He kept spacing out.

What time do astronauts eat? At launch time!

Did you hear what happened when Neil Armstrong first walked on the moon? He didn’t understand the gravity of the situation. 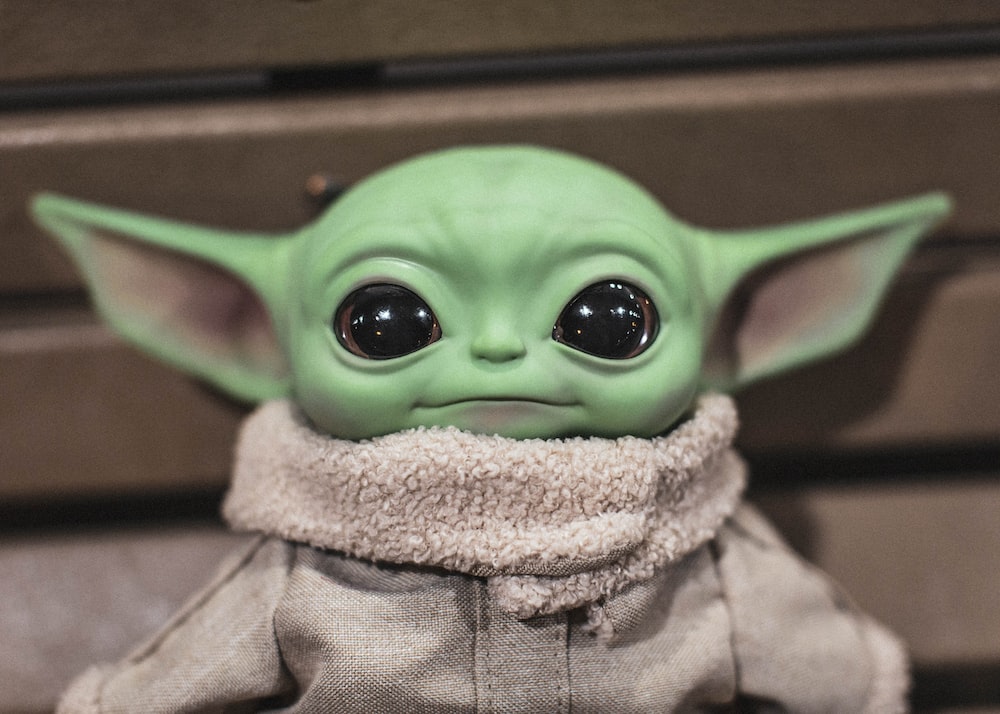 Space Jokes About Aliens and UFOs

Where do aliens go for a drink? The space bar.

Why don’t aliens eat clowns? Because they taste funny!

What did the alien say to the garden? Take me to your weeder!

Why haven’t aliens come to our solar system yet? They read the reviews: One star.

What is the slowest of all species in the galaxy? Snailiens.

What do aliens on the metric system say? Take me to your liter.

What should you do if you see a green alien? Wait until it’s ripe!

What did the alien say when he was out of the room? I’m all spaced out!

What’s E.T. short for? He has little legs.

Which day of the week do aliens look forward to most of all? Saturnday

Yesterday I was talking to an alien from space… Turns out they eat radio-active materials. I ask it what its favorite meal was. It told me: fission chips. 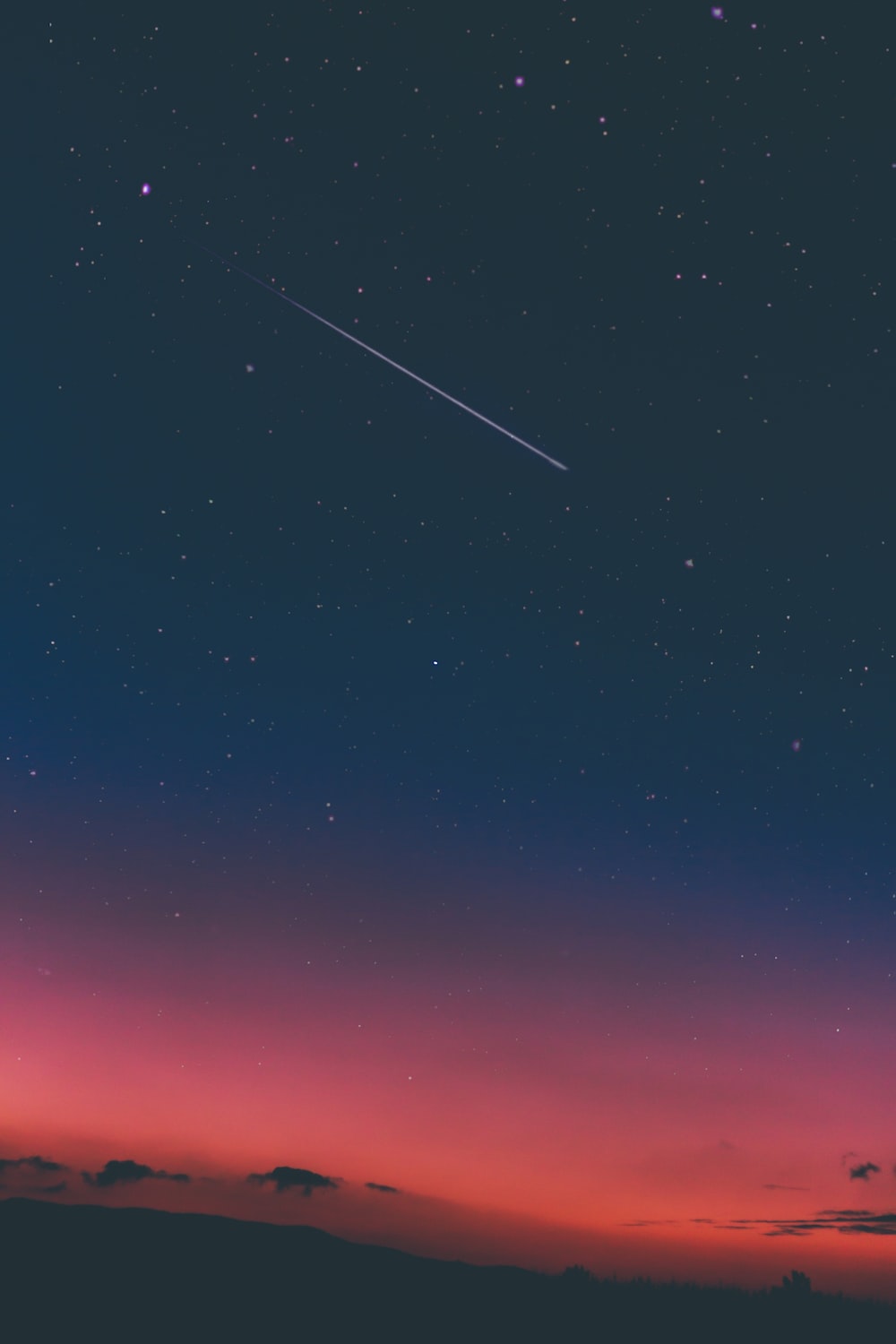 Space Puns and Pick Up Lines

Here is a collection of some space puns that are perfect for kids writing in a Valentine’s Day card to their crush, or for anyone who’s writing a love letter to their space-loving partner. There are also some witty space-related picky-up lines in here, too!

You rock my world.

I’m over the moon for you!

Are you a meteor? Because you rock my world.

I sent all your selfies to NASA because you’re a star.

I took Astronomy to count all the stars in your eyes.

You must be the Sun because you are hot!

Are you Mercury? Because you’ll always be first to me.

You must be a planet and I must be a moon because I totally revolve around you.

Are you an alien? Because you’re out of this world.

Are you a carbon sample? Because I want to date you.

You must be the sun because you’re the center of my universe.

You deserve a ring the size of Saturn’s.

I’m reading a book about anti-gravity… it’s impossible to put down.

You’re out of this world! 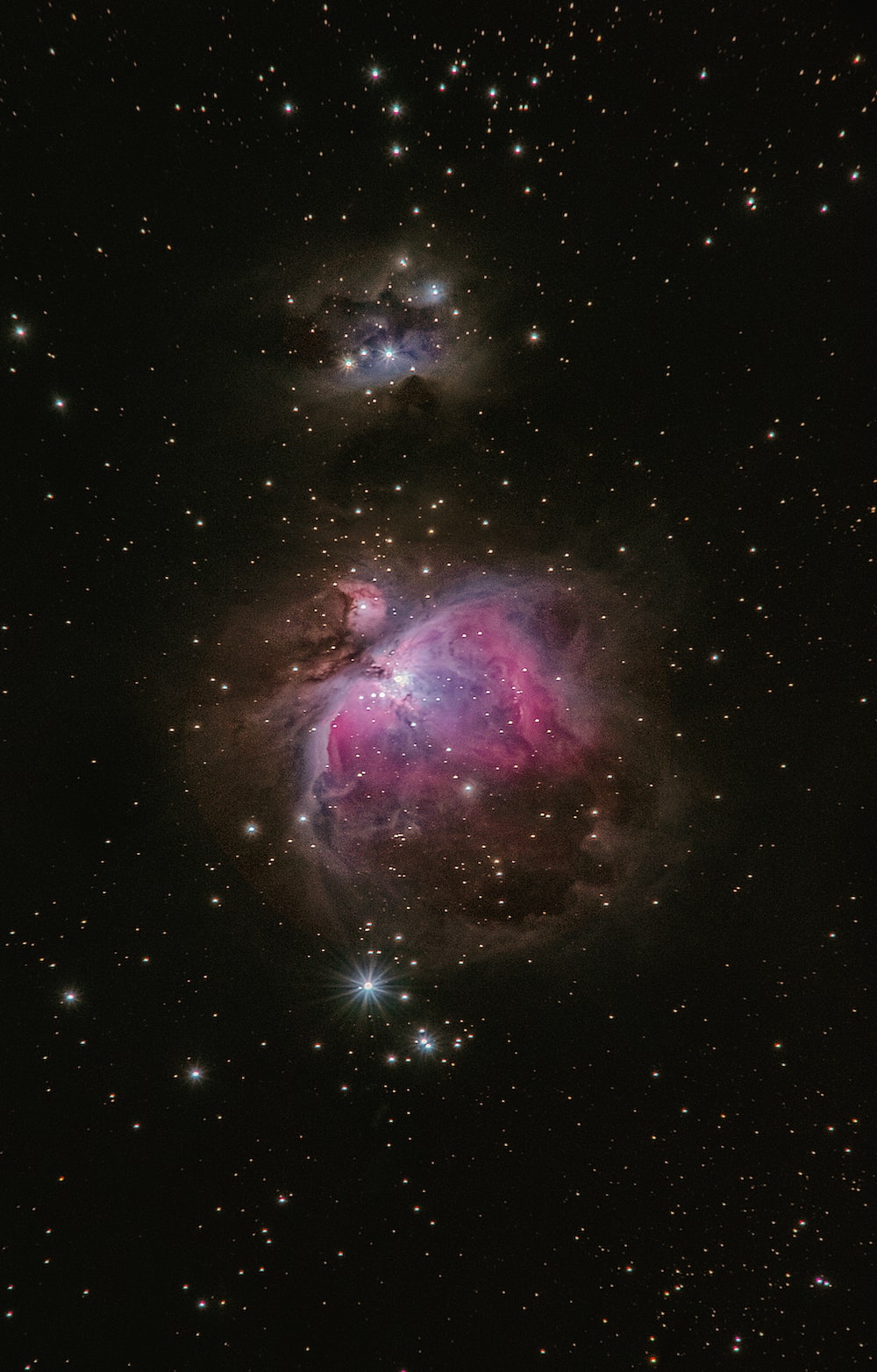 Other Space Puns And Jokes

The scientists’ new paper about alien life forms didn’t get published. It was too far out.

Get outer my space!

I took a rocket science course last year. It was a blast.

Saturn’s name is the best in our solar system — it has a nice ring to it.

I am Buzz Aldrin, second man on the moon, Neil before me.

Space was cool before it mattered.

There is apparently a black hole in Uranus.

I am craving sugar, I need a Milky Way.

Orion’s Belt is a big waist of space. Terrible pun sorry, it is only 3 stars.

There are so many possibilities, I don’t have the Space or the Time to Continuum.

Space puns are the final fun-tier.

I would love to go to space, but the cost is astronomical!

Last night I sat outside to watch a satellite pass by. It went over my head.

I have hit the space bar 37 times in a row now but I still remain on earth.

Being an astronaut is probably the only profession where you don’t lose your job after being fired.

I’ll try to think of more Space Puns, but I’ll need some time to planet!

Despite space being a vacuum, Mars is really dusty.

It’s not that Sirius.

Here are a couple of longer funny space jokes and puns that are out of this world funny:

Sherlock Holmes and John Watson are camping on a case they are investigating. After putting up the tent, having a good dinner, and drinking a bottle of wine, they go to sleep.

In the middle of the night, Holmes wakes up and nudges his faithful friend.

“Watson, look up at the sky and tell me what you see,” Holmes says, shivering.

“I see millions and millions of stars, Holmes,” replies Watson.

“And what do you deduce from that?”

Watson ponders for a minute.

“Well, it tells me that there are millions of galaxies and potentially billions of planets. Somewhere in the universe with so many billions of stars similar to the sun, there is a high probability that some of these stars have Earth-like planets. And assuming the Earth is typical, some may have developed intelligent life. It means that humanity, may not be alone in this vast cosmos. What did you deduce Holmes?”

Holmes is silent for a moment before he replies.

“Quite,” he says. “Though my more immediate concern is the fact that, clearly, someone has stolen our tent.”

There were 3 people, and they were all bragging about their country. The first person says, “We were the first in space!”

And the second responds, “Well, we were first on the moon! Beat that!”

So the third person says, “Well, that’s nothing. Me and my crew are going to the sun!”

“How are you going to do that?” said the other two.

“Well duh! We are going to go at night!”

Which space pun or joke was your favorite?