By January Nelson Updated June 17, 2021
You could search through land and sea, but you are never going to find anything funnier than these fish puns.

Maybe you have a fish tank in your home. Maybe you go fishing every summer. Or maybe the closest you have come to swimming through the ocean was when you played Go Fish as a child. No matter what your relationship to those undersea critters is, here are the best fish puns that will leave you gasping for breath. 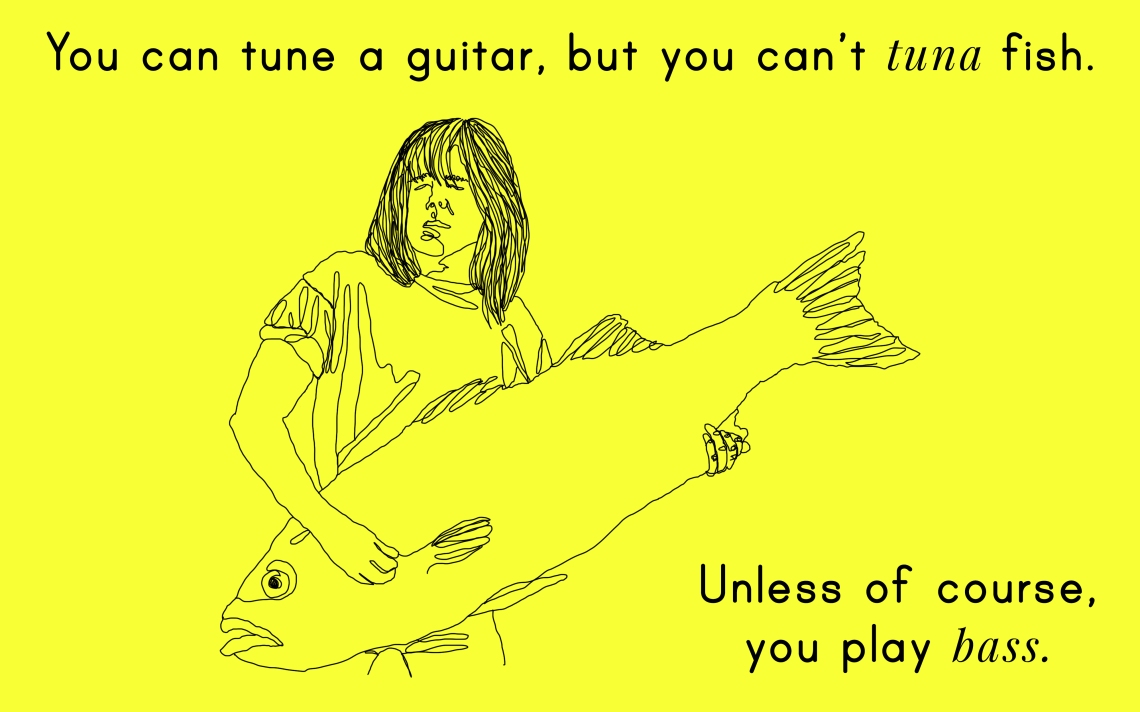 Here is a list of fish puns and fish jokes that will have everyone laughing out loud:

1. Why did the fish get bad grades?

Because it was below sea level.

To see a sturgeon.

3. Why wouldn’t the little girl eat her sushi?

Because she thought it looked too fishy.

4. What are fish that act in movies called?

5. What do fish learn on their first day of school?

That the end of a fishing hook is the point of no return.

6. How does a school of fish keep up on happenings in the ocean?

They listen to the current news.

7. Why did the old lady make a ton of fish-eye soup?

Because it would see her through the week.

8. Most fish will tell you that they like their food cold…

And their bait a little worm.

9. What does the Loch Ness Monster eat?

11.  That fisherman will never make it as a boxer.

All he can throw are hooks.

12. How do you communicate with a fish you haven’t seen in ages?

Drop them a line.

13. What do you call a fish who doesn’t believe in war?

14. What did the shark’s friends tell her when she got dumped?

There are plenty of fish in the sea.

They are very koi. 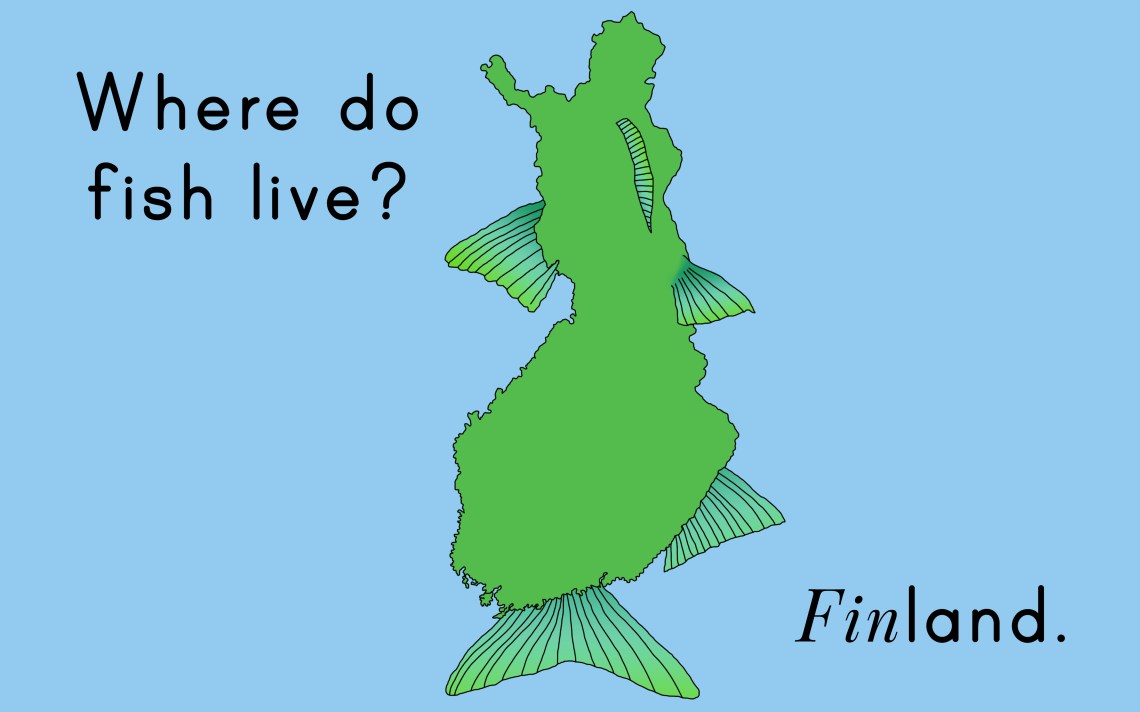 16. Why did the teenage fish get in trouble in class?

Because he was talking on his shell phone.

17. Why did the fish live at the bottom of the ocean?

Because they dropped out of school.

18. Who was the standout musician in the fish band?

19. Why did the chef quit his job at the diner?

Because he had bigger fish to fry.

20. Who was the best employee at the balloon factory?

21. The fish had a girlfriend, but he lobster.

22. Did you hear about the chef in that extremely busy seafood restaurant?

He had a lox on his plate.

But they are kraken me up.

26. Why was the fish given detention?

Because he was being too shellfish.

27. Did you hear about the newlywed shark couple?

They are swimming along nicely.

They will only string you along.

29. That big mouth bass got caught by a fisherman.

Now he is in a real boatload of trouble.

30. Did you hear about the illiterate fisherman?

He was lost at C.

But when I do, I do it just for the halibut.

32. Did you try out that new seafood restaurant?

33. What do you tell a fish when it’s overreacting?

You need to clam down.

34. What did the fish say when it ran into a wall?

35. I’ve been telling too many fish puns.

I think I’ll scale back. 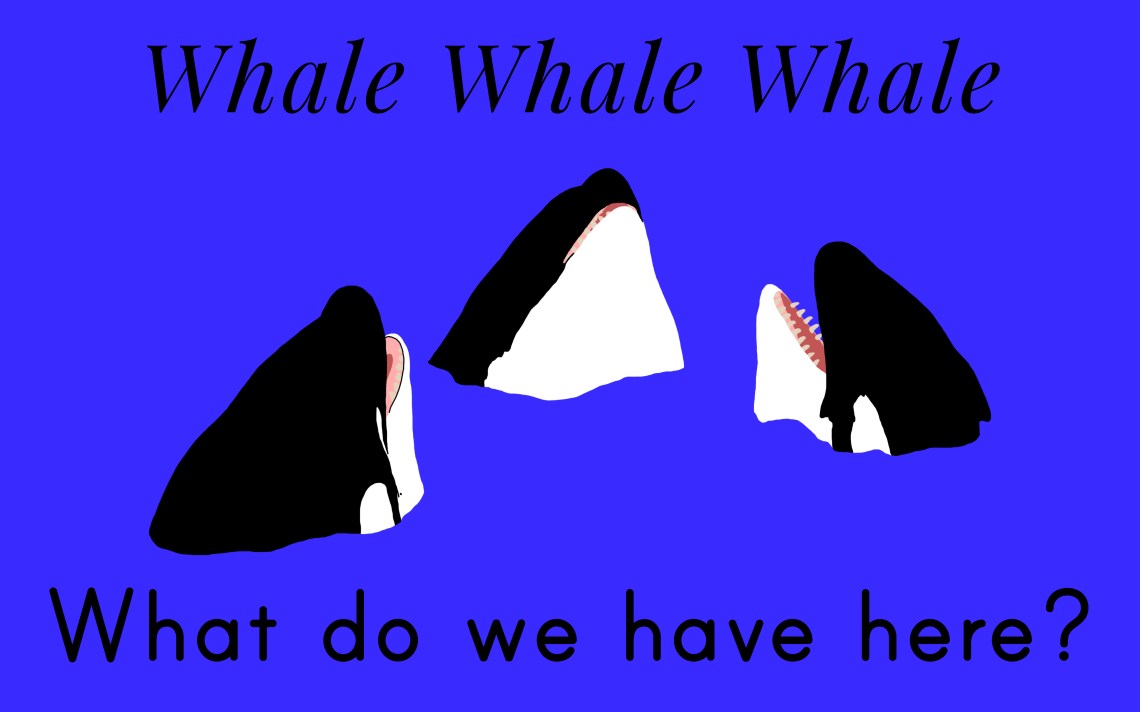 36. My school performed a play about fishing.

It was a huge hit because it had quite an amazing cast.

37. What is written on fish currency?

In cod we trust.

38. What made the octopus laugh?

39. Why is seafood healthy?

It’s really good for the mussels.

40. Why should you never fight an octopus?

They are well armed.

41. What is the most expensive fish?

42. What are fish that engage in organized crime called?

43. What is a fish’s favorite television show?

Never gonna give you up, never gonna let you drown.

Don’t leave it to salmon else. 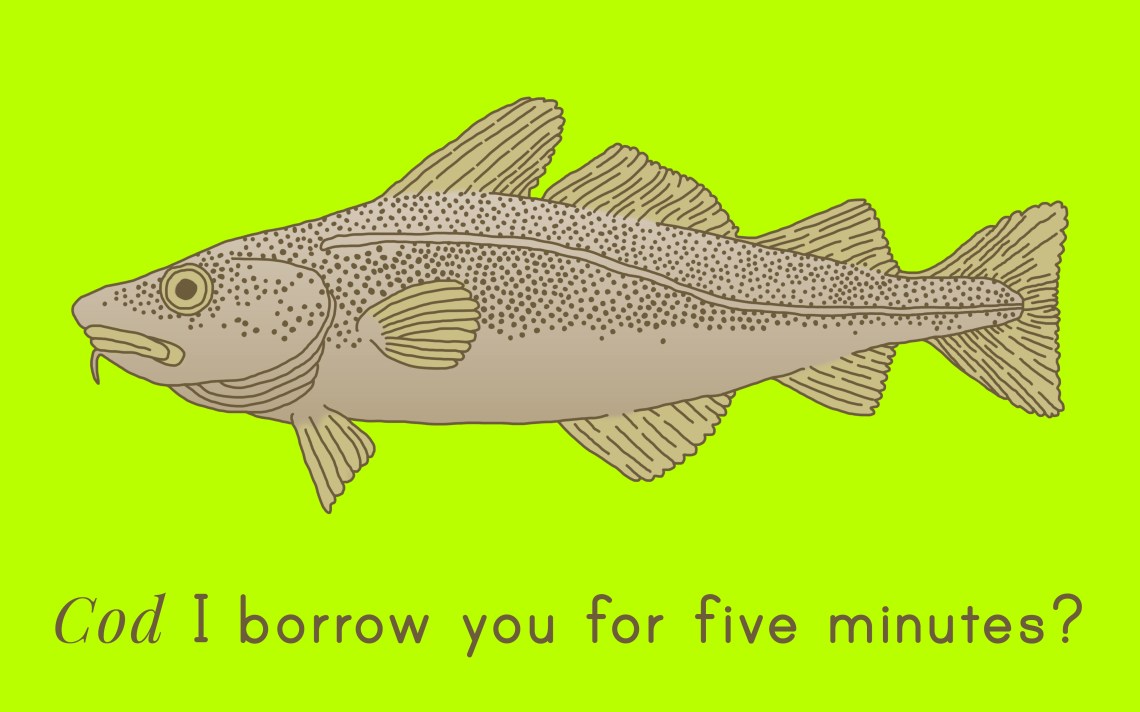 47. The man stranded on the island discovered something to start catching fish.

It was definitely a net-gain.

48. What did the employee say to his boss?

Yes, I will dolphinitely have those reports with you by the end of the day.

49. What did the boss say to his employee?

Cod I borrow you for five minutes?

Here are some more funny fish puns to tell your family and friends:

These funny fish jokes and fish puns can be inserted into any conversation: 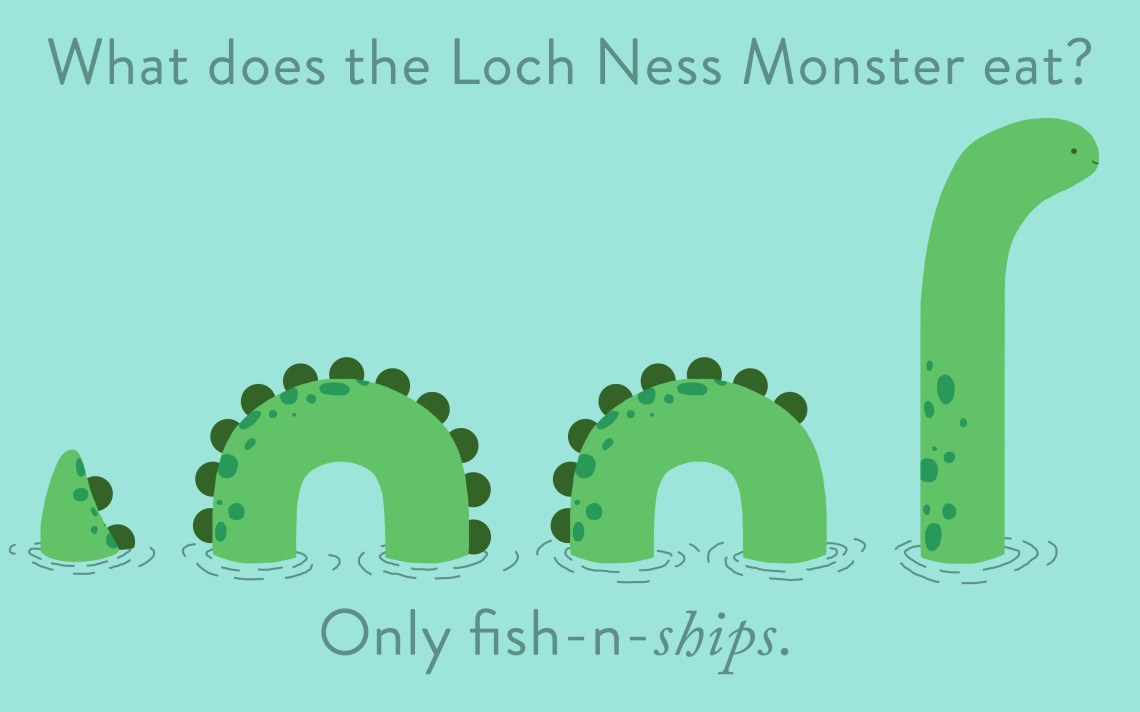