By January Nelson Updated April 29, 2021
Nothing is better than sex. But these sex puns come close.

If you aren’t getting laid, you should laugh at these sex puns to distract you from your loneliness. After all, ladies love a good sense of humor. Even if you aren’t going to get a strong orgasm tonight, at least you’ll get a strong laugh.

1. What did the leper say to the prostitute?

You can just keep the tip.

2. Why do Jewish men get circumcised?

Because Jewish women won’t touch anything unless it’s 20% off. 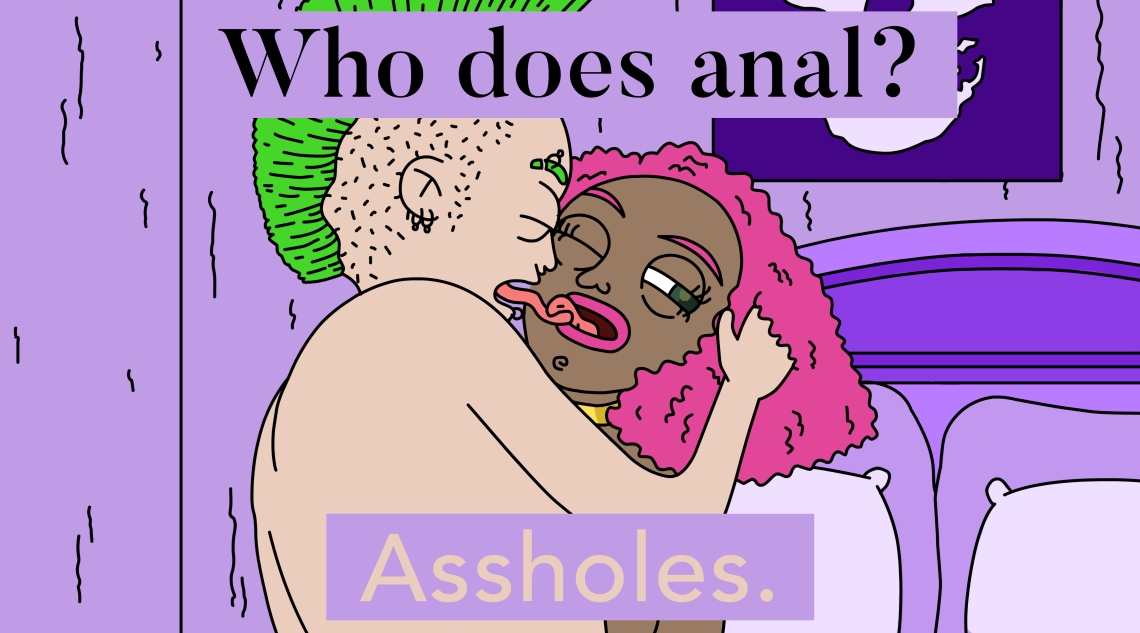 5. My boyfriend went to bed naked.

I think he has a boner to pick with me.

It has its ups and downs.

They are a mouthful.

But I don’t want to come across as cocky.

9. Why is sex similar to a thunderstorm?

You can never know how many inches you will get or how long it will last.

11. What do you call a ghost’s erection?

12. What’s the difference between three dicks and a joke?

Your mom can’t take a joke.

13. Did you hear about the penis-less man who ejaculated?

It came out of nowhere.

Every time I ask for sex… she  objects.

But the holes in the dialer were too small.

16. My German girlfriend likes to rate our sex between 1-10.

I guess now it’s clear why everyone calls me handsome.

18. My penis was in the Guinness book of world records.

Then the librarian told me to take it out.

I was in the women’s bathroom.

20. What did the saggy boob say to the other saggy boob?

“If we don’t get some support here people are going to think we’re nuts.”

21. What kind of bees produce milk?

23. What did Cinderella do when she got to the ball?

She asked me where I was going to find a dick to suck at this time of night.

26. What’s the difference between your dick and a joke?

Nobody laughs at your jokes.