While his true date of birth is not fully known, esteemed playwright, William Shakespeare, was baptized on April 26th, 1564 in Stratford-upon-Avon, Warwickshire, England. Shakespeare spent his days doing what he loved: writing, acting, and producing plays. On November 28th, 1582, he made Anne Hathaway his wife and together they bore 3 children: Susanne and the twins, Hamnet and Judith. Shortly after starting his family, he became a member of Lord Chamberlain’s company of players, “King’s Men”, in 1594. Joining this company gave him the opportunity to create the famous Globe Theater, work with the best actors, and become the greatest writer of his time.

With his death on April 23rd, 1616, William Shakespeare left behind a large legacy that seldom did he know, would be spoken about for centuries to come. In his lifetime, he wrote 37 plays that are classified as tragedies, comedies, or histories, he wrote 154 sonnets, and he published 2 full volumes of poetry. Alongside his widely read and analyzed writings, the famous Shakespeare also introduced the iambic pentameter which is now a form of poetry that is commonly used amongst writers. He also introduced upwards of 1,700 words into the English language that was not standardized in the 16th and 17th centuries. Shakespeare’s work left behind a vast amount of famous quotes and sayings that we still use today. Read the article below to find a Shakespeare quote to adore from one of his popular plays or sonnets! 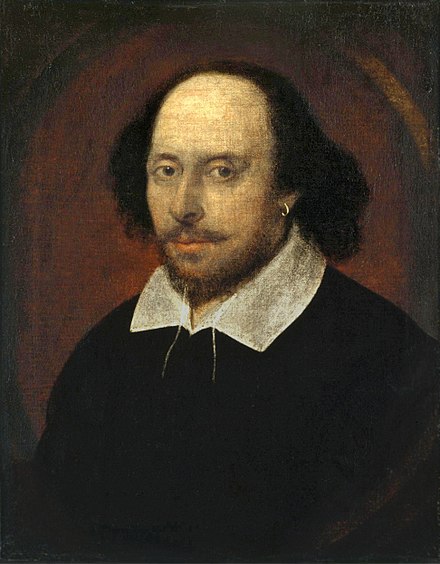 “Be not afraid of greatness. Some are born great, some achieve greatness, and others have greatness thrust upon them.” Twelfth Night, Act II, Scene V

“Love looks not with the eyes, but with the mind, and therefore is winged Cupid painted blind.” A Midsummer Night’s Dream, Act I, Scene I

“The fool doth think he is wise, but the wise man knows himself to be a fool.” As You Like It, Act V, Scene I

“Good Night, Good night! Parting is such sweet sorrow, that I shall say good night till it be morrow.” Romeo and Juliet, Act II, Scene II

“They do not love that do not show their love.” The Two Gentlemen of Verona, Act I, Scene II

“Love all, trust a few, do wrong to none.” All’s Well that Ends Well, Act I, Scene I

“To be, or not to be, that is the question: Whether ’tis nobler in the mind to suffer The slings and arrows of outrageous fortune, Or to take arms against a sea of troubles…” Hamlet, Act III, Scene I

“Doubt that the sun doth move, doubt truth to be a liar, but never doubt I love.”  Hamlet, Act II, Scene II

“Love is heavy and light, bright and dark, hot and cold, sick and healthy, asleep and awake.” Romeo and Juliet, Act I, Scene I

“In black ink my love may still shine bright.” Sonnet 65

“The course of true love never did run smooth.” A Midsummer Night’s Dream, Act I, Scene I

“So long as men can breathe or eyes can see, so long lives this and this gives life to thee.” Sonnet 18

“Men at some time are masters of their fates: The fault, dear Brutus, is not in our stars, but in ourselves, that we are underlings.” Julius Caesar, Act I, Scene II

“Doubt that the sun doth move, doubt truth to be a liar, but never doubt I love.” Hamlet, Act II, Scene II

“All the world’s a stage, and all the men and women merely players. They have their exits and their entrances; And one man in his time plays many parts.” As You Like It, Act II, Scene VII

“So we’ll live, And pray, and sing, and tell old tales, and laugh At gilded butterflies, and hear poor rogues Talk of court news; and we’ll talk with them too- Who loses and who wins; who’s in, who’s out- And take upon ‘s the mystery of things, As if we were God’s spies; and we’ll wear out, In a wall’d prison, packs and sects of great ones That ebb and flow by th’ moon.” King Lear, Act V, Scene III

“Conscience is but a word that cowards use, devised at first to keep the strong in awe.” King Richard III, Act V, Scene III

“How bitter a thing it is to look into happiness through another man’s eyes!” As You Like It, Act V, Scene II

“Some rise by sin, and some by virtue fall.” Measure for Measure, Act II, Scene I

“Give every man thy ear, but few thy voice.” Hamlet, Act I, Scene III

“Out, out, brief candle! Life’s but a walking shadow, a poor player that struts and frets his hour upon the stage and then is heard no more: it is a tale told by an idiot, full of sound and fury, signifying nothing.” Macbeth, Act V, Scene V

“And it must follow, as the night the day, thou canst not then be false to any man.” Hamlet, Act I, Scene III

“Don’t waste your love on somebody who doesn’t value it.” Romeo and Juliet, Act I, Scene I 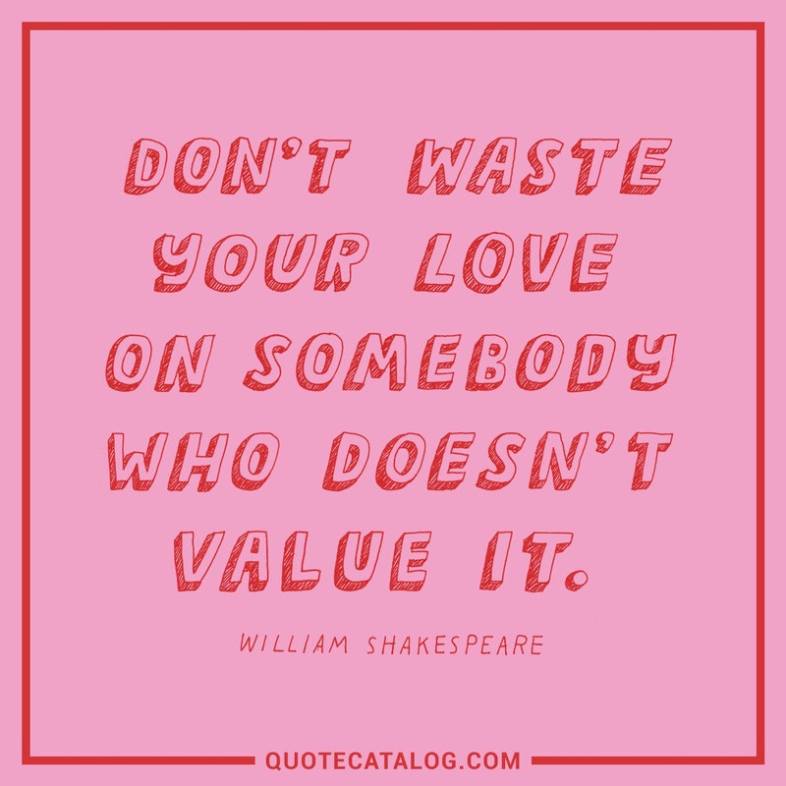 “What is honour? a word. What is in that word honour? what is that honour? air. A trim reckoning! Who hath it? he that died o’ Wednesday. Doth he feel it? no. Doth he hear it? no.” King Henry IV, Part I, Act V, Scene I

“Shall I compare thee to a summer’s day? Thou art more lovely and more temperate: Rough winds do shake the darling buds of May, And summer’s lease hath all too short a date.” Sonnet 18

“The robbed that smiles steals something from the thief.” Othello, Act I, Scene III

“It is a wise father that knows his own child.” Macbeth, Act II, Scene II

“How far that little candle throws its beams! So shines a good deed in a naughty world.” Merchant of Venice, Act V, Scene I

“We are such stuff As dreams are made on; and our little life Is rounded with a sleep.” The Tempest, Act IV, Scene I

“How art thou out of breath when thou hast breath to say to me that thou art out of breath?” Romeo and Juliet, Act II, Scene V

“This above all: to thine own self be true.” Hamlet, Act I, Scene III

“Why, then the world’s mine oyster.” The Merry Wives of Windsor, Act II, Scene II

“Look like the innocent flower, but be the serpent under’t.” Macbeth, Act I, Scene V

“The miserable have no other medicine but only hope.” Measure for Measure, Act III, Scene I

“To mourn a mischief that is past and gone is the next way to draw new mischief on.” Othello, Act I, Scene III

“Everyone can master a grief but he that has it.” Much Ado About Nothing, Act III, Scene II

“You pay a great deal too dear for what’s given freely.” The Winter’s Tale, Act I, Scene I

“Fair is foul, and foul is fair.” Macbeth, Act I, Scene I

“The world is grown so bad, that wrens make prey where eagles dare not perch.” King Richard III, Act I, Scene III

“Can one desire too much of a good thing?” As You Like It, Act IV, Scene I

“When sorrows come, they come not single spies, but in battalions.” Hamlet, Act IV, Scene V