The renowned German philosopher, classical scholar, poet, and cultural critic, Friedrich Nietzsche, was born on October 15th, 1844 in Röcken, Saxony, Prussia. From an early age, Nietzsche was recognized to have incredible intellectual ability which allowed him to excel through college and receive his doctorate from the University of Leipzig in 1869. Following his time as a student, he went on to become a professor of classical philology at the University of Basel. Sadly, his time as a classical philologist professor came to an abrupt halt due to his contracting of diphtheria and dysentery in 1870 while assisting the wounded during the Franco-German war.

The last years of his life were defined by pain and his deteriorating health. He spent the majority of his time working on his writing that, to his disappointment, was never fully acknowledged until after his death on August 25th, 1900. Nietzsche’s work was defined by his interest in evaluating the cultural values of Western philosophy, religion, and morality. They are often categorized into 3 separate timeframes and purposes: the early works flushed with a Romantic perspective and influenced by Schopenhauer and Wagner, the middle period which praised reason and science, and the mature writings which honed in on the origin and function of values in human life. He was believed to practice nihilism, the counter to Nietzsche’s philosophy that Western and contemporary culture is heavily influenced by the ‘ascetic ideal’.

Despite his short life that granted him little to no recognition, his work grew very popular in years following his death, becoming a profound influence on much of modern intellectual history. His ideas on the world influenced many great philosophers and psychologists of the past century with his writing still being analyzed and debated to this day. Friedrich Nietzsche left behind a grand legacy of intelligence and original thinking, creating some of the most profound Nietsche quotes we still hear today. Read through the Nietzsche quotes below to discover one to think about and be inspired by.

“That which does not kill us makes us stronger.”

“For the woman, the man is a means: the end is always the child.”

“Hope in reality is the worst of all evils because it prolongs the torments of man.”

“The true man wants two things: danger and play. For that reason he wants woman, as the most dangerous plaything.”

“Fanatics are picturesque, mankind would rather see gestures than listen to reasons.”

“Love is a state in which a man sees things most decidedly as they are not.”

“Whatever is done for love always occurs beyond good and evil.”

“Without music, life would be a mistake.” 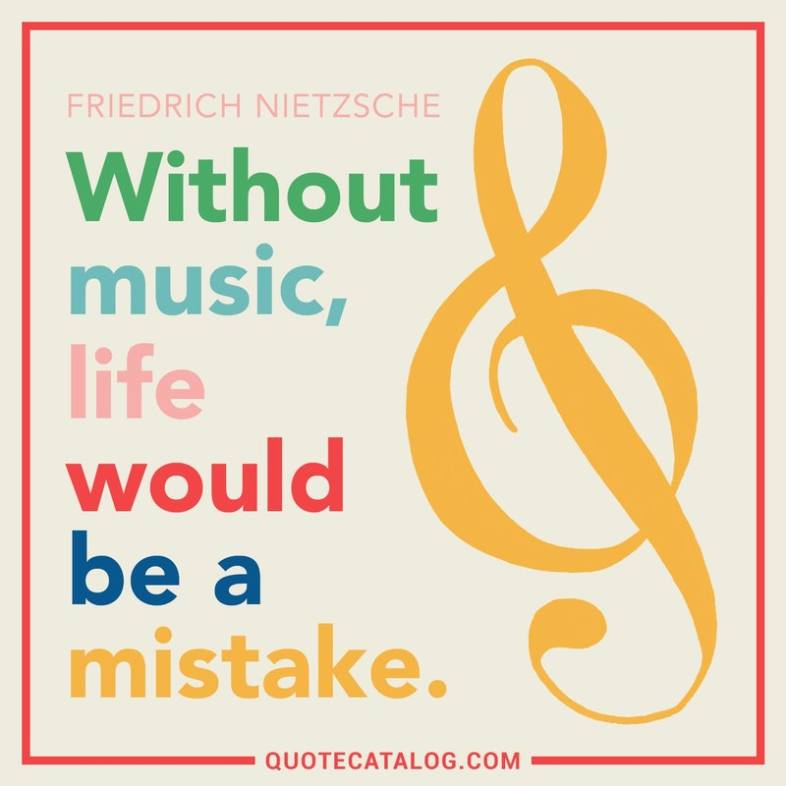 “I love those who do not know how to live for today.”

“It is not a lack of love, but a lack of friendship that makes unhappy marriages.”

“Of all that is written, I love only what a person has written with his own blood.”

“In every real man, a child is hidden that wants to play.”

“What is great in man is that he is a bridge and not a goal.”

“A pair of powerful spectacles has sometimes sufficed to cure a person in love.”

“Ultimately, it is the desire, not the desired, that we love.”

“Art is the proper task of life.”

“I know of no better life purpose than to perish in attempting the great and the impossible.”

“Life is that which must overcome itself again and again.”

“No one can construct for you the bridge upon which precisely you must cross the stream of life, no one but you yourself alone.”

“Is life not a thousand times too short for us to bore ourselves?”

“If you believed more in life you would fling yourself less to the moment.”

“The secret of reaping the greatest fruitfulness and the greatest enjoyment from life is to live dangerously.”

“The person lives most beautifully who does not reflect upon existence.”

“There are no beautiful surfaces without a terrible depth.”

“One ought to hold on to one’s heart; for if one lets it go, one soon loses control of the head too.”

“When one has not had a good father, one must create one.”

“To live is to suffer, to survive is to find some meaning in the suffering.”

“Here the ways of men divide. If you wish to strive for peace of soul and happiness, then believe; if you wish to be a disciple of truth, then inquire.”

“In the mountains of truth, you never climb in vain.”

“What is the truth, but a lie agreed upon.”

“Many a man fails as an original thinker simply because his memory is too good.”

“The man of knowledge must be able not only to love his enemies but also to hate his friends.”

“One may sometimes tell a lie, but the grimace that accompanies it tells the truth.”

“Convictions are more dangerous enemies of truth than lies.”

“Fear is the mother of morality.”

“The growth of wisdom may be gauged exactly by the diminution of ill temper.”

“In individuals, insanity is rare; but in groups, parties, nations and epochs, it is the rule.”

“All truly great thoughts are conceived by walking.”

“Thoughts are the shadows of our feelings — always darker, emptier, and simpler.”

“A thought comes when it will, not when I will.”

“A thought, even a possibility, can shatter and transform us.”

“Is man one of God’s blunders or is God one of man’s blunders?”

“The spiritualization of sensuality is called love: it is a great triumph over Christianity.”

“The earth has a skin and that skin has diseases; one of its diseases is called man.”

“There is more wisdom in your body than in your deepest philosophy.”

“You have your way. I have my way. As for the right way, the correct way, and the only way, it does not exist.”

“Whoever fights monsters should see to it that in the process he does not become a monster. And if you gaze long enough into an abyss, the abyss will gaze back into you.”

“Enduring habits I hate… Yes, at the very bottom of my soul I feel grateful to all my misery and bouts of sickness and everything about me that is imperfect because this sort of thing leaves me with a hundred backdoors through which I can escape from enduring habits.”

“There is an old illusion. It is called good and evil.”

“In some remote corner of the universe, poured out and glittering in innumerable solar systems, there once was a star on which clever animals invented knowledge. That was the haughtiest and most mendacious minute of “world history”- yet only a minute. After nature had drawn a few breaths the star grew cold, and the clever animals had to die.”

“I cannot believe in a God who wants to be praised all the time.”

“What, if some day or night a demon were to steal after you into your loneliest loneliness and say to you: ‘This life as you now live it and have lived it, you will have to live once more and innumerable times more’ … Would you not throw yourself down and gnash your teeth and curse the demon who spoke thus? Or have you once experienced a tremendous moment when you would have answered him: ‘You are a god and never have I heard anything more divine.”

The Uncomfortable Truth About Not Being Bisexual After All

A Goodbye Forever Letter To You

I Wasn’t Enough For You To Want Me

Depression Is So Much More Than Just Sadness