Benjamin Franklin was a statesman, scientist, and diplomat, best known for being a Founding Father and an inventor of things we use every single day: bifocals (glasses), the lightning rod, swim fins (flippers), the Franklin stove, and more. Ben Franklin’s inventions paved the way for others. Without Franklin’s role in the most pivotal moments in history, things might be quite different today.

Despite the little education, money, and resources when he was growing up in Boston, Massachusetts, he was an avid reader and taught himself how to write. When he was 16 years old, he contributed essays to a local newspaper under the pseudonym Silence Dogood. Then, when he was 17 years old, he ran away to Philadelphia and that’s when his success really began.

He was quite active in politics, too: he served in the Second Continental Congress, he helped write the Declaration of Independence, he negotiated in the Treaty of Paris (1783), and was a delegate in the Constitutional Convention. Along with all of this, he conducted a number of infamous experiments with electricity, creating inventions we use today.

Benjamin Franklin was a Freemason, a political theorist, an inventor, and so much more who lived to be 85 years old. He left us with brilliant inventions and we honor him and with museums, autobiography books, and with his face on every $100 bill. His legacy will live on forever! 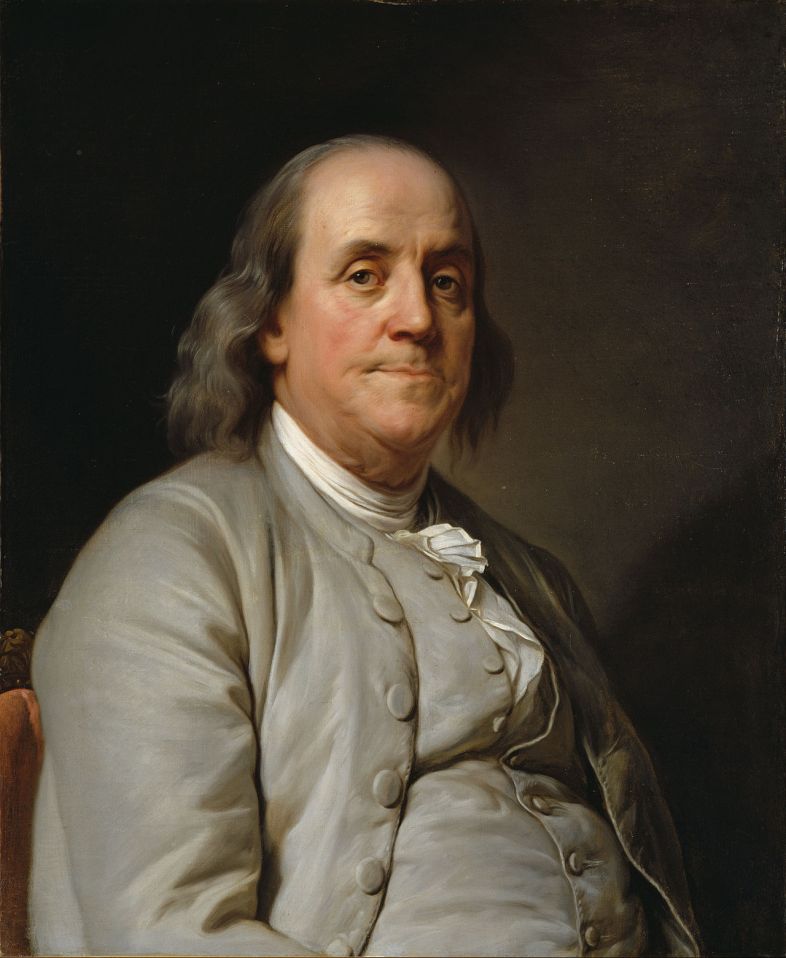 Here are some famous quotes by the legendary Benjamin Franklin:

“They who can give up essential liberty to obtain a little temporary safety deserve neither liberty nor safety.”

“The Constitution only guarantees the American people the right to pursue happiness. You have to catch it yourself.”

“There was never a bad peace or a good war.”

“Whoever would overthrow the liberty of a nation must begin by subduing the freeness of speech.”

“From a persuasion that equal liberty was originally the portion, it is still the birthright of all men.”

“Every man…is, of common right, and by the laws of God, a freeman, and entitled to the free enjoyment of liberty.”

“God grant that not only the love of liberty but a thorough knowledge of the rights of man may pervade all the nations of the earth, so that a philosopher may set his foot anywhere on its surface and say: This is my country.”

“I believe there is one Supreme most perfect being. […] I believe He is pleased and delights in the happiness of those He has created; and since without virtue man can have no happiness in this world, I firmly believe He delights to see me virtuous.”

“I agree to this Constitution with all its faults, if they are such: because I think a General Government necessary for us, and there is no Form of Government but what may be a Blessing to the People if well-administred; and I believe farther that this is likely to be well administred for a Course of Years and can only end in Despotism as other Forms have done before it, when the People shall become so corrupted as to need Despotic Government, being incapable of any other.”

“When the people find that they can vote themselves money that will herald the end of the republic.”

“Slavery is such an atrocious debasement of human nature, that its very extirpation, if not performed with solicitous care, may sometimes open a source of serious evils. The unhappy man who has been treated as a brute animal, too frequently sinks beneath the common standard of the human species. The galling chains, that bind his body, do also fetter his intellectual faculties, and impair the social affections of his heart… To instruct, to advise, to qualify those, who have been restored to freedom, for the exercise and enjoyment of civil liberty… and to procure for their children an education calculated for their future situation in life; these are the great outlines of the annexed plan, which we have adopted.”

“He that can have patience can have what he will.”

“You may delay, but time will not.”

“A penny saved is a penny earned.”

“Tell me and I forget, teach me and I may remember, involve me and I learn.”

“By failing to prepare, you are preparing to fail.”

“An investment in knowledge always pays the best interest.”

“Dost thou love life? Then do not squander time, for that’s the stuff life is made of.”

“Early to bed and early to rise makes a man healthy, wealthy, and wise.”

“Educate your children to self-control, to the habit of holding passion and prejudice and evil tendencies subject to an upright and reasoning will, and you have done much to abolish misery from their future and crimes from society.”

“Beware of little expenses; a small leak will sink a great ship.”

“Words may show a man’s wit, actions his meaning.”

“We are all born ignorant, but one must work hard to remain stupid.”

“Three may keep a secret if two of them are dead.”

“Love your Enemies, for they tell you your Faults.”

“In the Affairs of this World Men are saved, not by Faith, but by the Lack of it.”

“No gains without pains.”

“The way to see by faith is to shut the eye of reason.”

“Women are books, and men the readers be…”

“There cannot be good living where there is not good drinking.”

“Speak little, do much.”

“He that lies down with Dogs, shall rise up with fleas.”

“To all apparent beauties blind, each blemish strikes an envious mind.”

“Clean your Finger, before you point at my Spots.”

“Search others for their virtues, thyself for thy vices.”

“There are three faithful friends, an old wife, an old dog, and ready money.”

“He that’s content, hath enough; He that complains, has too much.”

“The World is full of fools and faint hearts; and yet every one has courage enough to bear the misfortunes, and wisdom enough to manage the Affairs of his neighbor.”

“In wine there is wisdom, in beer there is Freedom, in water there is bacteria.”

“Never ruin an apology with an excuse.”

“Fear not death for the sooner we die, the longer we shall be immortal.”

“I am for doing good to the poor, but…I think the best way of doing good to the poor, is not making them easy in poverty, but leading or driving them out of it. I observed…that the more public provisions were made for the poor, the less they provided for themselves, and of course became poorer. And, on the contrary, the less was done for them, the more they did for themselves, and became richer.”

“Be at war with your vices, at peace with your neighbors, and let every new year find you a better man.”

“Remember not only to say the right thing in the right place, but far more difficult still, to leave unsaid the wrong thing at the tempting moment.”

“The person who deserves most pity is a lonesome one on a rainy day who doesn’t know how to read.”

“He that is good for making excuses is seldom good for anything else.”

“Whatever is begun in anger, ends in shame.”

“Do not anticipate trouble, or worry about what may never happen. Keep in the sunlight.”

“The heart of a fool is in his mouth, but the mouth of a wise man is in his heart.”

“Be slow in choosing a friend, slower in changing.”

“…but in this world nothing can be said to be certain, except death and taxes.”

“Speak ill of no man, but speak all the good you know of everybody.”

“Never leave till tomorrow that which you can do today.”

“The best thing to give to your enemy is forgiveness; to an opponent, tolerance; to a friend, your heart; to your child, a good example; to a father, deference; to your mother, conduct that will make her proud of you; to yourself, respect; to all others, charity.”

“Life’s tragedy is that we get old too soon and wise too late.”

“It is easier to prevent bad habits than to break them.”

“Remember not only to say the right thing in the right place but far more difficult still, to leave unsaid the wrong thing at the tempting moment.”

“There never was a truly great man that was not at the same time truly virtuous.”

6 Reasons Why You Keep Hurting Years After Your Breakup