On February 6th, 1911 former United States President, Ronald Wilson Reagan was born in Tampico, Illinois. He started out his career in the world of Hollywood where he starred in over 50 films and met his first wife, actress, Jane Wyman. In 1940 Ronald and Jane were married and together they had two children, Maureen and Michael. In the coming years, he worked for the Army making training videos, and overtime his marriage ended in a painful divorce. Moving forward, Reagan became the president of the Screen Actors Guild in 1947 where he then met his future wife, Nancy Davis. They married in 1952 and had two children of their own, Patricia Ann and Ronald.

Branching away from the realm of acting, in 1964, Reagan gave a speech for Barry Goldwater which inspired him to later run and become the governor of California in 1966. This inspired him to continue his career in politics, eventually running to be the President of the United States in 1980. He won the election that year, making President Reagan the 40th President of the United States. In 1981, there was an assassination attempt made by John Hinckley that left the president with a bullet wound, but he healed and continued his presidency for another 4 years when re-elected in 1984. During his 8 years in office, Reagan navigated many difficult scandals and world affairs such as the Iran-Contra Affair and negotiating the end of the Cold War with the Soviet Union leader Gorbachev.

Later in life, in 1994, Reagan announced that he was diagnosed with Alzheimer’s disease which eventually caused his death in 2004. President Ronald Reagan lived a life full of many professions and unique experiences that led him to leave a large impact on the American people. Read the article below to discover some impactful Ronald Reagan quotes to share. 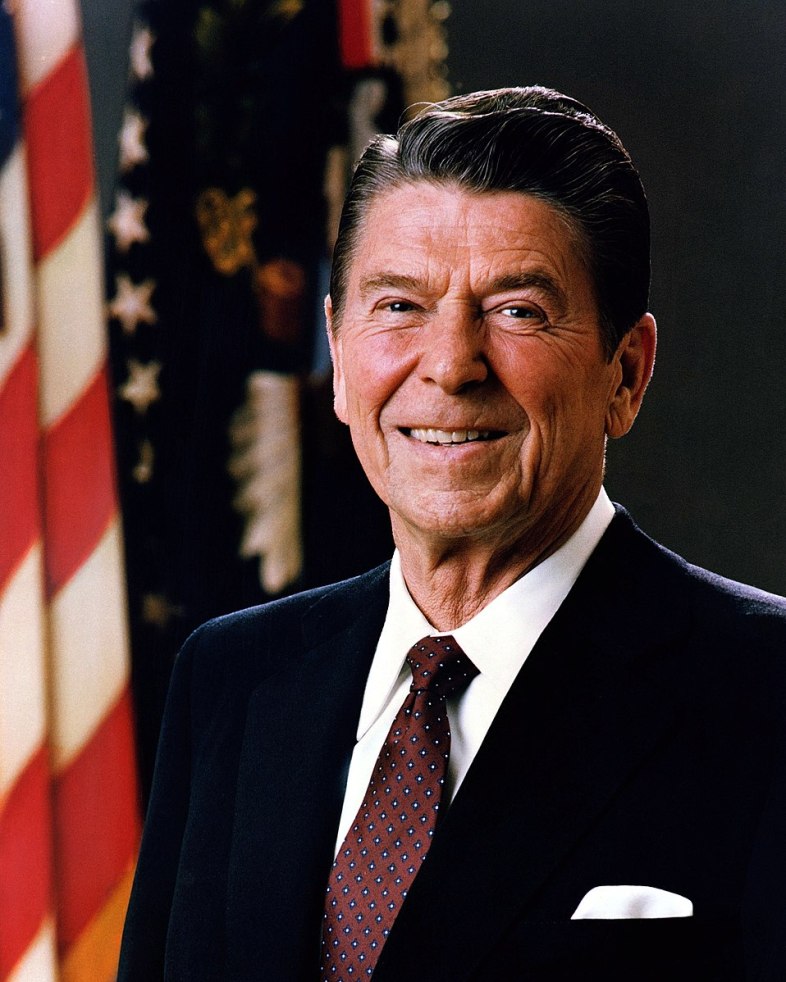 “Government’s first duty is to protect the people, not run their lives.”

“I know in my heart that man is good, that what is right will always eventually triumph, and there is purpose and worth to each and every life.”

“If there’s one observation that rings true in today’s changing world, it is that freedom and peace go hand in hand.”

“There are advantages to being elected President. The day after I was elected, I had my high school grades classified Top Secret.”

“Peace is not the absence of conflict, but the ability to cope with conflict by peaceful means.”

“You and I know and do not believe that life is so dear and peace so sweet as to be purchased at the price of chains and slavery.”

“It has been said that politics is the second oldest profession. I have learned that it bears a striking resemblance to the first.”

“There can be no freedom without order, and there is no order without virtue.”

“Above all, we must realize that no arsenal, or no weapon in the arsenals of the world, is so formidable as the will and moral courage of free men and women.”

“For years, I’ve heard the question: “How could an actor be president?” I’ve sometimes wondered how you could be president and not be an actor.”

“Life is one grand sweet song so start the music.”

“If we ever forget that we’re one nation under God, then we will be one nation gone under.”

“I more than love you, I’m not whole without you. You are life itself to me. When you are gone I’m waiting for you to return so I can start living again.”

“Freedom prospers when religion is vibrant and the rule of law under God is acknowledged.”

“The most terrifying words in the English language are: I’m from the government and I’m here to help.”

“America was founded by people who believe that God was their rock of safety.”

“We must reject the idea that every time a law’s broken, society is guilty rather than the lawbreaker. It is time to restore the American precept that each individual is accountable for his actions.”

“We are never defeated unless we give up on God.”

“I learned that hard work is an essential part of life—that by and large, you don’t get something for nothing—and that America was a place that offered unlimited opportunity to those who did work hard.”

“A nuclear war cannot be won and must never be fought. The only value in our two nations possessing nuclear weapons is to make sure they will never be used. But then would it not be better to do away with them entirely?”

“A nation that cannot control its borders is not a nation.”

“America is too great for small dreams.”

“A few months ago I told the American people I did not trade arms for hostages. My heart and my best intentions tell me that’s true, but the facts and evidence tell me it is not.”

“I was not a great communicator, but I communicated great things.”

“No government ever voluntarily reduces itself in size. Government programs, once launched, never disappear. Actually, a government bureau is the nearest thing to eternal life we’ll ever see on this earth!”

“There are no great limits to growth because there are no limits of human intelligence, imagination, and wonder.”

“My philosophy of life is that if we make up our mind what we are going to make of our lives, then work hard toward that goal, we never lose – somehow we win out.”

“I call upon the scientific community in our country, those who gave us nuclear weapons, to turn their great talents now to the cause of mankind and world peace: to give us the means of rendering these nuclear weapons impotent and obsolete.”

“If politics were a musical, it would be “Promises, Promises”.”

“Politics is not a bad profession. If you succeed there are many rewards, if you disgrace yourself you can always write a book.”

“Government is like a baby. An alimentary canal with a big appetite at one end and no sense of responsibility at the other.”

“[Freedom] must be fought for, protected, and handed on for them to do the same, or one day we will spend our sunset years telling our children and our children’s children what it was once like in the United States where men were free.”

“We can’t help everyone, but everyone can help someone.”

“When you can’t make them see the light, make them feel the heat.”

“All great change in America begins at the dinner table.”

“Don’t be afraid to see what you see.”

“Coercion, after all, merely captures man. Freedom captivates him.”

“Freedom is the right to question and change the established way of doing things.”

“Surround yourself with the best people you can find, delegate authority, and don’t interfere as long as the policy you’ve decided upon is being carried out.”

“The best minds are not in government. If any were, business would steal them away.”

“There are no easy answers’ but there are simple answers. We must have the courage to do what we know is morally right.”

“Protecting the rights of even the least individual among us is basically the only excuse the government has for even existing.”

“Heroes may not be braver than anyone else. They’re just braver five minutes longer.”

“The future doesn’t belong to the fainthearted; it belongs to the brave.”

“To grasp and hold a vision, that is the very essence of successful leadership – not only on the movie set where I learned it, but everywhere.”

“Don’t try to make your dreams a reality, they’re only filled with things that don’t make sense and trolls. Things are better in reality.”

“There is no limit to the amount of good you can do if you don’t care who gets the credit.”

“Never let the things you can’t do stop you from doing what you can.”

“A people free to choose will always choose peace.”

“Government’s view of the economy could be summed up in a few short phrases: If it moves, tax it. If it keeps moving, regulate it. And if it stops moving, subsidize it.”

“Preparing for the future must begin, as always, with our children. We need to set for the new and more rigorous goals.”

“To sit back hoping that someday, someway, someone will make things right is to go on feeding the crocodile, hoping he will eat you last – but eat you he will.”

“They had that special grace, that special spirit that says, ‘Give me a challenge and I’ll meet it with joy’.”

“There are no constraints on the human mind, no walls around the human spirit, no barriers to our progress except those we ourselves erect.”

“I spoke to ears that refused to hear.”

“Someday, the realm of liberty and justice will encompass the planet.”

“I’ve always believed that a lot of the trouble in the world would disappear if we were talking to each other instead of about each other.”

I Am Enough, No Matter What My Insecurities Tell Me

If You’re Struggling With Self-Confidence After Your Divorce, This Might Be Why