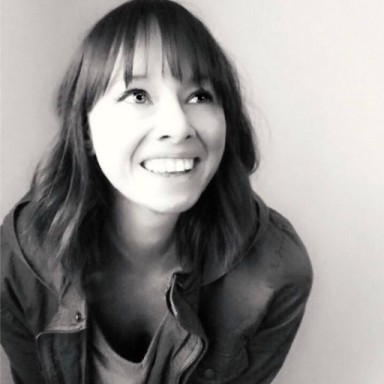 Back in early 2015, I published an article that introduces the question, Ladies, What Do You Have To Offer In Your Relationships?

“They sometimes seem to think that because they look good, have a college degree and a high paying career, that should be enough to satisfy the man of their dreams. As a woman, you can be smart, good looking, talented, accomplished, and make good money, but how much do those things matter to the one you are with?

Of course it’s good for women to evaluate the man she is seeing and how happy she is in the relationship, but it’s also necessary to think about his happiness too.”

Reading that article back to myself, I can say I would have written it differently if I were to sit down and write it today, but the intention of getting women to think would still be the same.

I remember writing it thinking that it might anger some women and possibly send a small mob of feminists after me, and I was willing to take that risk. However, that didn’t happen.

Instead, it garnered the most attention from angry men who call themselves MGTOW (Men Going Their Own Way). Like moths to the flame, these men came to the page all fired up, leaving comments about how Western modern women have nothing to offer men besides sex. Scroll down on the article and have a look for yourself.

It’s been well over three years and I am still getting comments and messages from that piece.

One MGTOW individual made a Youtube video where he reads my article and adds in some of his own opinions.

Most of the comments in both the article and video are slightly altered versions of the same cookie-cutter argument.

“Women have nothing to offer besides disappointment.”

“If I wanted a parasite, I’d go catch a disease somewhere.”

“Women are a waste of fucking space, if you like trouble and misery then get a women”

“Modern women have NOTHING to offer that is worth what they demand. The entitlement is out of control. MGTOW is the ONLY WAY.”

Lost in the mix of these angry comments are some reasonable voices who have constructive criticism about the current dynamics between men and women in relationships. Sadly, they were drowned out by the majority.

Since writing that article, I’ve been harassed and slandered by MGTOW continuously, but I wanted to bring the topic to light because I think it’s important to point out a simple truth that exists in spite of all the noise.

Regardless of what they say, you DO have something to offer.

Good men don’t think the way those guys do, and there are plenty of really good men who understand the value of a woman. I know this because I’ve met them. I have them in my life.

There was once a time when I was unsure of myself and my value as a person and as a girlfriend. Like a lot of young girls, it caused me to be insecure, jealous, and moody. I thought other women were better than me, although I couldn’t pinpoint why. I just thought there must be some reason why guys would want them over me. Maybe they were prettier, smarter, more fun or interesting. Without realizing, it was that lack of self-esteem that caused some people to see me in a lesser way.

If I listened to hateful comments, I would have been emotionally beaten down even further, but I refused to let that happen. I refused to listen to the riff-raff.

It took time and self-searching, but I came into understanding my worth as a woman, as a human being. Thankfully, I’ve had the best of people help in bringing that out of me.

Knowing your worth and what you have to offer is probably one of the most important things a woman can do for herself. It’s also just as important that she surrounds herself with people who understand the value that she brings.

You have something to bring to the table, but it’s up to you to figure out what that is.

It could be anything.

There are things inside of you that a man wants – that a man needs. Figure out which of these qualities comes more naturally to you and then make the most of it. Let these features show through you in such a way that it speaks for itself.

You are a woman. You give purpose to the world.

Don’t let anyone deny that fact.

Also, never tolerate men (or anyone) who accuse “modern Western women” of no longer being worth the time, money, energy, or resources. This is just a way for them to tear down and disqualify you, but it says more about them than it does about women. Let them be the miserable assholes. You don’t have to give a damn what they think.

And finally, never allow yourself to be misled into thinking that what you have to offer is insignificant. There will always be someone out there who needs what you have to give. You may not be every man’s cup of tea, but you are one man’s finest glass of whiskey.