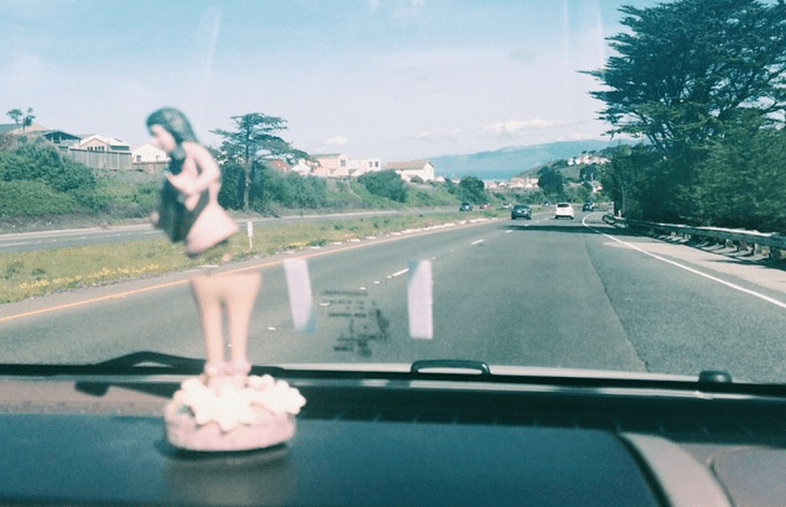 Amicable break-ups are a myth. A break-up can be mutual, it can be necessary, you can openly say that you care for the other person but the timing wasn’t right. But anything that ends with you crying on the bus ride home isn’t amicable. Almost relationship break-ups pose the same problem. There’s always something you wanted to say but didn’t. There’s always an apology you deserved and didn’t get – because you never asked, or because your not-boyfriend was unyielding. You will learn to accept the apology you never got because it’s the only choice you have.

2. Why they wouldn’t commit.

The real reason. Not the lie they’ll spin over drinks back when anything they said would have been believable enough. The almost relationship will end and you’ll see what they are actually hiding from because it’s what they’ll revert back to after your relationship ends.

3. That their “I can’t be in a relationship because” excuse was just a way to get your pity.

It was a real excuse. I’m going back to school for my degree, I have family issues, drug issues, commitment issues, etc. But it just you want to help them. You took them on as a project, as something you had to fix, as something you could tend to that wasn’t your own life. And they needed your support, your pity and your care so they didn’t stop you.

4. They picked you for a reason.

First, the obvious one: they were attracted to you. But also because you were willing to give support. You were easy to be around and while they could never say, “I love you,” or even “I like you,” they were addicted to being around you as much as you were to them. You were the high point of their shitty situation and they wanted to keep you around without giving you what you needed.

5. Almost break-ups still sting like any other break-up would.

You will cry and your stomach will heave. You stare at the wall of your bedroom, while sitting on your floor curled up in an uncomfortable but somehow comforting position. You will smoke or drink with friends, try for a laugh, come up with only a strained smile, as you try to push yourself into a place where you can no longer feel. It’s no different than ending a year long relationship.

6. They were robbing you emotionally, even after they became aware of it.

They didn’t know it all along, but once it became clear they didn’t back off because they were drawn to your affection. They took for granted the fact that you were too attached to say no, which is selfish on their part.

7. What you have to offer to a “real” relationship if you ever want one.

You know exactly what kept your almost relationship coming back. Someone who wants to commit to you – should you ever want that – will appreciate those qualities.

8. That you deserve more if you want it.

People will say you get the love you think you deserve and the almost relationship is the most obvious proof. When you’re on and off again, it says something that you keep going back to the one who won’t commit when there are people who would. So why were you choosing to stay with someone who won’t commit to you? Because you already knew, on some level, that they were only capable of a half relationship. Ask yourself why that appealed to you: Why did you think that was what you deserved at the time?

9. That relationships come in every different form.

Almost relationships are eye opening in that you become more open to every different form of love, even the ones you would never try. When you’ve been with someone who’s able to give you support but in a different, less committal way, you understand more than just heterosexual or homosexual relationships because everyone has different needs at different times.

10. It’s harder than some of your other break-ups because you have just as many emotional challenges, but half the emotional support.

For someone you invested so much time in and so much emotional effort into, your friends hardly met them. They heard the highs and lows but because your almost relationship didn’t have the friend exposure of a relationship, you get far less sympathy. You don’t need their pity so much as you need them to acknowledge that you’re going through something.

11. Your almost relationship wouldn’t have lasted as long If they didn’t have feelings for you.

It’s a consolation prize at best, but it’s still true. Having everything but the title means they wanted you enough to not back out even though it wasn’t a solution that would last.

12. That “you only get what you give” is bullshit.

You give and give and give and get nothing in return sometimes and it is actual shit. It is not fair and you are allowed to be angry that someone would feed off of your security as much as your almost relationship did.

13. That they’ll miss your emotional support and they deserve it.

You’ll feel guilty for thinking that they deserve it, but you shouldn’t. If you are the kind of person who gives support without asking anything in return, you’re also the person who will hurt while still wanting the other person not to. But your absence will hurt them too and they deserve to feel that.

14. To be grateful when things end.

When you are a year or two or three removed from your situation, you will be glad it ended when it did. You can get too comfortable in unhealthy relationships, but ending them gives you the opportunity to put yourself in a better situation, and not just romantically.