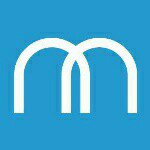 What happens when you’re not up for meaningless one-night stands but aren’t ready to make your romance official? That’s when you find yourself in a situationship.

A situationship is something in between casual and committed. It’s an ambiguous agreement to share some responsibility and emotional connections with one another without putting a label on things. We used to call this behavior “dating,” but everything in 2020 and beyond has to have cool new lingo.

Are situationships healthy? Can you make them evolve into committed partnerships?  That’s what we’re here to find out.

Do you like someone who isn’t willing to make it official and you’ve decided you’re ready to try going casual with them?

Here are some of the pros and cons of being semi-committed.

PRO: You still have the thrill of the chase

One of the reasons that commitment tends to bore people is because the longer you’re with someone, the less exciting it is. You no longer have the thrill of the chase, and your list of “firsts” (e.g., first kiss, first date, etc.) starts to dwindle.

When you’re in a situationship, you’re still playing a thrilling will we/won’t we game with your crush, which means your next thrill is right around the corner.

A lack of commitment could be considered a pro or a con, depending on your preference.

For some, the lack of commitment may sound like a reason to celebrate, but consider this: No commitment means you’ll never feel secure.

If you have a wild crush on the person you’re spending all of your time with, there’s no guarantee that they won’t break your heart. Even if there is some level of emotional commitment in your relationship, that doesn’t mean there will be intimate exclusivity.

When you don’t make things official, there is no pressure, which can take a lot of stress out of the relationship. You don’t have to worry about moving in together, popping the question, having kids, or meeting the family. All you have to do is have fun and enjoy each other’s company.

No pressure also means you aren’t reporting to someone else. While it’s always polite to let someone you’re emotionally intimate with know what’s going on with you, there is no responsibility to let your partner know where you’re going, who you’re with, or what you want to do next!

One downside to a situationship, especially one that isn’t going anywhere serious, is that you may be ruining a great friendship by catching feelings for each other.

One pro of being in a situationship is that you don’t have to put up with a romance you don’t like. You haven’t made any promises to your crush, so if they start making rules you aren’t comfortable with, turn into a jerk, or display toxic traits, you can bail on the romance without a second thought.

CON: You aren’t building a future

If you’re someone who dreams of getting married and starting a family, a situationship probably isn’t for you.

You can be in a situationship with someone for years and not be building toward anything—engagement, a house, pet, kids, etc. For some, this could make a situationship feel like a giant waste of time.

One of the best parts of being in a situationship is that you don’t have to suck it up for awkward social gatherings with your spouse. You don’t have to do any of the following:

Include your partner in any future plans

Can a situationship lead to a relationship?

If you and your casual partner have strong chemistry, love being around each other, and develop deep feelings for the other, turning your situationship into a relationship is just a conversation away.

Both partners must be willing to openly and honestly communicate their feelings. Although, sometimes a simple “I really like you, and I feel like this partnership works for me. How do you feel?” is the easiest way to make things official.

Can a relationship turn into a situationship?

As for whether a relationship can devolve into a situationship, the answer is, without a doubt, yes. The longer you are with someone, the clearer it becomes whether or not you have a real future together.

After dating for some time, even if it’s been years, you may start to feel more like friends who just kiss than partners who are madly in love.

Should I try a situationship?

The risk isn’t worth the emotional uncertainty and stress you’ll put yourself through, hoping your crush will come around.

In the end, you either like someone or you don’t. It’s that simple!

Don’t settle for a situationship when a relationship is what you’re after. Be brave enough to have the “What are we?” conversation and you’ll be on your way to a satisfying and stable connection to your partner.

Sylvia Smith is a featured writer for Marriage.com, a reliable resource to support healthy, happy marriages.