1. Confident women don’t analyze if he likes them – they assume he does. 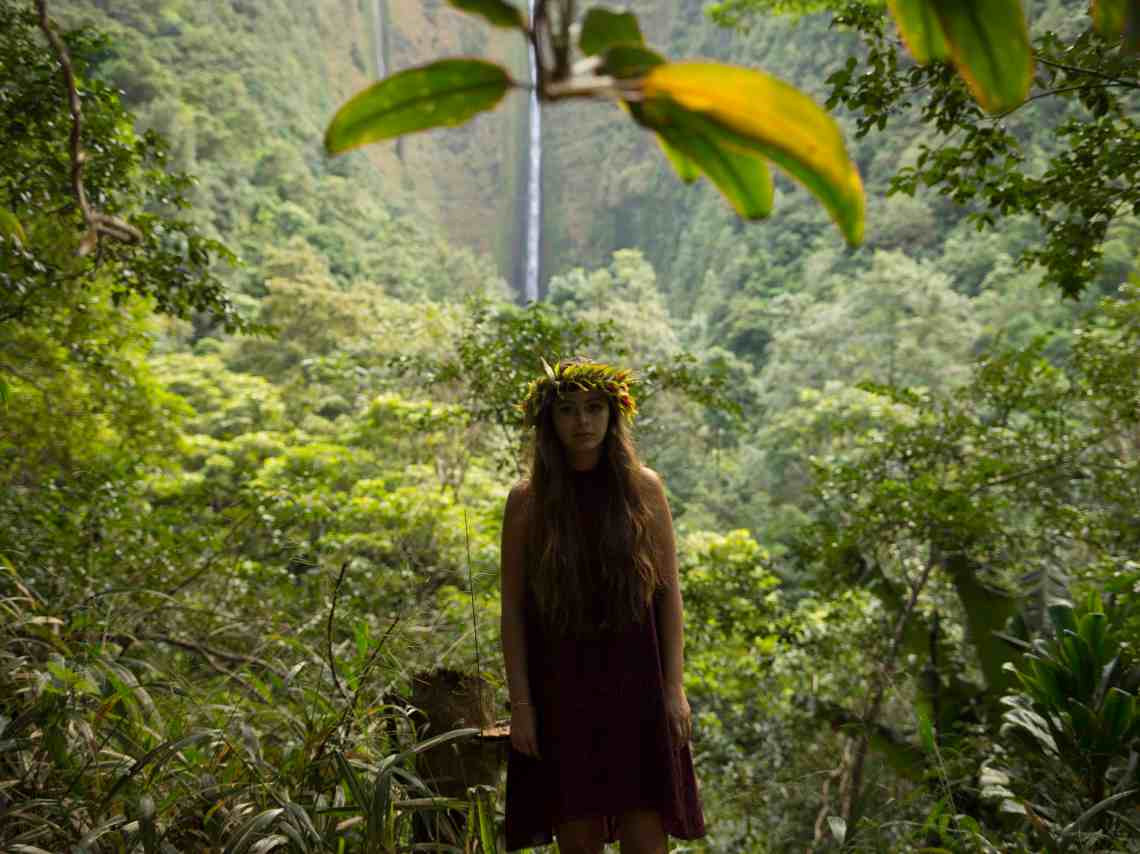 People with high self-esteem believe they are worthy of love and don’t question how someone feels about them. They know that they are good, competent, and lovable and trust that the right person for them will see this. They don’t attach their worth to what a guy thinks and, as a result, don’t feel stressed and anxious when a guy’s feelings are unclear. Instead, they assume he likes them and are able to be present in the relationship and enjoy it without being weighed down by fears and doubts.

2. Confident people realize if a relationship falls apart it’s because it wasn’t right.

Not because they did something wrong.Not everyone is a match and sometimes, two people are just incompatible. This doesn’t make either of them flawed or bad – sometimes it’s just not there. Confident women don’t take it personally when a guy doesn’t want a romantic relationship. They realize that it must not be the right match and they move on, with their sense of self firmly intact.

When a girl is insecure, however, and a guy leaves, she spirals. She may obsess, analyze, and replay every interaction in an attempt to uncover what she did wrong. She may know on a conscious level that it simply wasn’t a match, but deep down she holds on to the destructive belief that she was the problem…and that she is unlovable and the guys she wants will never want her back.

Healthy personal boundaries and high self-esteem go hand in hand. Having strong boundaries means you prioritize your needs and your emotions and do not assume responsibility for someone else’s needs and emotions.

Confident women know what they will and will not accept and don’t allow themselves to be pressured or guilted into doing things they don’t want to do. They act in accordance with who they are and what they believe and don’t cater their behavior for a guy, or do things solely to keep him interested and happy. When you have weak boundaries, you may sell yourself out in a relationship and put up with treatment that you know is objectively unacceptable. Confident people don’t abandon parts of themselves in order to have a relationship. They bring their fully formed self into the relationship and if the guy wants something else, or something more, they leave.

A woman with healthy boundaries will not lose herself in a relationship, and will not allow her identity to be entirely contingent upon how he sees her. She will continue to maintain her own life outside of the relationship without giving up her friends, hobbies, or alone time. She won’t abandon important parts of herself or her life for the sake of the relationship and if a guy wants something else or something more than she’s willing to give, she’ll leave.

4. Confident women trust themselves and the decisions they make.

A key component of having high self-esteem is trusting yourself to make the right choices while also realizing you are well equipped to cope should things go awry. People with high self-esteem don’t constantly question their actions and feel conflicted about the right thing to say or do. They act on how they feel and are comfortable being their true, authentic selves.

People with low self-esteem don’t trust their judgment, don’t trust their gut instincts, and are afraid of being wrong. As a result, they either live their lives in a constant state of anxiety, or they look to others to guide them along the right path. This obviously does not do much to help one’s sense of autonomy, which is also a key element of healthy self-esteem.

5. Confident women don’t show off or talk themselves up.

Confident people don’t need to tell the world how great they are. Only insecure people secretly feel that they are unworthy and feel the need to hide this by bragging about their achievements or talking themselves up.

A woman who reveals herself gradually, carefully peeling back the layers over time, is significantly more attractive than a woman who lays it all out there. When you feel that you are worthy, you don’t need to tell people…they just know. A big mistake insecure women make in the early stages of dating is selling themselves to a guy. This can be completely innocent, but it comes from a deeper sense of insecurity and inadequacy. Confident women don’t need to sell themselves; rather, they use dating as a means to determine which guys are worthy of their time and affection.

Confident people accept responsibility for their actions and emotions. They don’t blame or shame their partners if they feel unhappy and don’t accuse him of “making” them feel a certain way. They don’t blame men for being jerks and they don’t view themselves as the victims of other people and circumstances.

They realize that their time is their responsibility. As a result, they don’t wait around in dead-end relationships, hoping something will magically change. And they don’t blame their exes for wasting their time. They take responsibility for their choices, both good and bad, and use mistakes as opportunities to grow and become even better.

7. Confident women take the relationship for what it is and don’t need it to be a certain way.

Confident people feel secure in their relationships. They don’t need to have a title or a ring as some sort of confirmation that the guy cares. They are able to just be present and in the relationship and let it unfold organically, without force or pressure. This is not to say they stay with guys who won’t commit and are all cool and go-with-the-flow about it. If a guy can’t commit in the way they want, then they’ll move on. They are able to give and receive freely in their relationships and as a result, they don’t stress out about labels. They just know that if it’s right, it will work out. And if it’s not right, they’ll move on. 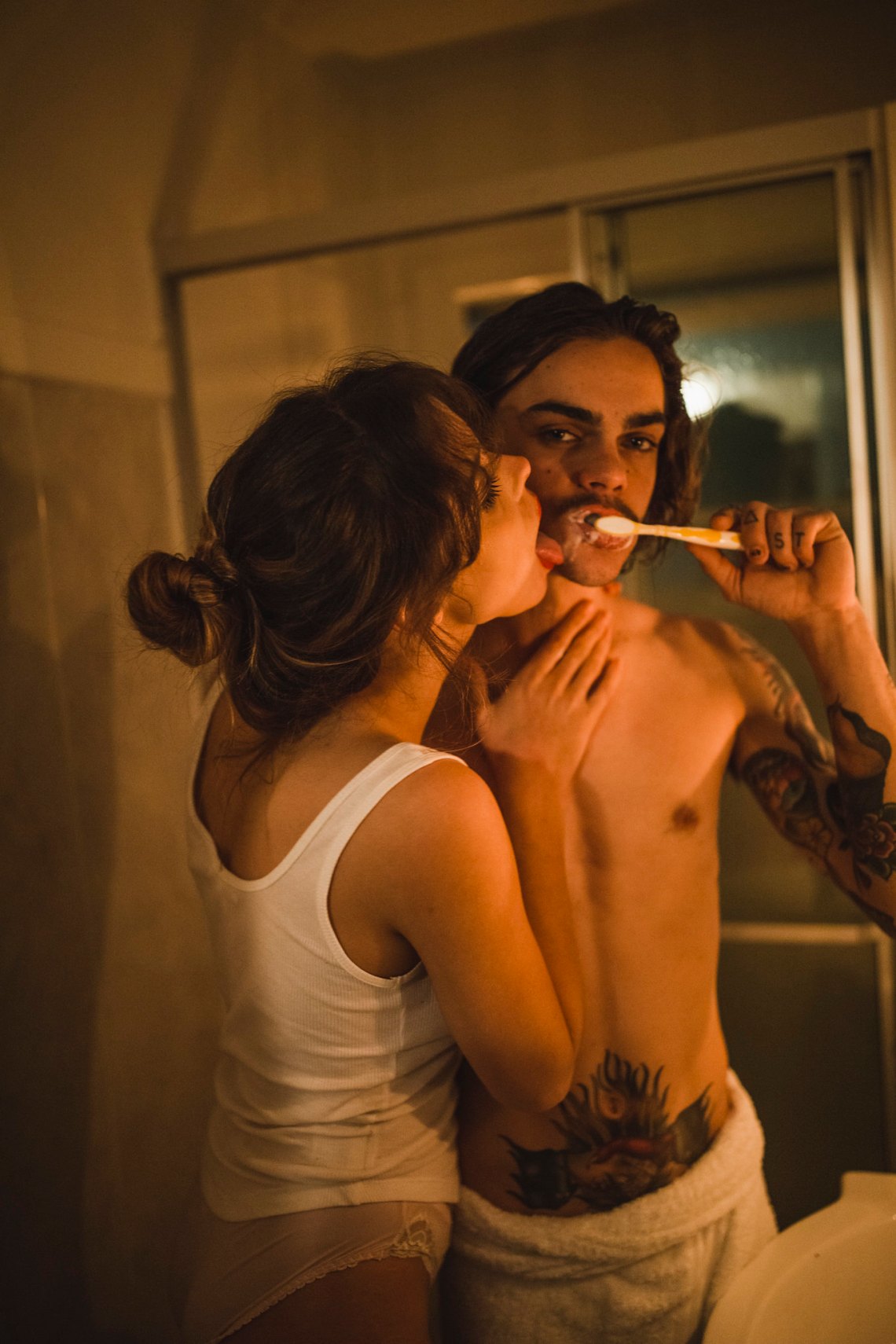 Confident people do not stay in relationships where they don’t feel respected, appreciated, and valued. And they don’t assume full responsibility if a relationship isn’t working and take it upon themselves to try to solve the problem by giving and doing more. They aren’t afraid to walk away when something isn’t working and the thought that they won’t be able to find better or that they will wind up alone doesn’t cross their mind. The can quickly see when a situation is damaging and will remove themselves immediately.

Only insecure people put up with treatment that is unacceptable, in large part because they feel that that’s what they deserve on some level. When you learn to value yourself, you will weed out anyone who doesn’t truly value you.

People with high self-esteem know they are loved and lovable. They don’t need a guy to remind them every day – it’s just something they feel and know. When you are insecure, you need constant validation and become resentful if your partner doesn’t give it to you. You blame him for “making you” feel insecure in the relationship, or unloved. You may work harder to try to please him and earn his love, or you may withhold your love and affection to even the score. This manifests as neediness (the number one relationship killer): you need constant reassurance and if you don’t get it, you lash out and blame your partner for not providing it.

The fact is, if you don’t feel good about yourself, nothing he does will ever be enough. If you don’t truly believe you are worthy of love, you will never believe someone else can love you. What happens is the relationship becomes a battle of wills: you fight for validation, he retreats because he feels pressured and suffocated, you view his retreat as a sign he doesn’t love you and fall into despair, he resents that nothing he does is good enough and the fact that you don’t trust how he feels and stops trying, you see this as further proof he doesn’t care…and either the relationship ends or continues to make you both miserable indefinitely.

Confident people use their head and heart when choosing a romantic partner. They are able to quickly assess if someone is emotionally healthy and can give them what they need in a relationship. They don’t let their ego get too intertwined with their emotions and they make sure they are fundamentally compatible with someone before they get too involved.

A core concept to understand when it comes to relationships is like attracts like. Meaning, a confident person will attract another confident person. An insecure person will unconsciously seek out relationships with men who will make them feel more insecure. They will want the unavailable guys, the guys who can’t commit, the guys who have walls up. These are the ones they will feel infatuated by, not the ones who show real, genuine interest. Oftentimes, this happens because on an unconscious level, the insecure girl feels that if she can break through his walls, or get him to change his ways, then she’ll really be worthy and valuable. This never, ever works. Instead, she just ends up compromising her integrity even further by chasing the relationship.

If you don’t value yourself, then you will always be attracted to people who don’t value you either. Confident people value and accept themselves for who they are. They embrace the good, and are accepting of the not-so-good. As a result, they attract quality partners and are able to connect on a real, genuine level, one that leads to real intimacy and a healthy relationship.

Sabrina Alexis is a writer and the author of the book Everything You Need To Know If You Want Love That Lasts. 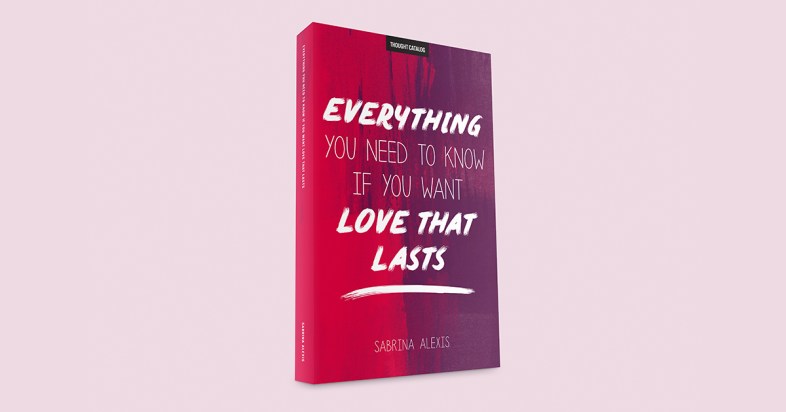 For more about Sabrina and her book, check out howtomakelovelast.com.

The fact is, if you don’t feel good about yourself, nothing he does will ever be enough. If you don’t truly believe you’re worthy of love, you will never believe someone can love you.

“I’m currently on a huge self-help kick and I could identify with a lot of the situations mentioned within the book! I would definitely recommend this book to any women who may be having issues within a relationship or with the men in their life in general. I’m going to pass this book on to one of my best friends now!” — Aubrey