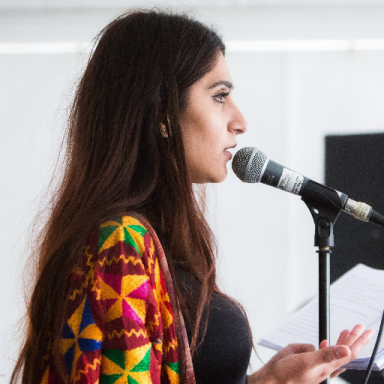 For someone who grew up binge-watching (as much as my 8-year-old-self could) Disney fairy tales where Cinderella was swept away by a dashing Prince Charming, and the only saving grace for Snow White’s lifelong slumber was “true love’s kiss,” again, from a man, witnessing the release of a coming of age show that explores the idea of a group of girls being left to survive on their own on a deserted island was something I never expected to find so much of myself in. 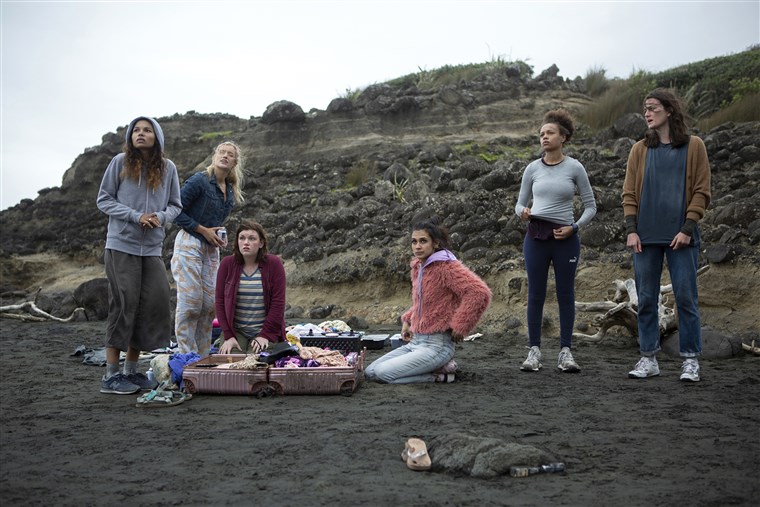 Named The Wilds, this dystopian-survival drama follows the lives of a diversified group of teenage girls who have been thrown into adverse circumstances after their plane crashes, leaving them stranded on an island.

Being a teenage girl is already tough. Add to that an abandoned island, a survival struggle, and the emotional turmoil of being shipwrecked and you have the ultimate young adult drama. And while I’m expecting lots of fallouts, challenges, and emotive explosions – I’m also expecting learning and growth. In all areas of the teenage girls’ lives.

The reason for this is because every character in this show will bring a particular angle to this whole experience. She will have her own inner dilemmas. Battles. Personal issues. Family drama. Previous trauma. Feelings-for-the-other/same-gender concerns. Body image fears. Insecurities.

Intricate details from their lived experiences will contribute to the girls they are and the women they become. It will be tremendous to see their identity both before this exceptional event in their lives and after. And no one can understand how impactful such journeys can be better than I can.

Out of all the main characters in the show, I can hugely relate to Dot. 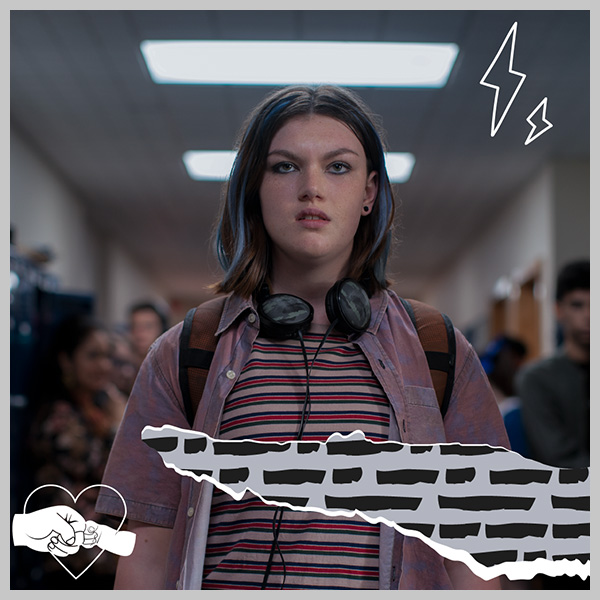 Dot isn’t your quintessential teenage girl with nails painted bright pink and a Starbucks coffee in her hand.

Dot is fierce. She is balled up fists and eyebrows scrunched together, with confidence dripping off her like a cape. She’s firm, courageous, and responsible. So, when she gets stranded on an isolated island with other girls her age, what does she do?

I’ve done this for much of my life. Tenderly nicknamed “control freak” I have two to-do-list diaries to track my daily and weekly tasks. When something doesn’t go according to plan, I go crazy. Not having control over a particular aspect in my life makes me anxious and knowing that my day/week is panning out the way that I hoped gives me so much happiness. I like knowing that other people can come to me if they need me, and I like that they view me as the girl with most of the answers.

As light-hearted as it sounds, my “controlled” nature isn’t a personality trait that I’m naturally endowed with. It was practically forced on me by the fight or flight response that my body adopted in relation to the circumstances that I found myself in.

I grew up too soon.

I was expected to learn the ways of the world before I even learned what had happened to my life. In a way, just like the girls in The Wilds, I was also stranded.

I was stranded on the dark island of my first healing journey after the plane of love, laughter, and family came crashing down when I was just 4. The tremendous growth that this experience instilled in me has contributed vastly to the person that I’ve become today.

Aside from emotional maturity, I also developed a strong sense of control.

Spending most of your childhood/adolescent years having little to no control over what happened to you and those you loved deeply affects you as a person. For me, the lack of control meant anxiety. Fear. Distress. Uncertainty about where my life was headed and what was to come next.

Control gave me direction. A sense of purpose. It allowed me to take back the leash of my life and direct it the way I wanted. 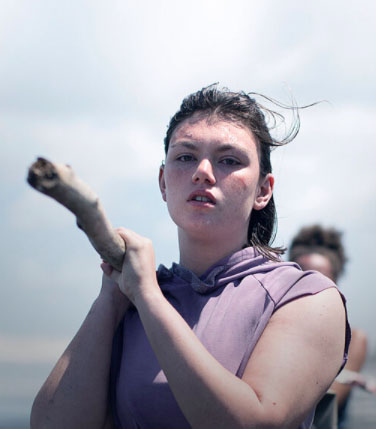 Moments of impact can change the course of your life forever. It’s in those moments that everything you’ve experienced until then comes to the forefront. If you’ve lived an “easy or carefree” life, being stranded in the pit of despair can take a lot out of you. But if you, like myself and Dot, have had to adopt responsibility as your second nature from a young age, when everything in your life falls apart (and not for the first time) you take control, pick up those pieces, and put them back together again.

During moments of despair, personalities like Dot’s are looked to for comfort and security. Because when you’ve witnessed more than enough in your yesteryears, what’s the difference between a deserted island and an empty room where there’s nothing but your insecurities, fears, and anxieties staring back at you?

In the last 21 years of my healing journey, I’ve grasped the following lessons:

3. Certain moments of impact can change your entire life forever.

4. You can never go back to who you were.

5. You are not your experiences – you are what you choose to make of those experiences. 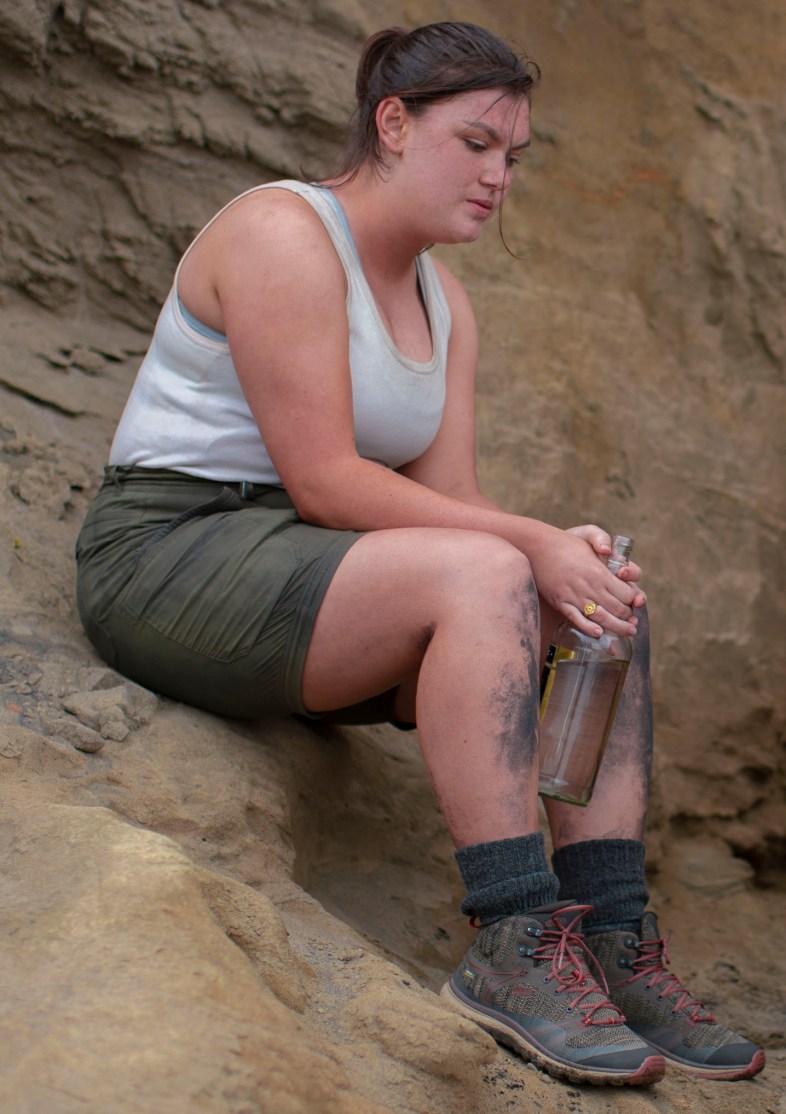 The degree of my evolution as a person, and as a woman, has been profoundly determined by that single event that transformed my life forever. There’s a tremendous difference between who I was before then (a tiny, pudgy 4-year-old who had no idea what her future held) and who I’ve become now.

Had that event not taken place, would I be a different Ruby?

In the same way, from December 11, 2020, we will watch how the lives of these young girls unfold and change. What’s even better is that we all get to watch the first episode together for free.

Just remember that there’s a huge disparity between who these girls were and who they will become. Those five lessons above will be experientially passed down to them and they won’t even realize it until later. It will be a time of growth and learning – in the rawest, truest form.

Watch the first episode of ‘The Wilds’ for free for a limited time on Prime Video’s YouTube.

Poetess, Bestselling Author and Speaker with a love for cookies.