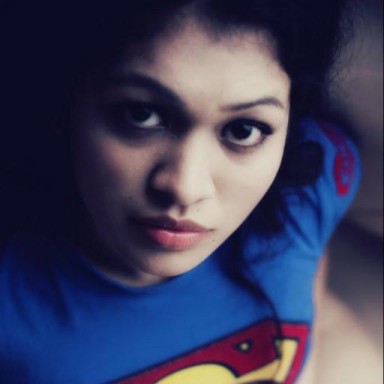 You know how they say that girls always go for assholes, that they leave nice guys by the wayside? And you get a busload of self-proclaimed ‘nice guys’ whining and bitching about how they’re overlooked, how they’re friend-zoned, how despite always being there and serving as a shoulder to cry on they just never get a chance to prove how good they would be to whichever girl is the object of their affections.

Well, I’m sick of that whole schtick. I really am, sick to death of it. It makes girls look like these awful ungrateful, whining brats who don’t know a good thing when they have it. It makes us sound like gluttons for punishment, like hard-hearted bitches who trample all over nice, giving ‘good guys’ in our mad scramble to bed the bad boys.

I’m gonna call bullshit on that.

See, I’ve got a theory, and it’s that we’re all possessed by this need to be special, to be different – to matter so much to the person we choose to be with that we eclipse all that came before and all who will come after.

And yes, that’s ridiculous and patently selfish – to want someone to never be able to forget you, to be grateful to have found you, but not be prepared to do the same.

After all, who hasn’t harbored thoughts like these, jealous notions about your girlfriend’s ex-boyfriend, biting back sarcastic remarks about your boyfriend’s ex-girlfriend? But at the same time – and I know I am guilty of this – reminiscing about good times with an old lover, missing him after remembering a beautiful experience.

We ask from others what we ourselves are barely prepared to give.

But stemming from this need to be so special, so unique, we girls shun the good men solely because we know that being treated well by them is nothing special.

With a bad boy, if you can change him, if you can make that asshole settle down – now, now you’re special. Even if you had to drag him kicking and screaming to whatever level of commitment you desire.

After all, if an asshole feeds you a line, you can be pretty sure he’s fed it to other girls and they all didn’t matter.

But if a nice guy, a good boy, tells you you’re perfect or that he loves you more than anything, now that’s suspect. Has he said it to an old girlfriend? If he has, he probably meant it.

So really, who is the dishonest one here? The man who you know is lying to you, or the man who pretends he’s giving you something new and untainted and special when it’s really just second-hand sweet nothings?

Maybe the nice guys should take a minute to reflect on that one. Being nice, being upfront, being frank and sincere – maybe you’ve already given up the best of yourself. A bad boy, with his deep-rooted insecurities or mommy issues or broken heart, he’s fixable. He’s a project. By winning him, you can define your own uniqueness. He’s almost a trophy, to tell the world fuck yeah. I’m special. Look at me, I tied down this jerk and now he’s a lovable little puppy.

The nice guys, I think, are the most insincere of the lot. They’ll have sung love songs to old girlfriends, written poetry, delivered flowers, showered her with affection, taken her to expensive restaurants and pretentious plays.

And sure, it’s nice to know that there are men who treat their women right. But if you come after, if you turn up in his life too late, what’s to make anything he does for you special?

It’s not enough, I think, especially for the more neurotic females around, to just be treated well. We need to know we matter (that goes for men too).

We’re different. We’re special. We’ve made you do things you’d never considered before, that when you swear everlasting love (or to do the ironing) you mean it, you mean it because you love us and not just because you’re a nice guy who thinks it’s the right thing to do.

Do you give us backrubs and hang up our wet towels and tell us you’ve never met anyone as perfect because you love us more, or at least differently than anyone you’ve ever been with?

Or is it just what you do because you’re a nice guy, because that’s how you’ve loved all your girlfriends, because it sits well in your gut?

And if that’s the case, what’s different about this relationship? You’ve put an equal sign between us and your last lover, marking us as the same.

I could be anyone, I always think when I date a man like this.

How are we different from your high school sweetheart, your first love, your last love?

Do we move you?

Natasha is a twenty-year-old reporter living and working in Kuala Lumpur, Malaysia. She walks, she talks, she ...