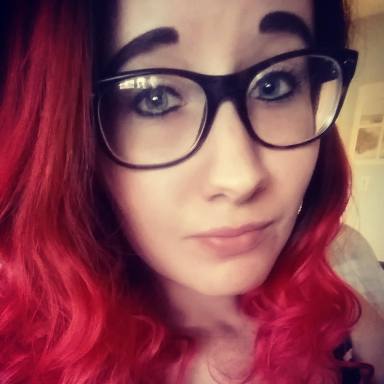 As a 22-year-old single woman I’m pretty much living in the thickest part of the modern hookup culture – perfecting the art of getting the right guy to buy you a drink at a bar, crafting the perfect response to a text to make you seem just interested enough, taking the proper five seconds to adequately judge a person and determine whether or not to swipe left or right on Tinder. That’s the world I live in now and I have to confess: I hate it with every fiber of my being.

Maybe it’s because I let insignificant events ruminate in my mind far past their welcome. Or maybe it’s because I react too sensitively to the people with whom I share the world. Or maybe the modern dating scene is just horrendously fucked up. It’s probably all three, but in the interest of, well, maintaining your interest, let’s just talk about that third observation.

While I was in a relationship, I heard people complain about the single life all of the time. Stories from my friends, articles on the Internet, anything popular on television, it’s everywhere. But it wasn’t until I began to experience it for myself that I truly understood what everyone was complaining about. Everything is so damn complicated. Nobody asks you out on a date; they just ask you to hang out – so after you do, you can spend the next three days that you’re supposed to be ignoring them wondering exactly what it meant. Did you see a movie? Go to dinner? Have sex in your car? Fly to Paris and get drunk under the Eiffel Tower? Be careful; you guys were just hanging out. It was just casual, right? I don’t know, I wonder what he’s thinking. What did our car sex mean to him? I have a simple solution for those of you who struggle with these haunting questions: ask the other person. Oh wait, you can’t. Hahaha. And here’s why.

We live in a world where people are afraid to feel anything genuine, or at the very least, are afraid to show it. When someone is angry with you, there’s no phone call asking to talk about it. Instead you get a passive aggressive response to a text message or a suspiciously relevant subtweet, quietly calling you out in 140 characters or less. If you like someone, you don’t tell them how you feel; rather you act interested enough for them to pick up on it, but not enough to freak them out. Don’t like it? Too bad. It’s all a big game and if you don’t play by the rules then you lose, and if you lose you end up alone and drowning in a pile of your own insecurity, wondering what you did wrong.

Don’t ask to hangout two nights in a row. If you texted first last time, you have to wait for him to text you first this time. Don’t double text. You can’t assume anything is more than casual, even if you’re having sex. But you can’t talk about it either. If you’re wondering where a relationship is going and you decide to bring it up, every word you say has to be carefully chosen so as to seem okay with any response you’re given, even if you’re not. Everything is done through texting. It’s weird to call someone in the modern world just to have a conversation or try to make plans, so we’re forced to wait anxiously for a response that might not ever come.

Everything is calculated to appear thoughtless, and it is one of the most exhausting games I’ve ever had to play. I could earn my masters degree with the amount of time and energy it takes to determine whether or not my casual hookup actually has feelings for me.

If I like someone, I want to hang out with him. It’s as simple as that. Or at least it should be. But in the dating culture to which we are enslaved, it has to be more convoluted than that. If I talk to him too much, I’m needy. If I’m always free when he asks me to hangout, I’m clingy and have no life of my own. If he takes three hours to respond to my text, and my phone is in my hand when I get his reply, I have to wait to answer so I don’t seem too eager. And I am constantly wondering why I play these stupid games.

Why can’t I call someone because I like talking to him? Why does showing I care make me needy? If I act angry when a guy blows me off, I’m just a crazy bitch, so my only other option is to complain to my friends and wade in anxiety until he finally texts me back. And let me tell you something; I don’t want to be that girl. I don’t want anyone to have that power over me. No one should have that kind of power over anyone. I am so tired of living in a world where apathy is more effective in getting someone’s attention than honesty. I’m tired of the manipulative games that men and women play with one another in an effort to maintain control in a relationship that we’re not allowed to define.

So here’s my idea: let’s all stop being little fucks. Respect other people enough to tell them the truth. If someone makes you happy, tell them. If someone inspires you, tell them. If you’re not interested in someone, please just fucking tell them. Don’t ignore people until they disappear. It’s time we grow up and stop leaving people hanging with unanswered texts and cryptic social media posts. Everyone is human and we’re all just trying to understand one another in this messy dating world, so stop treating a relationship of any kind like it’s a challenge to complete. Be honest with other people about how you feel, and don’t get so lost in playing the game that you forget to extend that same courtesy to yourself.

Just another lost soul trying to find her way to Wonderland, a place she sincerely hopes is filled with kittens, ...