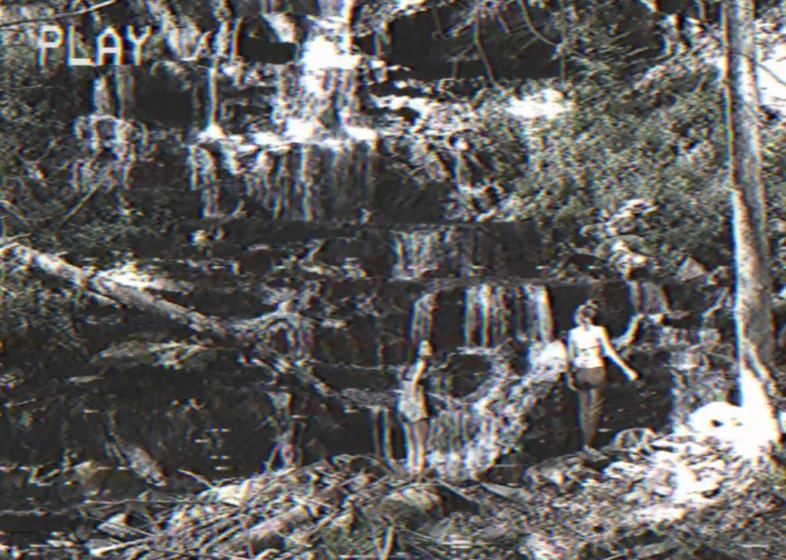 1. I FOUND DIRTY POLAROIDS OF THEM

“When I was in 3rd grade, I found Polaroids of my parents getting down and dirty on their honeymoon. Being the dip shit that I was, I brought them to school and traded them to one of my friends for a holographic Charizard card. They never found out. I still have the card. I win.”

2. MOM’S CONDOMS WERE TOO SMALL

“I got busy with my BF in my mum’s bed once…we didn’t have a condom handy, so I reached into her bedside table drawer and pulled one out….It was too small.”

3. I STOLE MY MOM’S CREDIT CARD

“I stole my mom’s credit card when I was 13 to pay for a RuneScape membership.”

4. I HAD SEX WITH MY COUSIN

“I had sex with my cousin when we were in high school. Twice.”

5. I HAD SEX WITH FOUR OF MY COUSINS

“That between the ages of 11-13 I had sex with four of my cousins who were all in high school (not at the same time). Today, I am still close to one of them in a completely non-sexual way, two of them are lost to drugs forever in another state, and the one who took my virginity… well, I hate him. I probably wouldn’t hate him so much except for the fact that I completely trusted him when I was 11. Once I got old enough to realize what had happened, I felt betrayed. I do not believe that I would have had sex with my other cousins if I had not lost my virginity to him. Also, when I was 18, he came over to my house drunk and tried to get me to sleep with him again because he wanted to ‘know how good I had gotten since I was older.’ No, creep. I’m 32 now and I have only seen him once since that day. He lives in another part of the country with his beautiful wife and two children. I feel sad when I look at pictures of her on Facebook because she is so beautiful and sweet. She has no idea how much of a creep that he really is, she believes she married a good man. Instead she married a child fucker who no doubt cheats on her because he has never been faithful. Their marriage is on the rocks for reasons unknown to me but…I can only speculate. I hope she gets out soon and I hope he does NOT move back home. I’m sure no one will read this but damn it feels good to get it off my chest.”

6. OUR DOG WAS EATEN BY SKUNKS

“I take my dog out to play fetch one day in the summer. We play behind my house in the meadow it is by the edge of the forest; anyways my dog run away into the forest, I chase after him and I find him in a skunk den getting eaten by the skunks. I tell my mom he got lost in the forest and i never did find him. I did not tell my mom I did find him but he was a skunk lunch.”

7. I broke my mom’s waterbed having sex

“I broke my mom’s waterbed having sex, the same night she came home really drunk and when she woke up in the morning she thought she did and didn’t remember.”

“That the month I was ‘living a month in Spain’ was actually spent in prison. I had friends to post fake Instagram pictures for me, too.”

9. THE ROPE WAS FOR BONDAGE, NOT SUICIDE

“When I was in middle school I was a horny (and kinky) teenage boy, one night I couldn’t sleep and I was jerking off in my bedroom. For some reason I got it in my head to use the rope (I was a Boy Scout and used it for camping…mostly) and I messed around a little with self-bondage. Nothing extreme, tying hands or ankles, etc. Well, I finished jerking off and went to sleep. Next morning mom wakes me up and sees the rope. I didn’t understand but she was worried and asking why I had the rope out. I lied saying I was just messing around with my Boy Scout knots, just bored and couldn’t sleep. She had me go see the school therapist, and coincidentally I also was stressed from school and life. And we had a discussion about how stressed I was, etc. It was an emotional conversation etc. It wasn’t until months later that I realized she thought I had been thinking about suicide. And I never told her otherwise, because suicide was the furthest from my mind, but I wasn’t sure she’d be comforted in knowing her son was interested in bondage, etc.”

“My dad walked in on me after I had sex with a couch; he didn’t know it, though. I was having sex with the couch and i fell asleep while leaning on it. (I was shirtless and pantless with my boxers down to my knees, knelt over the couch with my dick in between the couch cushions, in my living room, when my dad turns on the lights and wakes me up.) He asked me what i was doing and i shouldn’t fall asleep like that. He didn’t know my dick was in between the cushions. And when he turned around i pulled out and pulled my boxers back up. He still doesn’t know.”

11. I KICKED A HOLE IN THE DOOR OVER A VIDEO GAME, NOT A GIRL

“I put my foot through my bedroom door after I lost an online match on UFC 09. The guy kicked my ass and then PM’d me abuse so i went berserk. I told my dad it was over a girl who faked pregnancy with me and that she was phoning me. Truth is i hadn’t spoken to her in months and didn’t want to admit it was over a video game.”

12. THEY HAVE A NINE-YEAR-OLD GRANDSON THEY NEVER SAW

“I am from the UK, when I was 16 I was holidaying in Mexico and ended up banging this American girl. Flew home and obviously thought that’s that, we literally live thousands of miles away I’ll never hear from her again. I’m 25 now and two years ago I got a message on Facebook from her saying that she got pregnant and had the baby and that I have a son, she sent me some pictures and he does actually look like me. I wouldn’t even consider telling my parents about this until I have absolute proof that the kid is mine, but even then it would break their hearts to know they have a 9-year-old grandson they never saw. At the minute I’m kind of just playing it by ear.”

“Grew up with parents who were divorced. Lived with my Mom and Stepdad. Dad was a crack/cokehead but took me every few weekends and I loved him very much still. At 14 my Stepdad was killed and my Mom became an absent closet-alcoholic. My Dad got his shit together for me so he spent two years in a live-in rehabilitation home and my Mom left me alone in our family home from ages 14-16 to pursue a new relationship in a town hours away. I kept them up to date on my good grades and fun extracurricular sports and whatnot, but I was lying. I fell into hard drugs and became addicted to coke and MDMA and alcohol. I stole food so I could eat, but I also stole clothes and makeup and alcohol and everything else I wanted solely because I wanted it. I tried to kill myself multiple times. All in under two years. I don’t plan on telling either of them that.”

14. I once took too much salvia and was gone for 70 years

“I once took too much salvia and was gone for 70 years. I traveled trough the universe, ended up on the other side of it. Was a part of an intergalactic counsel and represented humanity. After explaining earth and humanity to them in their own language that they taught me, I traveled back and crash-landed in my friends’ sofa as a completely empty shell, everything about me was gone. I started with the classic ‘Where am I, Who are you…Who am I?’ They started talking to me but I did not understand the language, so I thought to myself ‘Hah, you sound so silly.’ Then my whole life flashed in front of my eyes and I was back to ‘normal.’ Fucked-up shit.”

“I was the one who put the screw in the tuna.”

16. My brother physically and emotionally abused me when I was young

“My brother physically and emotionally abused me when I was young. He’s 10 years older than me and a big guy, so I couldn’t do anything about it. My parents weren’t around that much either, so my siblings were often responsible for taking care of me. Sometimes my brother would tease me around my parents and I would start crying instantly, only to be told by them that I was being overly sensitive. They didn’t realize that my crying was because of how ashamed he made me feel in general. So I learnt quickly not to tell them if bad things are going on. To this day my mum often tries to convince me to talk to my brother (it’s been 2 years of no contact) and thinks that I’m being very mean to him. It would break my parents if they knew the things he said/did to me. So I keep it between me and my therapist.”

17. I PROVIDED A FALSE POLICE REPORT TO AVOID GETTING IN TROUBLE

“When I was 13 and my little bro was 11, we stayed at the mall WAY past when we were supposed to come home, like a few hours. This was the time before cell phones. On the way home we hatched a scheme. We devised a lie that involved us being detained by a mall security guard for running down a back hallway of the mall. We even came up with a real person to base this security guard on, in case we were questioned separately. We pretty much described to our mom the pro wrestler Dean Malenko. It was perfect. Little did we know, there was a guy in our area posing as a cop and abducting children. Mom called the cops. My brother and I separately had to give statements about what happened. The thing is, the lie held up. The cops told Mom that there was a good chance this was the guy. IIRC there may have even been a little blurp in the news about a sighting of this guy at the mall we frequented. We threw a wrench in an investigation, caused a minor local scare, scared the shit out of our Mom, and ruined our freedom to walk to the mall by ourselves for 6 months, all because we didn’t want to get into trouble for being 3 hours late getting home.”

“I had suicidal thoughts when I was a kid. I would get kitchen knives and take them up to the bathroom when no one was home and try and cut my wrists, but I always ended up puking instead.”

19. I BROKE MOM’S COUCH HAVING SEX ON IT

“You know the last couch you had, mom? Yeh it didn’t really break when I sat on it. It did break however when I had really energetic, rough sex with a girl who I wasn’t in a relationship with.”