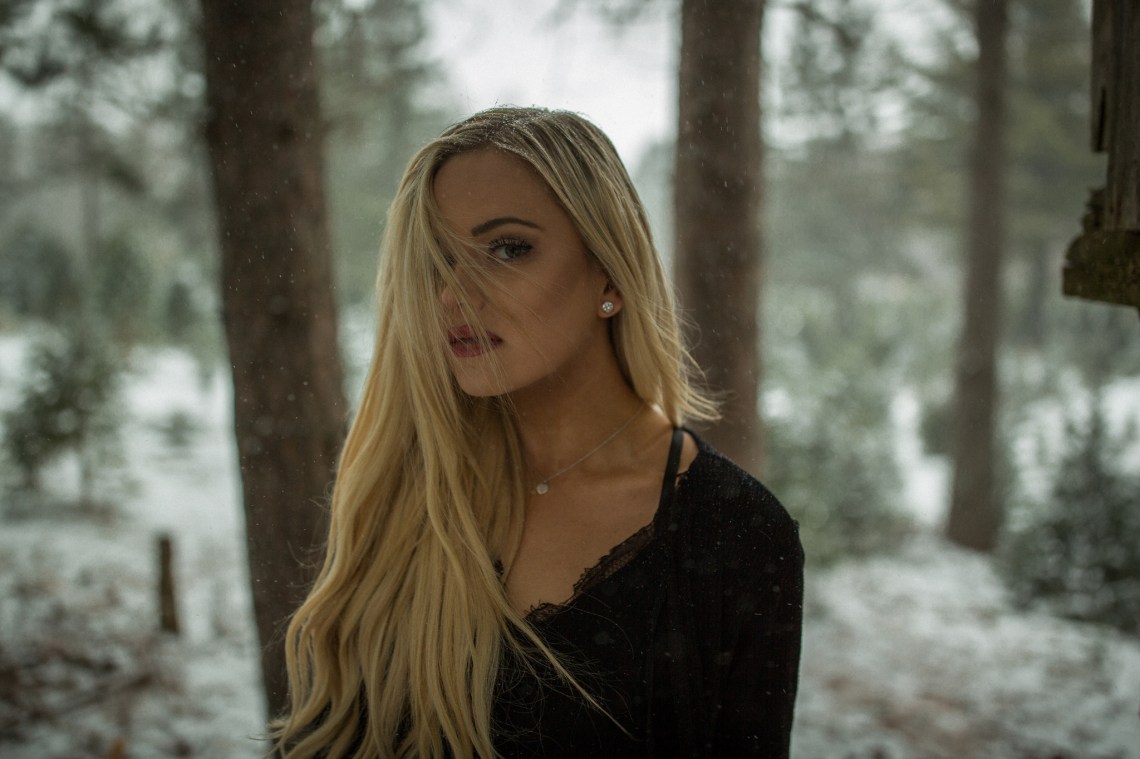 You tell her to do anything she might do the opposite just to spite you. You tell her she can’t do something she does it and does it well. She fights for the things she truly believes in and stands by the people she cares about. She doesn’t need anyone’s approval when it comes to the choices she makes.

She doesn’t need people. She’s very good at taking care of herself and doing her own thing. She’s the type of person who needs a long leash and thrives when she has her own freedom.

She doesn’t tolerate when someone treats her poorly. She knows how you treat her says everything about you and nothing about her.

She’s the type of woman you won’t catch in a lie. When you’re honest you don’t have to remember what you said or cover your tracks at all.

She’s blunt and straightforward to a point it might make you uncomfortable but you gotta respect her for saying things like it is.

5. She thinks deeply about things.

Sometimes she’ll be too herself and thinking deeply about things in her life. She needs that alone time to gather her thoughts. She’s the type of person who is very careful about her words and actions and thinks about the cause and effect of them.

She’s smart. And not just book smart but she accepts the fact she doesn’t know everything and makes an effort to learn. She’s constantly trying to improve and better herself and learn as much as she can.

7. She knows what is going on in the world.

When you ask her about world conflicts she actually has a valid opinion and can justify her viewpoints on the subject matter. She reads the paper. She watches the news. She tries to understand situations from both points of view before having her own opinion.

8. She doesn’t fear being vulnerable.

She’s not cold. She doesn’t consider her emotions a weakness but rather her greatest strength. She knows to truly get to know someone and have them trust you, you have to let them in, in those moments you are most vulnerable.

9. She’s not afraid to admit how she feels.

She doesn’t play coy with how she feels. She just goes for it and hopes for the best and if someone doesn’t feel the same way, she doesn’t take it personally.

10. She forgives herself and others.

She’s not perfect. She’ll make a mistake though and be the first to apologize when she’s wrong. She also will forgive you when you make a mistake. She knows no one is perfect but the best way to learn isn’t through being angry but forgiving both yourself and others.

11. She has healthy relationships.

You look at her core group of friends and they are exactly like her. You won’t find her associating with people who aren’t as driven and motivated. She knows who you are friends influences where you go.

12. She isn’t negative nor does she gossip.

Negativity and gossip are toxic habits. When you bring up something negative you are focusing in the wrong things. When you talk badly about someone it is an indication of your own insecurity, not the person you are talking about. She makes it a habit to avoid these things.

13. She’s in control of her emotions.

She won’t lose her shit on you. In fact, moments you might expect her too you’ll be surprised how gracefully she handles it and how carefully she chooses her words. No matter how mad you make her she won’t take it out on you. She’ll take a step back from the situation and evaluate it from the outside.

She knows when people are fake. She knows when someone is lying. And instead of calling them out for it. She just doesn’t give them any more time or attention.

15. She walks away when she needs to.

She doesn’t get caught up in a toxic relationship or someone leading her on. If you make the mistake of even trying to do that she’ll cut you out of her life so fast.

16. Other guys describe her as TOO MUCH.

She’s passionate. She’s emotional. She cares about things deeply. She enjoys deep conversations late at night. She really jumps in and wants to know you to the core of who you are. That type of thing intimidates people. The way she lives her life to such extremes causing the wrong people to run the other way. But real men can appreciate this and value it for what it is.

She beats to her own drum and doesn’t really care about what other people are saying or doing. She’s never been one to fit in and she stopped trying a long time ago. She’s gonna be that girl that makes you think twice about things in life. She’s gonna be that girl who makes you do a double take. Not because of what she looks like but because she’s unlike anyone you’ve ever met.

The words thank you are said a lot. Practicing the art of gratitude she knows is important and showing people they matter through gestures is key.

She loves unbelievably hard. And she isn’t afraid of depths of it. When she decides she loves you there really isn’t anything she won’t do for you. Sometimes her love might overwhelm you but more than that it makes you a better version of yourself.

She’s driven. And she needs someone who can keep up with that. She needs someone who works hard and is motivated and will push her. Because as much as she’s capable of achieving alone, she thrives when she has support. But more than that you’ll find yourself roped into things you never thought you would be had you not met her.

More than anything she’s going to believe in you more than anyone. She’s going to build you up in such a way you’re head might get big. But it’s that support that motivates you to want to be the type of man worthy of standing beside someone like her.

Writer living in Hoboken, NJ with my 2 dogs.