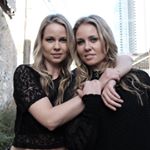 Men are simple creatures…or they say.

When it comes to communication, the way men and women communicate is very different. Women are known for being quite direct, yet a little wordy in expressing themselves through long-winded messages. While this style of communication gives a partner all the details, it can leave a guy feeling very perplexed. Guys typically feel emotionally flooded by drawn-out texts and tend to shut down without knowing what was even stated.

On the other hand, men are known for being less direct in their communication style and can leave a woman…well, wondering what the heck he said. Basically, they struggle with being upfront out of fear of rejection, hurting a woman’s feelings, or showing vulnerability. However, most of the time it boils down to being more about their own insecurities of not wanting to lose your admiration even if they aren’t that into you, or afraid of expressing their feelings.

Understanding a male’s mysterious language is going to save you from being used, avoiding arguments, keep you from worrying at all hours of the night, and give you the clarity you need in your relationship.

Here Are 21 One-Liners Men Say vs. What They Really Mean:

The ultimate question almost every guy asks on a first date which can become quite annoying for any woman. But, what he really means is “I’m having a great time with you, but are you dating other guys or is there another side to you?” It shows he’s feeling insecure on the date and trying to protect himself from feeling vulnerable or letting you know he really likes you.

When he says he’s not the relationship type, what he really means is “I’m not that into you.” He doesn’t want to hurt your feelings or tell you he’s not sensing a romantic connection. It easier for him to let you down gently by taking the heat off of himself and letting you go gently. He thinks he’s saving himself, but really he’s saving you from heartbreak.

What he really means, “I only see you as a platonic friend, not a romantic partner.” If you are dating a guy and he breaks things off but tells you “I still want you in my life”, then more than likely he is using you for his own ego boost. He wants you to still to cater to his needs but will unlikely be giving you the same respect in return. Agreeing to be his friend will only cause you more pain in the long run, especially if you still see him a romantic partner.

When a guy prioritizes his work-life over his love life, it really means, “I don’t have time to invest into anything serious or I’m not willing to make you a part of my life.” He only sees you as a friend or friend with benefits and will meet-up only when it’s convenient for him. A real gentleman will make the time to see you regardless of his work schedule.

He’s telling you “He’s not interested in having the conversation or ever discussing it for that matter.” He’s hoping you will eventually forget about it and let it go. As a woman who owns her worth, you will want to bring it up again because if it’s important you will need to talk about it. This can definitely add some extra tension to the conversation. However, we recommend following the simple guidelines of calm, concise, and constructive language to get your message heard.

You may be thinking he wants to ask you out on a date, but really he means “I want to know what you’re doing, so I have control over knowing where you are.” If he sees you may be having more fun than him, then he may try to impose on your plans. This is a tactic of him playing games and not being serious about you.

How many times have you heard this? It really means, “I was with another girl last night or I’m selfish with my time.”…depending on where you are at in the relationship phase.

Men are very protective of their space and don’t want a woman to figure out who they are. They like keeping their personal time hush-hush because it makes them feel powerful.

More than likely if you have been dating for a bit he genuinely means this, but “He may be trying to score extra brownie points to win you over.” Guys love to compliment a woman, especially if he’s really into you. However, if it’s early on in the connection and you just matched on Tinder, then he could also be telling this line to three other women. He is testing women to see who will buy into his line and hook up with him.

Okay ladies, majority of men really don’t like women who wear layers of bronzer and liner. But what he is really saying is, “Don’t get that makeup on me.” Men don’t enjoy walking around with lipstick on their lips or collar. They prefer to keep their masculinity without the rosy complexion. So its best to keep your makeup on the lighter side, especially if you want him to be affectionate in kissing you.

What he really means is, “I made her crazy because I couldn’t give her what she wanted in the relationship.” It takes two to tango when it comes to making the relationship a top priority. Towards the end of the relationship, she most likely wasn’t getting her needs met. He mostly like was over the relationship long before he ended it which led to her displaying emotional behaviors that were taken out of context or didn’t suit his preferences.

Basically, he’s saying, “I can’t manage my life so I need to end our relationship to figure myself out.” Typically, he’s been emotionally removed for some time but still deeply cares for you. But, until he figures out what he wants and values in his life, he won’t be able to see you as a valuable asset. Give him his alone time to figure himself out because it’s the only way he will be able to decide what he wants.

Okay, most of you have been asked this question before. He really wants to know, “Have you ever had sex with that guy.” Masculine men are very territorial over the woman they care about and they want to make sure you are all theirs. He may be jealous or feeling insecure and making sure you only have eyes for him now.

What he really means, “I spend all my time with you and need a night to myself.” If he spends all his time with you, he may just be feeling like he needs to see his friends too. It’s probably best not to take this too personal as most of his time is devoted to spending it with you and making the relationship a priority. So give him a break for guy’s night. More than likely if you have a healthy relationship it will make him miss you that much more.

He may be saying this because “He can’t give you what you want or isn’t ready.” He may not have known you long enough to make it official or doesn’t feel secure enough in his own life at this time. It may be best to keep your options open until he’s ready to give you what you deserve. Also, he may think you’re a good person and he’s the complete opposite of the commitment type.

If he uses this line, it’s probably because he said something rude that hurt your feelings. What he really means, “I’m not joking about what I said, but I’m sorry for hurting your feelings and trying to cover-up the joke.” More or less, probably best to let it go as its wise to pick your battles and not continue beating him down for a bad joke.

If you meet a guy who recently broke off a long-term relationship or ended his marriage, its best to keep your emotions at bay with him. Even if he’s courting you to dinners and texting you sweet nothings, he’s definitely not looking to have a new girlfriend anytime soon. What he really says, “I’m not emotionally available.”

Sometimes guys ghost you out of nowhere and there’s really nothing you can do. He doesn’t have the courage, to be honest about his feelings so instead he disappears into thin air. What he’s trying to tell you, “I’m not interested in you anymore or I met someone else.” This is a clear indication you need to cut your losses and know you are better off without him.

He’s bluntly telling you, “I don’t want other men looking at you,” while we are out tonight. This is a clear indicator he’s not comfortable with himself or fears you will find better than him. It’s best to figure out the real reason as to why he doesn’t think your attire is appropriate because more than likely it’s not even about your little black dress.

Most men want to engage in sexual activity with the woman they are dating. But if he goes too many nights without wanting you in the bedroom, this may be a sign he’s got his head filled with other thoughts he’s not sharing. He’s really saying, “I’m not attracted to you or I’m too busy focusing on my own goals.”

20. “We should grab coffee sometime.”

What he actually means, “I don’t want to invest into an actual dinner date until you’re worth my time.” It’s not that coffee isn’t worth getting to know someone over for a first date, but if you have been flirting or dating for a few weeks he should definitely be putting in more of an effort into getting to know you.

It’s not uncommon for men to avoid public display of affection when on a date. However, he may actually be saying, “I’m not ready to acknowledge our relationship publicly.” He very well could be a private person, but you’ll want to digger a little deeper to figure out if he’s hiding your relationship or protecting his privacy.

Asking For What You Want In Your Relationship Isn’t Needy, It’s Sexy