Hanna Smith first started noticing painful lumps on her groin when she was only 10-years-old. Too embarrassed to say anything, she kept it a secret from her mother. As the years went on, the bumps became bigger, and about four years later, she was pressed to go to the doctor to see what was wrong. Told she just had a “shaving rash,” Hanna went home feeling dismayed.

By 16-years-old, Hanna was begging her doctor to be referred to a dermatologist who was able to confirm: “you’ve definitely got Hidradenitis Suppurativa.”

It’s not an altogether rare story: HS tends to begin around early puberty, and exacerbate as the individual enters into young adulthood. Hanna’s prognosis was like many others, in that she was told that it would probably get worse, there was no known cure, and that she’d probably end up with significant scarring anyway. Her doctor told her that weight loss and not smoking could help her, but even despite losing 4.5 stone and not smoking for two years, her HS only worsened.

Hanna is now 26-years-old, and within an early Stage 3 of HS, which is the final and most severe stage. She suffers from scarring, tunneling, and a lot of pain. “I don’t believe people see how painful it can be,” she says. “I once had an open wound in my groin for 9 months.”

Living with HS is a very unique challenge, she explains. “I feel like I smell of death and infection when I take my dressings off and sometimes it can be smelt through the dressings which obviously causes a lot of embarrassment,” Hanna explains. “Due to the scarring my groins are very sensitive, the skin is tight and looks as though I have been burnt due to scar tissue building on scar tissue. The pain changes from stabbing to aching to itching to throbbing, it can be severe. I’m on nerve pain killers, highest dosage possible and it makes the pain bearable.” 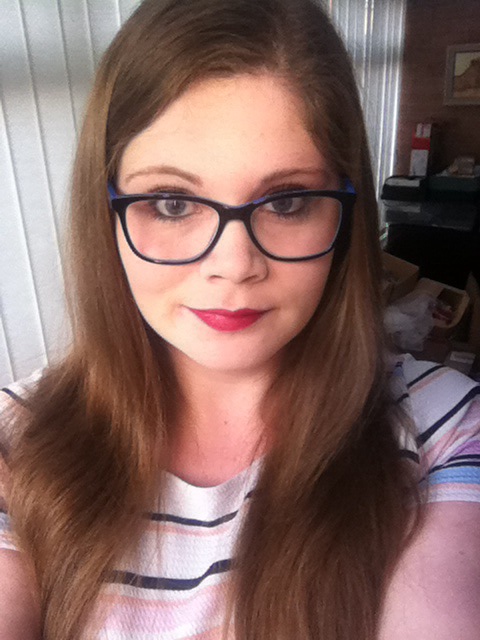 Her concern is that as HS is technically classified as “rare” disease, there’s not enough research being done to help those who suffer from it. “When I have spoken about HS before I’ve known up to 5 people just in my town that realized they had HS and got a diagnosis,” she said. “This disease is not rare, it’s just unrecorded.

Hanna explains that early intervention is absolutely essential to long-term care, because the disease is progressive. “Do not wait until it is more painful, spread to other areas and scarring your skin. Just go get it seen and start on a low dose treatment,” she said. “The worse it gets the more painful and harder to treat. If people are diagnosed in early stage 1 then they’re more likely to find treatments that work and also treatments that are milder on the body.

Finally, though there is a lot of information available about HS online, Hanna explains that you won’t see it if you don’t know what you’re looking for. She believes that it is important for this to be more readily available at doctor’s offices, and for awareness to increase.

“The most important things people should know about HS is that this is a non-curable disease,” she said. “Not every illness is visible, just because someone looks healthy doesn’t mean that underneath their clothing is healthy, too. A lot of people with HS put on a brave face every day and try to do normal activities like everyone else while trying to mask the pain of it from every movement. Please go and get medical help if you think you have this disease and don’t leave it until it’s too late, you could be in remission before it gets bad with early help.”