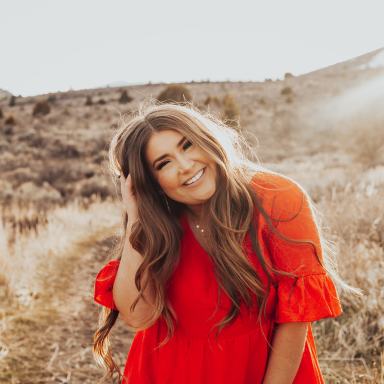 Ten consecutive months were spent taking Isotretinoin after being misdiagnosed with cystic acne, which I would later find out only contributed to the severity of my scars. The smell of Vaseline remind me so much of these years, it was my saving grace. It coated my chapped lips, it hydrated my dry, bleeding nose, and it (mostly) prevented my shirt from sticking to the open wounds that engulfed my back.

Fourteen and fifteen meant sleepless school nights and anxiety ridden school mornings. It meant hearing whispers in the hallways and continuous exclamations about blood stains on the back of my t-shirts, for which I always blamed itching mosquito bites too hard. Fourteen was spent laying on a cold exam table in a white and blue patterned gown at the doctor’s office waiting to get painful, cyst-like boils lanced on some intimate part of my body. Fourteen year-old me was horrified by my body, until I realized body parts are just anatomy in the eyes of a doctor.

Fifteen was a bit more memorable, for I had gained the responsibility of bringing silver nitrate treatments home; hiding them in my closet, away from the sunlight and painfully cauterizing my open wounds myself. Fifteen felt a twisted sense of pride and accomplishment. I was the biggest project my dermatologists had ever seen. My nurses and I often referred to myself as their guinea pig, which turned a dark and miserable time into a much lighter experience. I became thankful for science and amazed at the multitude of treatments offered to me. Treatments were consistent and had worked to the best of their abilities. The boils, blood blisters and open wounds were so familiar at fifteen, I could pretend they didn’t exist. The two year long journey of weekly dermatologist appointments came to a halt, leaving behind angry red and purple scars from below my chest, to my shoulders, and all the way up my cheeks. I made it through fourteen and fifteen.

Sixteen began by meeting a new dermatologist in a different state across the country. Around that same time, I was binge-watching ‘Embarrassing Bodies,’ a reality television series based in England that covered a wide variety of medical cases treated in a traveling clinic. On July 24th, 2017, at my first appointment with my new dermatologist, I was immediately diagnosed with Hidradenitis Suppurativa after giving a run down of my symptoms. The morning of July 25th, Season Two, Episode Three of ‘Embarrassing Bodies’ featured a woman sharing her story. She showed wounds that looked just like mine and described symptoms identical to mine. Her name was Vicky, she was twenty-eight, and she was also diagnosed with Hidradenitis Suppurativa by Dr. Christian Jessen.

Sixteen was flabbergasted at not only the timing of this episode, but the knowledge Dr. Jessen shared. I was thankful for the courage Vicky had to share her circumstances on a show that deemed her experience to be “embarrassing.” I could never think of Vicky’s situation as embarrassing, for Vicky had just made a sixteen year old girl thousands of miles away feel seen, heard, and hopeful.

Seventeen, which began a month later, was learning how to administer Humira injections, which I take once a week. The sound of spring-loaded syringes rings in my ears each time injection day arrives. Seventeen was spent resenting Hidradenitis Suppurativa and being discouraged by the lack of information online. Seventeen might have been harder than all the rest, for I was diagnosed so easily after years of pain, confusion, and incorrect treatments that likely exacerbated my condition. It was hard to feel grateful to finally have a name for my condition when the name took it from “cystic acne” to a skin disease overnight.

The memories of my pain and experiences rotate constantly in the back of my mind like clockwork. I wish fourteen and fifteen were different. It’s frustrating to be mad at the skin that covers me and the cells that make up my body. It’s unfair knowing that my body is different from everyone else’s. It’s odd and daunting learning how to be comfortable in my own skin. It’s hard fighting to be seen for the person I am rather than the wounds I have. It’s tiring to battle a disease that my body perpetuates.

I’m twenty-one now. Twenty-one is dedicated to expressing gratitude and implementing grace. I want year twenty-one to be about forgiveness, strength and resilience. Since I was diagnosed with Hidradenitis Suppurativa, healing has been my most desired goal. Healing begins with letting go of the pain embodied in the memories of fourteen, fifteen, sixteen, and seventeen. The team of my dermatologists and nurses who worked tirelessly to fix my difficult circumstances deserve nothing but grace. To Vicky and Dr. Jessen, I extend my eternal gratitude for defying a narrative that I am unheard and unseen, and exposing our condition on a global level. I bestow my deepest honor to my current dermatology team for their knowledge and the advancements they provide to not only me, but HS patients and medical teams around the world. I grant mercy to my mind, body, and soul, for I understand now that my condition is out of my control, but my resilience is insurmountable.

Hidradenitis Suppurativa, I forgive you.