2. “It has forty-six more muscles and is four degrees warmer than the vagina.”

3. “The sidewalk is a nice place to walk. It’s designed for walking and overall much more comfortable. But every so often, you just wanna go play in the grass.”

7. “It’s MUCH tighter, so therefore feels better. Some women like it and a lot of men are all about giving pleasure. Plus, it’s considered taboo, so it’s a bigger turn-on to do it.” 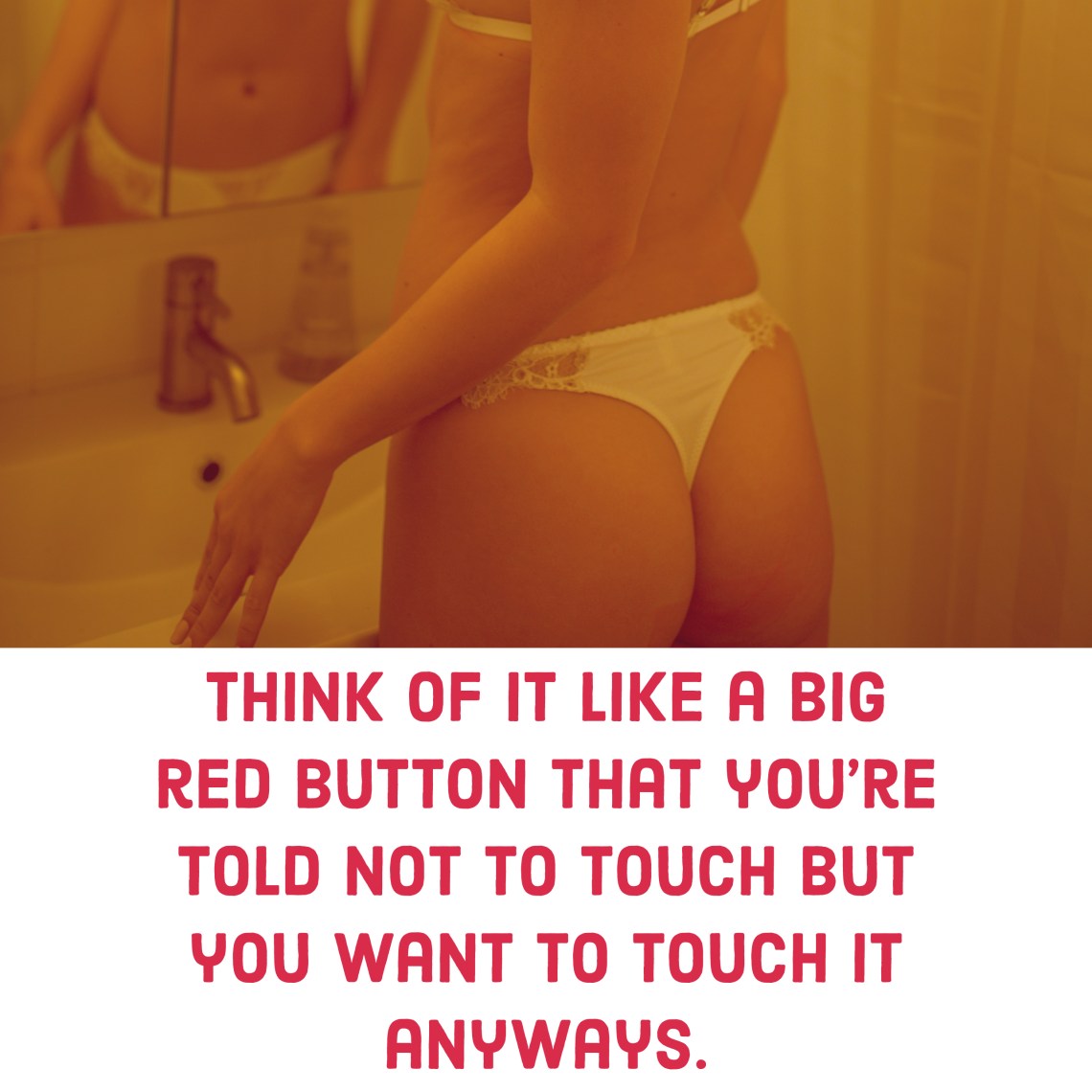 9.“There’s none really. It’s more of a second option when it’s that time of month. The amusement park doesn’t close because the main roller coaster is under maintenance. We still have the log ride!”

11. “It’s a power thing for me. I like being in control, and fucking a woman in the ass is basically as submissive as you can have her.”

12. “It’s sort of like NASA and the moon. A long time ago they looked at that beautiful orb hanging in the night sky and thought ‘We are not supposed to be there. It will be costly. It will be dangerous. Some people might say it’s not supposed to happen.’ But they did it anyway. And that’s why we do it in the pooper.”

13. “I mean when you get right down to it, it’s just another hole that a man wants his penis in.”

15. “Personally, I don’t understand some peoples’ obsession, when there’s a perfectly good vagina right next door. Only a few GFs over my long and varied love life were into it, and for them it was like an occasional naughty treat. On these occasions there’s an extra hotness factor added in mentally. As for the raw physical characteristics of tightness and friction, vaginal is better in the long run. I once had a GF who was down for it any time, and we both got bored of it really quickly TBH. On the other hand, a different GF had done some rotten things and we broke up; while making up months later we were in bed spooning naked when suddenly her ass cheeks then asshole started gobbling my cock like Pac-Man, a one-off event that was hotter than molten tungsten.”

16. “If a woman has a hole in her body that can accommodate a dick, a guy will want to fuck it. We aren’t that complicated.”

17. “The woman. Aesthetically I Love every aspect of a good-looking women, and I want as much of that woman as I can get. Plus nothing says I love you like allowing me to stick it anywhere I want. But honestly I prefer the usual hole a lot more.”

18. “OK. Imagine that you are a kid at school, and you get your school lunch every day. Every day the lunch lady gives you an apple and an orange, and then tells you not to eat the orange. So every day, you eat your apple, and leave your orange sitting on the tray. You love apples. Apples are fucking amazing, you love eating them every day. But every day, for weeks, for months, for years, while you’re eating that apple, there’s an orange right there, inches away, staring you in the face.You’ve never tasted an orange before, and you wonder what it’s like. Is it as good as an apple? Is it different or the same? Around you, you can see that a few other kids are eating their oranges; they seem to be happy about it. You have a friend who’s always going on about how awesome oranges are, how the orange he ate last week was spectacular. And you love your apple; you really do. But after years of that orange staring you right in the face, of watching other people eat their oranges and love them, you just want to eat the fucking orange and see what all the fuss is about.”

20. “It’s intense. But if you’re not into it, you wouldn’t understand it anyway. I have met a few women in my time that truly liked it and I think they liked it for the same reason. You can actually give a woman an orgasm during anal by stimulating her clitoris and the result can be quite complex and different than an orgasm from straight sex. I would never pressure a woman who didn’t want to do it. If they don’t want, they don’t want. And with the women who wanted to try it (for the first time) I’ve never tried to hurt her. You can go really slow and it’s not so bad at all for her. She’ll have a better experience that way and be more open to trying it again.”

21. “It’s very tight. Like, super tight. The pressure on your dick feels amazing. And the female ass is a beautiful thing. It must be experienced.”

22. “Because female ass is glorious and besides smashing my face into them I can’t help but want to shove my dick in too.”

24. “For me at least it’s all mental. It’s just really ‘dirty’ and I find it awesome when she’s loving something like that. If she’s not into it then I won’t be either. Also I don’t think it feels particularly better, it’s just different.”

25.“It’s super simple to me: you’re giving me ALL of you and I crave that wholeheartedly.”

26. “You always want what you can’t have. There’s something incredibly powerful about a woman giving you permission to cross that final taboo frontier. Also it feels fucking AWESOME.”

28. “I mean…imagine you go to the same place for dinner every day but there is a smaller diner right behind it. Sooner or later your gonna want to try the other place…. can’t eat the same meal every night.”

29. “Psychologically it’s like the girl is a dirty whore, which is hot.”

30. It’s like cheating on your wife with her butthole. Also you get to goof up in there.”

32. “Taboo. Tight. And when she orgasms it spasms, which feels incredible.”

33. “Taboo. Anybody who says anything beyond that is just spinning their wheels, hoping to come up with a justification. We like fucking butts because you’re not supposed to fuck butts.”

35. “Think of it like a big red button that you’re told not to touch but you want to touch it anyways. It’s a hole you’re not supposed to dick, but goddammit you’re gonna dick it anyways.”

36. I like it because it’s like clipping. Dick goes into her body, but I still get a perfect view of that vagina. Additionally, it’s a power trip. I haven’t met any girls who are into it off the bat, so coaxing them into something that they normally wouldn’t do is hot for me. No pressure, just teasing.”

38. “It’s the one thing that makes you even more of an alpha male than you already are.”

39. “Many factors. Anus has a different texture and feel to it. It’s another option besides oral and vaginal. Sometimes you just want to mix it up and it’s nice to have a third option. The woman willing to take on pain for your pleasure is incredibly selfless and sexy. It doesn’t always hurt but it can even with proper technique and lube. Her willingness to do that for you is a big turn-on. It also means no chance of babies either. So less tension of things possibly going wrong and having a major life change.”

18. “Once I was having sex with my boyfriend of two years and he tried to slip it in the back door and position it all as a happy accident. As if I would fall for something like that! I wish he’d just been honest and asked me if I was willing to try it. The sneakiness is what really turned me off. Obviously, we’re not together anymore.” — Fay, 32

19. “Every single part of your body is a potential pleasure center. The sooner women realize that, the more sexually satisfied they’ll be. I pride myself on exploiting every cavity I’ve got to the fullest, butthole included.” — Gretta, 27

25. “Truthfully, I like it. I resisted trying it for ages, but once I did, I realized that it’s a great change in pace. If you relax into it, it’s amazing. You just have to be calm enough to unclench, you know?” — Olivia, 31

30. “No man or woman is every getting close to my butt like that. I can barely handle the stinky reality that is my asshole.”— Hadley, 22 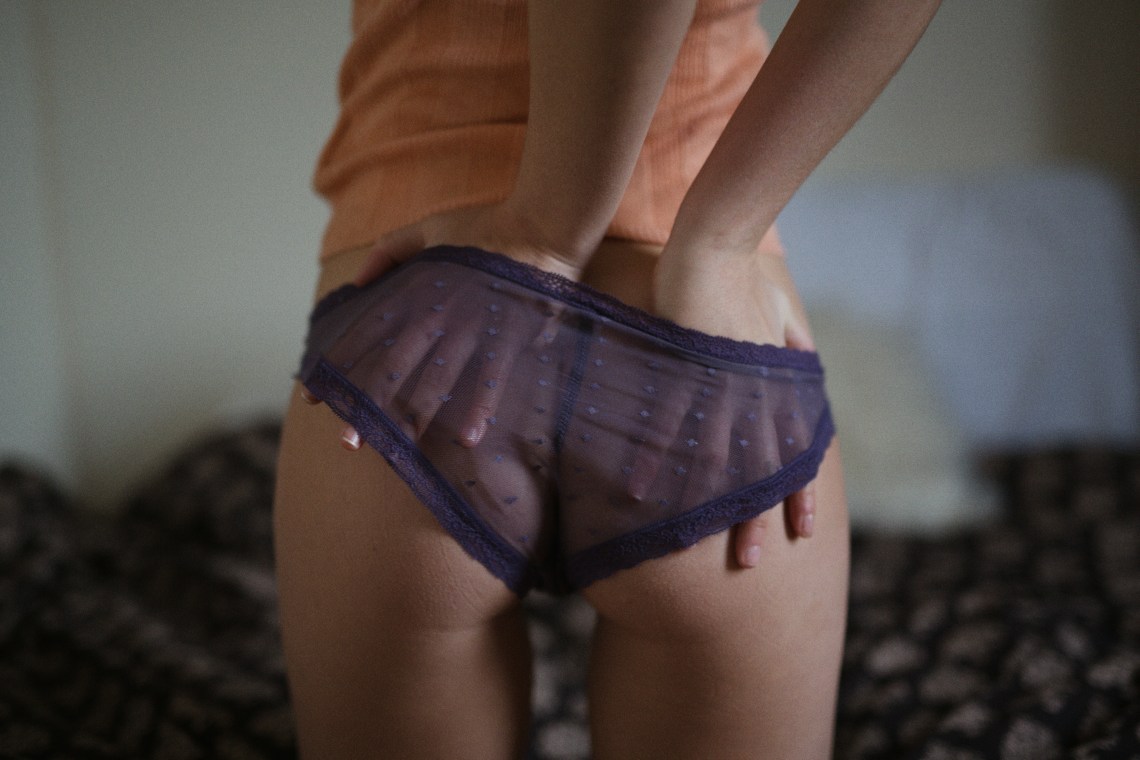 2. “You really, really, REALLY have to use lube. The butt cavity does not moisten itself! That said, I do love the feeling when my guy fingers my hole without any lube or just a little bit of spit. So good.” – Jason, 24, Austin

5. “I feel like a bad gay because I never really enjoyed bottoming until I figured out which positions work best for me. Not all positions are for everyone – everybody’s different.” – Chris, 40, Chicago

10. “It’s actually not supposed to hurt. Well, maybe at the beginning because suddenly there’s a dick inside of you. But really it’s supposed to feel good. If it doesn’t then something’s wrong.” – Jake, 29, New York

11. “You have to tell your partner how you like it. Communicate if you want good butt sex.” – Melissa, 38, Philadelphia

16. “I can’t believe I have to say this but CLEAN YOUR ASSES. You’d be surprised how many gay boys I’ve met who raise their asses in the air like, ‘Rim me, rim me,’ and then you get ready to go all in and they are just nasty. How can you call yourself a bottom and yet your booty is always funky? Just no.” – Jessie, 35, Los Angeles

17. “Definitely use protection with someone whose sexual history you don’t know and for any hook ups. But if you’re in a committed relationship with someone you trust, bare feels so good.” – Ben, 23, Chicago

1. “Tighter the first inch or so, loosens up beyond that point. Actually feels just very slightly warmer. Also had kind of a grainy feel, hard to explain. Oh, and use WAY MORE LUBE THAN YOU THINK YOU NEED. Get a lube shooter off of amazon if you can.”

3. “A pussy is like a muscle tunnel. A butthole is like a long balloon filled with ground beef with a few rubber bands at the opening.”

5. “I think it feels tighter but smoother.Vagina is looser but more ridged.”

8. “There’s more variation between butts than there is between vaginas, so your mileage may vary. Some butts feel very much like a vagina and are naturally clean and clear. Others are significantly looser and smoother once you’re past the sphincters (‘like fucking a glass of water’).”

10. “For me it just flat out feels better. More shaft stimulation and just the right amount of a soft pillowy hug from her bowels on my head.”