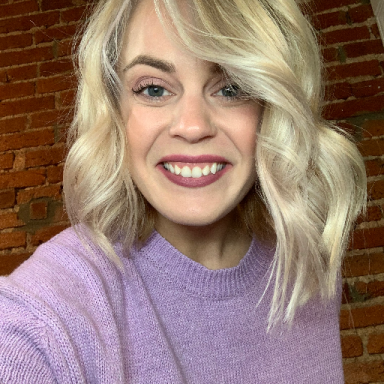 Recently, I’ve been feeling like I’m starting to lose my mind when it comes to my timeline. You know, the timeline that every female gives to herself about where she’ll be at certain ages and what she’ll have accomplished by each landmark. The one that said, “I’ll have my loans paid off by 25 (almost completely done) or that I’ll have purchased my own home by 28 (lol) or that I’ll be engaged by 27 (long gone).”

But the thing is, I’ve done so many things already that this shouldn’t even still be an issue. And yet, the more people around me secure the things I am working towards, the more I start to feel like I’m losing an imaginary race. A race where no one is running against me, but I’m running against a socially-imposed, invisible calendar.

One of the wonderful or horrible things about being a young professional with an incredible boyfriend is the marriage question. Yes, the dreaded marriage question. That I get asked twice a week. For the past three and half years.

And a girl can only take so much asking before she starts to think a few different things:

Is he ever going to ask me?

Why hasn’t he asked me?

Is he even talking about asking me?

How much more time does he need before he decides to ask?

What’s wrong with us that he isn’t mentioning it to me?

Does he even want to marry me?

Which is all insane. Because quite frankly, it makes me feel like I’m waiting on him for the next step of my life, like I’m literally a lady in waiting. And that is the exact opposite of who I am or who I aspire to be, so that’s a hard no from me.

The thing that’s been bothering me most recently is that no one asks him this question. In fact, that matter has become increasingly more obvious to me because he’s just started to bring up how agitated he is with the peppering. And if he’s uncomfortable with the new topic of conversation, it’s obvious he’s not a seasoned responder like I am. He doesn’t have the line ready: “Yeah, we’ve been having a lot of fun lately. Who knows when we’ll decide, we’re taking it at our own pace for now.”

So why am I the only one bombarded with these questions? Why am I the only one that hears them on a loop? Because at this point, the loop is starting to play on its own when no one is around, and it’s eating away at my sanity. I’m starting to wonder if I should print out business cards that say, “Hi, my boyfriend and I aren’t sure when we’ll get engaged, but we love that you love our love. When we have actual information to share, we’ll do so!” Although unconventional, it would be a great way for me to keep my sanity and ward off any unpredictable questioning while keeping this punctual and professional.

I’ve gone from elated and emotional when others get engaged to jealous. Jealous of their love? No. Jealous of their relationship? Absolutely not. But apparently I’m jealous of the fact that they’ve “got it together” and are making moves to seal the deal, which is so wonderfully apparent to everyone in my age range. And jealousy isn’t my thing. Jealousy isn’t something I do. So jealousy is becoming a problem for me.

But when I’m asked by a stranger or a colleague or a family member, it’s like the shiny toy I didn’t even really want, but suddenly I’m devastated that I don’t have one. Like, get it together, Erin, you weren’t even thinking about that toy 10 minutes ago.