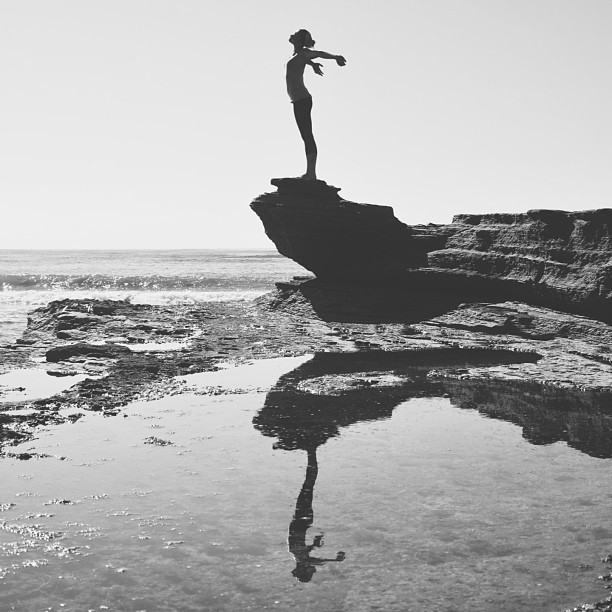 1. “Why do people say ‘grow some balls?’ Balls are weak and sensitive. If you wanna be tough, grow a vagina. Those things can take a pounding.”

3. “The thing women have yet to learn is nobody gives you power. You just take it.”

4. “A woman without a man is like a fish without a bicycle.”

5. “You want me to tell you what my husband thinks? My husband is not secretary of state; I am. If you want my opinion, I will tell you my opinion. I am not going to be channeling my husband.”

6. “It’s not my responsibility to be beautiful. I’m not alive for that purpose. My existence is not about how desirable you find me.”

7. “I love to see a young girl go out and grab the world by the lapels. Life’s a bitch. You’ve got to go out and kick ass.”

8. “I myself have never been able to find out precisely what feminism is: I only know that people call me a feminist whenever I express sentiments that differentiate me from a doormat.”

9. “I became a lesbian because of women, because women are beautiful, strong, and compassionate.”

10. “No woman gets an orgasm from shining the kitchen floor.”

11. “I am too intelligent, too demanding, and too resourceful for anyone to be able to take charge of me entirely. No one knows me or loves me completely. I have only myself.”

14. “That night’s show was watched by ten million people, so I guess that director at The Second City who said the audience ‘didn’t want to see a sketch with two women’ can go shit in his hat.”

15. “Cosmetics is a boon to every woman, but a girl’s best beauty aid is still a near-sighted man.”

16. “Women have served all these centuries as looking glasses possessing the magic and delicious power of reflecting the figure of man at twice its natural size.”

17. “Feminism is the radical notion that women are human beings.”

18. “I am a Woman
Phenomenally.
Phenomenal Woman,
that’s me.”

19. “She wins who calls herself beautiful and challenges the world to change to truly see her.”

21. “I am deliberate and afraid of nothing.”

24. “I dress for the image. Not for myself, not for the public, not for fashion, not for men.”

26. “As long as she thinks of a man, nobody objects to a woman thinking.”

27. “No woman can call herself free who does not control her own body.”

28. “Women are always at the front of revolutions.”

29. “Be nobody’s darling;
Be an outcast.
Take the contradictions
Of your life
And wrap around
You like a shawl,
To parry stones
To keep you warm.”

30. “I would not trade any of these features for anybody else’s. I wouldn’t trade the small thin-lipped mouth that makes me resemble my nephew. I wouldn’t even trade the acne scar on my right cheek, because that recurring zit spent more time with me in college than any boy ever did.”

31. “I know that, like every woman of the people, I have more strength than I appear to have.”

32. “There is a special place in hell for women who don’t help other women.”

33. “It is frightening when a woman finally realizes that there is no answer to the question ‘who am I’ except the voice inside herself.”

34. “I write for those women who do not speak, for those who do not have a voice because they were so terrified, because we are taught to respect fear more than ourselves. We’ve been taught that silence would save us, but it won’t.”

35. “My own sex, I hope, will excuse me, if I treat them like rational creatures, instead of flattering their fascinating graces, and viewing them as if they were in a state of perpetual childhood, unable to stand alone.”

36. “If any female feels she need anything beyond herself to legitimate and validate her existence, she is already giving away her power to be self-defining, her agency.”

38. “Women, if the soul of the nation is to be saved, I believe that you must become its soul.”