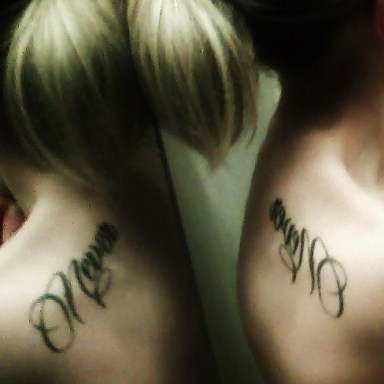 I knew he was going to fire me before he even said anything. Of course, I didn’t think he’d do it out in the open, in front of everyone. A hush went through the rows of cubicles as the others pretended not to listen.“Is this because of my medication thing?” I asked, trying not to sound too desperate. “That wasn’t my fault.” Earlier that week, I’d fallen asleep at my desk because the pharmacy was late in filling my prescription. I get drowsy when I don’t take my pills.

“It’s not entirely because of that,” he answered. He spoke in the evasive, imprecise language all lawyers are taught. I should know. I took this job because I plan to be a lawyer someday. “It has more to do with the constant lateness,” he continued. “We’d like our employees to be here at 8:30. We had informed you of this.”

My mind ran through a whole slew of arguments: I work more quickly and efficiently than anyone else, so why should it matter what time I get in, I do this job exceedingly better than the next temp you’ll hire and you know it! And the job description said 9 to 5!

There was really no point, though. He’d already made up his mind, and if I tried to convince him otherwise, it would only make me look pathetic. Also, it seemed that superior work wasn’t really their first priority. They’d clearly rather hire someone who did mediocre work, but at least showed up half an hour early every day.

“I understand,” I said, keeping my mouth in a flat line. “Well, thank you for the opportunity to work with you. It’s unfortunate that we must part on these terms.”

He gave me a half-assed nod and retreated to his office.

On my way out, I made sure I walked past the cube of the lady who’d hired me. She ducked and pretended to focus on an e-mail, probably hoping I wouldn’t speak to her. I stopped, and she acted like she didn’t notice.

“Emma, it was a pleasure working with you,” I said in with fake contrition.

All those bonding conversations we’d shared – her love for her corgi-schnauzer-whatever and my inability to care for living things, her obnoxiously close family and my estranged one – all of it meant nothing, apparently.

“Yes, you too,” she said quickly. She almost sounded afraid.

“Good luck,” I said. Unabridged version: Good luck hiring someone who will do this job half as well as I did and not fuck everything up.

Then I gave everyone a gracious smile, and walked out with professional indifference in place of a facial expression.

When I got to my car, I sat still for a moment and considered my next move. Of course I was pissed, but acting out, screaming, punching the steering wheel – that’s not really how I do things. All I could think to do was start the ignition and drive away.

Where would I go now? What would I do? Suddenly my life was an open-ended question.

As always, traffic was murder. It forced me down the path of least resistance, literally, until I barely had any idea where I was going. The road I merged into ended up taking me past the strip club where I used to work when I was 19. As if I needed the reminder.

That old place, with its clashing neon signs and letter board outside advertising drink and “dance” specials, might have had a trendy façade in 1983. Now, it looked as tired and sad as an old cougar who’d lost the glamor of her youth a long time ago, but refused to believe it. I’d only worked there a few weeks for extra cash my freshman year of college – and no, I wasn’t a waitress. My only prior experience came from behaviors I’d learned in nightmarish frat party basements. I figured, being a female at a party school like Northern, I was already going to be groped by skeezies while grinding on boners I had no intention of satisfying, I might as well be getting paid for it.

Now, five years later, that all seemed like a lifetime ago. I drove past and pushed the lingering memories away. No way would I go back to work there. I’d rather get paid to kill people.

As fate would have it, the road passed by a sprawling hospital complex a few miles later. I saw the treatment center where I went inpatient for the first time, after quitting my job at the club. In addition to walking my ass off in six-inch heels all day, I also had a problem with compulsive exercise and not eating enough. Even though it stemmed from a desire to look like a runway model, it grafted onto my OCD and morphed into a hideous chimera all its own. Needless to say, my undying commitment to perfection nearly killed me. Sometimes, I wish it had.

This was one of those times.

No. Stop. I talked myself out of it. I pulled my mind out of the downward spiral while I still could. Don’t even go there, I reasoned. You don’t do that anymore. You’re better than that. I was at a healthy weight for two years and the worst thing I could do was fuck that up.

Now that I thought about it, I was so hungry I could faint. I realized I hadn’t eaten anything yet. It took everything I had to stay awake for the next hour, but I made it home fully conscious. Once I got into my apartment I ate cereal, took my pills, and passed out on the couch.

A few hours later, I woke up to the tune of my phone ringing. I fished it out of my beat-up Louis Vuitton and checked the caller ID.

It was someone from Luhrman-Rothstein, the popular legal staffing agency with whom I was under contract – the same agency that had placed me at the job I’d just lost. They’d probably want me to explain my sudden dismissal that morning. Taking a deep breath, I took the call.

“Hi, Tess, it’s Zoe Sparks from Luhrman-Rothstein.” My hiring rep, the one with the voice like artificial sweetener. I like her, though. I’d rather deal with fake politeness than genuine bitchy-ness. “I heard things didn’t go…as planned this morning.”

“About that,” I said, “you have my sincere apologies.” Just don’t say, “I’m sorry,” I told myself. It would only sound that much sadder. “I made a mistake. It won’t happen again.”

“Yes, try to avoid making that same mistake in the future,” she said, glossing over any emotions that might have accidentally seeped into this conversation. “Use this as a learning experience. Meanwhile, we will try to find you another assignment.”

I asked her a question, even though I knew I’d hate the answer. “After…what happened today…will that hurt my chances of getting another assignment?”

“Well…” Oh shit. A pause. “We may be…reluctant to assign you to other clients, with that on your record.”

Tara-Mae Wrona is the nocturnal alter-ego of an over-stressed, over-caffeinated female law student. If you don't ...