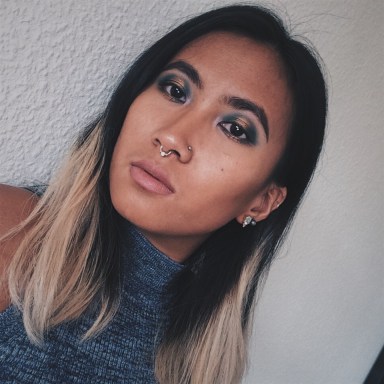 Everyone talks about a mother’s unconditional love. But what if it doesn’t exist? Daughters are socially expected to be close with their mothers. But are you one of the women who aren’t?

Mother’s Day isn’t just for celebrating moms. It’s a day some of us dread because we are reminded we grew up (or are still) unloved, not good enough.

While my friends get teary-eyed over sappy mother-daughter newsfeed posts, I feel sick knowing I’ll never have that relationship. I cannot relate to the universal “mom knows best” adage. We glorify mothers, call them our BFFs, place them on a pedestal nearly as high as the Virgin Mary’s. Jeeze, even Harry Potter is centrically about a mother’s love.

The truth is, not every woman who gives birth is a mother.

Society hasn’t fully come to terms with the notion of shitty parents, particularly moms. People usually shrug off such claims with, “But she’s your mother, you should still love her.”

Most of us can’t fathom how someone could detest his mother, especially if we have a normal, healthy relationship with our own. How could you hate the woman who carried you for 9 months? Experienced 12 hours of labor to bring you into this world? The answer? Abuse.

Are you still a child’s mother if you habitually hit or berate him whenever you have a crap day? You’re certainly his procreator, but definitely not his mom. A child is a treasure, not an emotional outlet or a punching bag.

Remember – abusive mothers are still abusive even if they give you gifts, even if they sometimes act sweet, even if they send you to the best private schools. They can also be abusive to you while being completely loving towards your brother or other siblings and children.

As kids, our worlds are small and majorly encompassed by our “heroes” AKA our parents. Just imagine Wonder Woman constantly pointing out you’re a “useless disappointment and waste of money” from the age of five until thirty-five.

According to a psychiatrist, Peg Streep, “Children, particularly daughters, are often experienced as a reflection of the mother’s sense of self. Many unloving mothers make sure their daughters look and sound good in public, and they pay attention to behaving lovingly in public which is all the more confusing to a child.”

Mothers who attack and hurt their daughters are doing so because they haven’t healed from their own past issues. They are often unaware they’re doing something wrong. Is that an excuse? Heck no. You were left to grow up with a significant lack of tenderness while being made to believe you are the problem.

The worst part about having mean mothers is they’re dismissive. When you accomplish a goal, you want to share it with her in hopes of winning her approval (which you will instinctively crave), but you can’t because she’s either going to scoff at its insignificance or simply not react.

It will take you years to overcome the trauma of having a mother who despises you and openly chose to neglect you. It will come at the expense of unhealthy, broken social relationships because you may not have learned any boundaries. Then come the traces of your mother you will have to unlearn from your own personality: social anxiety, anger management, crippling self-doubt.

To put one’s child through that is sinful.

Your mother chose to have, keep, and raise a baby. They were grown enough to realize what to expect. Providing you with the most basic human needs is not a “favor” you need to return, is not a blackmail tool for her to use to shut you down when you work up the nerve to stick up for yourself.

You do not owe your abusive mother anything.

You need not speak nice to her, you need not forgive her, you need not love her no matter the financial support she gave as a parent. Abuse is abuse and only you have the ability to end it by walking away and taking back the power she’s been holding over your head since the day she renamed you “burden.”

If you come across someone who has a mother like this, please do not say, “I’m sure she loves you” or “Respect your mother!” or “Think positive, don’t be ungrateful.”

If you stand up against a cruel mom it is not “disrespecting an elder” or “talking back.” You have the right to defend yourself, to be the real hero of the child who should’ve been cared for by the woman who decided to give it life.

So to the daughters whose mothers never learned to love them – you are not alone.

You will survive this Mother’s Day, as you always have. Make your friends your family and abandon mother’s approval in your childhood home. Blossom. Sever all ties if you must, if that’s what takes for you to heal and grow.

“The blood of the covenant is thicker than the water of the womb.”