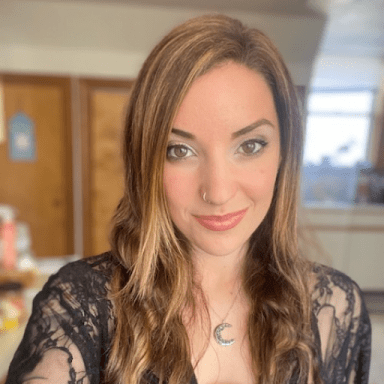 I recently picked up the book Llewellyn’s Sabbat Essentials: Samhain, which is all about Samhain (pronounced sow-in), or what many call Halloween. Samhain is the final spoke in the Wheel of the Year, according to many modern Pagans and Wiccans, and is viewed as a time when the veil between the land of the living and the land of the dead is at its thinnest. This book provides a history of Halloween, also known as Hallowe’en, Allhallows eve, or Hallowmas, and the way other cultures, religions, and countries have had a vast influence on it’s meaning and traditions over the centuries. After reading about its history, I was inspired to look further into the history of Halloween traditions and figure out why we celebrate the way we do.

Trick-or-Treating has roots dating back to Irish and Scottish practices that occurred on multiple nights leading up to Samhain. In Ireland, the poor went door-to-door “mumming” or “souling,” which meant they would offer songs and prayers for the dead in exchange for soul cakes, or cookies with a cross drawn on top. In later years, “mumming” led the way to going door-to-door saying, “Help the Halloween party! Any apples or nuts?” In France, this tradition differed slightly in that children would go door-to-door to collect flowers that they could use to decorate the graves of loved ones.

The history of the Jack-o’-Lantern began in Wales during the Middle Ages. Any person who went out into the night would carry a turnip on a string that had a glowing piece of coal inside. The name originated from a legend about a blacksmith named Old Jack, who was said to be so evil that both heaven and hell refused him. With nowhere to go but essentially limbo, he wandered the streets with the turnip lamp to light his way. When Halloween traditions were being spread into the New World, pumpkins were more common than turnips so those were now used as lanterns instead. Jack-o’-Lanterns were placed along walkways of paths to “keep witches away,” but more importantly, they were used to light a path for ancestors who were wandering across that thin veil.

While there is no exact record of why, pranks were always a part of the Halloween festivities. Early on, it was said that pranks were commonly used as a way to fool faeries. Additionally, some thought the pranks were a way for culprits to get away with doing things they wanted to do by simply placing the blame on the faeries. In any case, the pranks were then known as “threshold” pranks and included taking doors off hinges, soaping windows, and de-picketing fences. In northern England, Halloween, or the night before on October 30, was given the nickname “Mischief Night.” This night was filled with mayhem, when young men would throw fireworks in mailboxes, fill locks with glue, and whitewash windows. Today, we more commonly see smashed pumpkins or toilet papered houses.

What began as ancient Celtic villagers dressing up as animals or frightening creatures, evolved into individuals dressing up to partake in “mumming,” or the singing of traditional songs. In South Wales, men and boys often dressed in sheepskin or ragged clothing and masks.

The Irish brought many costume customs to America. In colonial America, there were masquerade parties with a Victorian aesthetic setting the tone for the attire. In the 1930’s, commercial costume companies began to appear, with the earliest of these costumes including Little Orphan Annie, Mickey Mouse, and a witch.

Today, Dia de los Muertos, or Day of the Dead, celebrated on November 1st in Mexico, honors the dead through memorials, sugar skulls, grave decorations, flowers, and large parades. Traditionally, and still held in some households as part of a Samhain ritual, “dumb supper” is held, in which people set out food for their family and departed ancestors. Participants will eat in silence or in whispers for the duration of the dinner, except at the beginning of the ceremony whey they invite ancestors, and at the end when they say goodbye.

Today, we should still try and use Halloween as a time to reflect on the past year, think about those who have passed, and honor them in some way. They are, after all, the closest to us they ever will be for the rest of the year.

Remembering the True Meaning of Halloween

Halloween speaks to humanity’s need to acknowledge fear, death, uncertainty, and loss. Samhain, or Halloween, offers a chance for renewal and a chance to connect lovingly with the dead again. This is the perfect time to get a release from your normal everyday life. Watch scary movies to get into the spirit, visit a haunted house, carve Jack-o’-Lanterns, and make candy apples. Most importantly, remember that the veil is thin between the dead and the living at this time. This Halloween, be sure to celebrate life, death, and the chain of lives that brought us all together.

I hope to help others by sharing my experiences through writing.