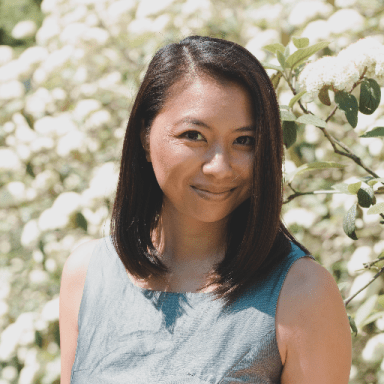 My first kiss after healing from an abusive relationship was a testament to how far I had come. It felt like butterflies dancing in my heart, followed by the desire to flee. I felt hopeful and triggered all at once. My mind fought to stay, but my body wanted to run, as I emotionally leaped back and forth from joy and PTSD.

The night of the kiss started off as playing catch up with a man I haven’t seen in over three years. We had a funny history of awkward first impressions coated with an innocent attraction towards one another. Divine timing was never on our side as I had yet to break my rose-colored glasses.

After a year of healing in solitude, I was smarter, stronger, and wiser. I had broken the spell of falling for love bombing, covert deceptions, and hidden agendas. I learned the hard lesson of not being able to control the way people treated me, but what I could control was who had access to me. I knew whatever came about from meeting this old friend, whether romantic or platonic, he would always have a place in my life.

The fluidity of our conversation lasted from sunset into the darkest stage of twilight. We exchanged stories of navigating breakdowns to breakthroughs, closing chapters and opening new ones, and redefining happiness. I expanded into the gritty details of my depression and near suicide attempt and to my surprise, he held no judgment, only space. He was composed of compassion and empathy – a quality very few held in my life. Without hesitation, I welcomed this renewed friendship.

We walked aimlessly into the night until we reached those Brooklyn steps and reminisced on our first impressions of one another. It was filled with me missing his every attempt to spark my attention. I was unaware of the wild infatuation he had for me. I was both flattered and saddened—the signs were missed because my brain was unconsciously magnetized to narcissistic men.

He admitted to initially seeing me as naïve, and I admitted to seeing him as arrogant. Miscommunication and pride kept us apart. I had misjudged his arrogance for bold honesty, but he was accurate towards my naivety.

He read me like a book, but the story that lead up to who I was at the surface, remained in my hands. He did not know the “why” to my perceived behavior. He did not know my naïve heart was what lead me to the arms of a partner who held my mind, body, and spirit captive for nearly five years.

After so many lost years spent with someone who didn’t belong to me, I was able to trust my intuition. I had spent hours spilling my most vulnerable stories with a friend who was more honest in one night than my former partner was in five years. I knew this night would not end without a kiss.

After the harmless kiss, we went our separate ways with an unforgettable memory imprinted in our hearts. The memory of a moment where we stopped pretending we’re just friends. A moment where after years of him chasing, I let him catch me.