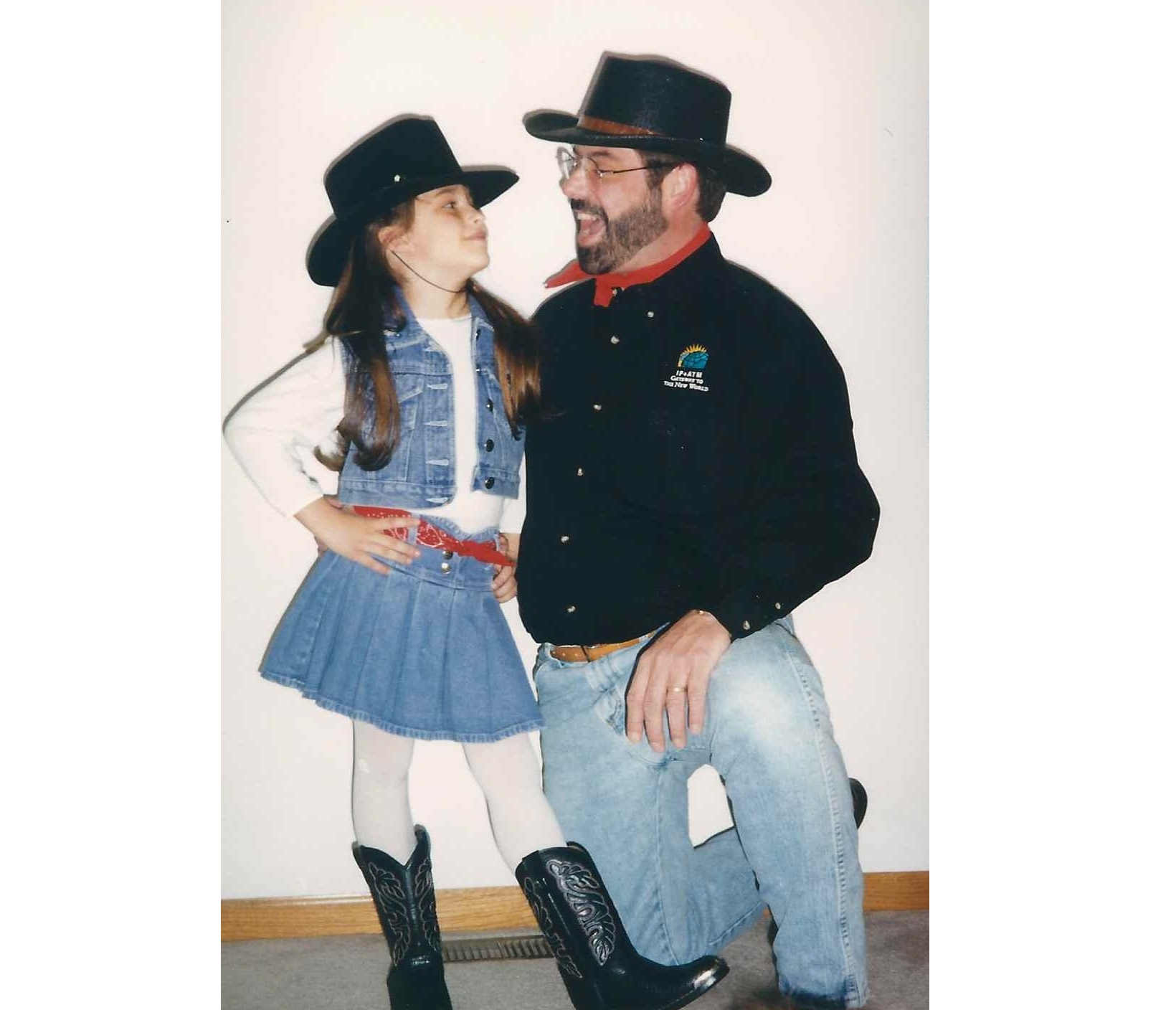 1. When he tries to do your hair (and it looks absolutely tragic.)

Braids, pig tails, the simplest pony—he just can’t do it. But at least he tries…right?

Maybe it’s fishing. Maybe it’s building a sandbox in the backyard. Or maybe it’s to that rated R movie that your mother would absolutely kill him for taking you to. Regardless, it’s your special thing.

3. When he teaches you how to fish, or change a tire, or shoot a hockey puck.

Or anything sport-related, ‘dude-related,’ or labeled as ‘dad stuff.’ He somehow has this incredible patience with you, and can comfort you even when you randomly burst into tears. He’s the one teaching, re-teaching, and practicing with you until you actually get it. (Which can take a while sometimes.)

4. When you go shopping for mom together.

Which is usually the day of the anniversary/special event, and typically consists of you giving him ideas and him running around frantically. But regardless, it bonds the two of you.

5. When he lets you sit on his lap and drive.

And you totally suck and confuse the gas and the break, but he sits patiently as you park, reverse, and do a million donuts around the parking lot.

6. When you strike out (or completely fail at something he taught you.)

And you’re walking back to the dugout with your head hanging and your bat dragging behind you like a dead animal, but somehow he hides his disappointment and makes you feel like you’re the best ballplayer in the world.

7. When you take that official father-daughter dance picture.

And he buys you that little wrist corsage, pretends to be your boyfriend for the night, and never complains, even when you accidentally stab him with the boutonniere pin. Oops.

8. When he catches you kissing a boy.

Oh sh*t. Oh sh*t. You totally try to play it off but your face is the brightest watermelon pink and there’s no hiding it. Now you’ll have to give him the rundown.

9. When he pulls the ‘I have a gun’ line (and other threats) on your very first boyfriend.

Which is totally freaking embarrassing, but also endearing. Because he totally loves you.

10. The first time you ask him to buy tampons.

And his face gets all contorted with terror. Or he runs in there (literally runs), and grabs the first thing he sees. Super plus for an extra heavy flow?! Come on, Dad.

11. When he finds the bottle of booze in the back seat of your car.

He’s super not impressed, but this will lead to the stories of his high school, party boy days. (And eventual grounding.)

12. The first time you get in legit, deep-sh*t kind of trouble.

AKA ears-turning-red, fire-breathing-dad mad. You might as well come clean about everything you’ve ever done because he’s legit steaming from his nostrils.

And you feel like the scum of the earth because he doesn’t cry much and his tears are probably the most painful thing in the entire world to ever witness. Never again.

14. The first time you make him cry for a good reason.

AKA happy tears because he’s proud. Because you’ve won an award or played an amazing game or sang beautifully or got all A’s or graduated. And because you’re his daughter and he loves you so incredibly much.

15. When you realize he’s not superman.

Probably when he tries to make pasta and totally burns the crap out of it. And you realize, for the first time, that he’s not perfect. But that doesn’t matter. Because he’ll always be your hero.