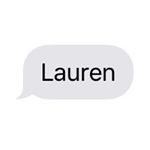 O, beware, my lord, of jealousy;

It is the green-ey’d monster, which doth mock

Who, certain of his fate, loves not his wronger:

But O, what damnèd minutes tells he o’er

Who dotes, yet doubts, suspects, yet strongly loves!

The only notion I had of a girl I wanted to hate so desperately were pictures smiling and laughing candidly, drinking sparkling glasses of iced tea on white sand beaches and sitting front row at Coldplay concerts. I wanted to make her human. See her drunk crying, popping a pimple.

There’s a CNN article somewhere that says Americans spend 50 minutes a day on Facebook. A pretty plausible estimate, I think. Especially for college-aged kids. “Dang millennials!” as the baby boomer generation would say.

Can you blame us, though? There are too many pictures to scroll through, blogs to read, and statuses to post for anyone to just spend a few minutes with that little blue and white logo reflecting on their pupils. There’s a digital scrapbook for almost everyone you know available at all times; why wouldn’t you look?

And, it’s not like anyone means to spend so much time glued to a screen. It normally starts innocently enough. Clicking through your friend’s Cancun vacation and 45 minutes later you come to, blinking wildly as if in a trace, looking at their cousin’s boyfriend’s sister’s engagement pictures from three years ago.

It started innocently enough for me. I just wanted to see what she looked like. It spiraled quickly, becoming a separate beast entirely. I thought I was cyberstalking until I looked up the legal definition on Google: “the repeated use of electronic communications to harass or frighten someone, for example by sending threatening emails.” I wasn’t doing that per se. But, I was checking her social media at least four times a day, every day. Her Facebook profile began showing up as “frequently visited” in my internet browser, much to my horror.

I found myself causally bringing her up in conversation, her name slipping off my tongue before I could stop myself. A disgustingly modern, twisted woman crush on a woman I’d never met, didn’t actually know. “Actually” because she was the last person my ex-boyfriend cheated on me with. I knew of her, and I assumed she knew of me (I hoped?) but we’d never had any interaction. And, yet, I knew what kind of dog she had (Scooter, a Golden Retriever) and where her family went on vacation two summers ago (Cape Cod).

I wanted to hate her and I wanted to be her. But, I couldn’t do either. She hadn’t known I’d existed during their months-long escapade hooking up on beer-soaked frat couches and dorm-style twin beds. I couldn’t hate her. Not logically. Not rationally. And, since I couldn’t become her, I instead trapped myself in a self-pity cycle of stalking her every move on social media. The Pillsbury Dough Boy’s smile seemed to mock me from the jars of frosting I ate with a spoon while looking at pictures of her in a bikini by a lake somewhere.

I wish I could say I was one of those people that found out about a kiss he shared with someone other than me and cut him off completely, but I wasn’t. I gave him every opportunity to explain himself, willed myself to understand. I ate up every lie he told like a hungry dog picking up scraps behind a butcher shop. I cried in his arms and ran my fingers through the mess of dark curls on his head after he drove 10 hours unannounced to try and “win me back.” As if he’d lost a game only he and I were playing.

His stories, of course, were vague and misleading, a flurry of drunken happenings he claimed not to remember. It was just one kiss turned into it only happened once and then I swear I thought of you the whole time, every time, with every girl.

But, even as I swore him off and attempted to lick my wounds, I found myself at the same place each night: after midnight, iPhone on low brightness so as not to wake my roommate, Facebook app opened to her profile. I’m not sure why I fixated on her and not the others. Possibly because we’d never met, or maybe because every single one of her social media accounts was completely public. A treasure trove of personal happenings I could indulge myself in, hoping to somehow answer my own question “what makes her so much better than me?”

My impulse control, as well as my self-esteem, hit rock bottom after learning her name. I tortured myself looking at her pictures. Obsessed with the idea that this girl was somehow my superior. I hated her because she was beautiful and flashing a megawatt smile in every picture, hair styled neatly and her lips an expensive-looking shade of pink, freckles dusting the apples of her cheeks. I saw her hometown listen as “Atlanta, Georgia” and imagined her with a sweet southern belle sort of twang delivering baskets of fresh-picked peaches to the homeless. Among the snapshots of her with flashing sorority hand symbols, sipping vodka lemonades at bars, lounging on a grassy quad, there was a picture of her smiling next to my boyfriend; ex-boyfriend. Arms wrapped around him, both of them smiling wide on a boat somewhere in the Ozarks. Him wearing the shorts I got him for his birthday. The ones with the American flag pattern from that expensive frat-boy brand. She’s in a purple bikini, still tan from summertime. A Natty Light in one hand and my boyfriend’s freckled shoulder in the other.

I eventually came to the conclusion that it was easier to focus my attention on things out of my control than admit that I’d been deceived and let down by my first real love.

Being cheated on is one thing, but being cheated on and having access to the Facebook, Twitter, and Instagram of the person who seemed to have one-upped you in some mystifying way is a whole other can of worms. I lost 15 pounds from weeks of eating once a day, feeding myself with pity instead of my meal plan, then cursed myself for not being able to maintain a feminine figure like hers. It’s its own kind of self-torture when you want to be someone else. I hated myself for wanting to be her. I hated her for allowing my twisted indulgences with public profiles. I prayed to God I hadn’t accidently liked one of her pictures without realizing it.

The feeling of inferiority became so tangible. I felt like I could pull it from my mind through my ear, mold it into a sculpture and set it on my nightstand. A dramatic display of my own shortcomings.

I listed all the ways she was better than me on a virtual sticky note:

Her hair is long and pretty. (I should grow mine out.)

She’s from the southern-bell-south. (I wish I’d grown up somewhere besides shabby Saint Louis.)

She has great style. (I should go shopping.)

After months of looking at her profile, countless hours lost scrolling through her images, Googling her name, I was disgusted with myself. I got angry because I couldn’t get her out of my head. That perfect row of straight white teeth, permanently ingrained in my head, blinding me with all the reasons why I wasn’t good enough for him to be faithful.

I knew she was a real person but I didn’t believe it because her Instagram said otherwise.

Enough was enough. I needed to do something.

I went visit my friend at the University of Kansas. Where she also attended school. I would surely see her out at one of the hand-full of underage bars in the college town. My stomach ached with insecurity the entire drive to Lawrence, but I was tired of feeling trapped by my internet browser.

I was careful not to take too many shots of cheap vodka for fear I’d turn into a sloppy, mascara streaked mess the moment I saw her. The entire night felt dazed, a dreamy alertness compounded by booze and my shifty eyes constantly scanning the room, looking for her face. When it happened, a few seconds pass before I realize who I was looking at, not as easy to spot as I’d imagined a golden aura surrounding her. She smiled at me sheepishly from across the bar; knowing who I was. We both knew what the other was thinking. Well, shit. This is her.

We said nothing to each other, a mutual understanding that while we knew the same people, we would never really know one another, not outside a computer screen. I spotted a pimple on her forehead, masked with foundation, and felt a gratitude fizz up inside of me like Mentos plopped in Diet Coke. She was real.

I was born with my left ear pointy like an elf