Skip to content
Sponsored Content
Report This Article
What is the issue?
If you had the opportunity to tell your friends EXACTLY what you think about their lives, would you? And even tougher, if you were on the receiving end of that criticism, how would you deal? Freeform’s newest reality series, The Letter, premiering October 11th, dives into exactly that. For one week, my closest friends and I participated in an anonymous letter exchange, to which we challenged each other to make a lifestyle change that would help us become our best self. It was a lot of things. Interesting, scary, annoying, challenging. But above all, it ended up being exactly what I needed. 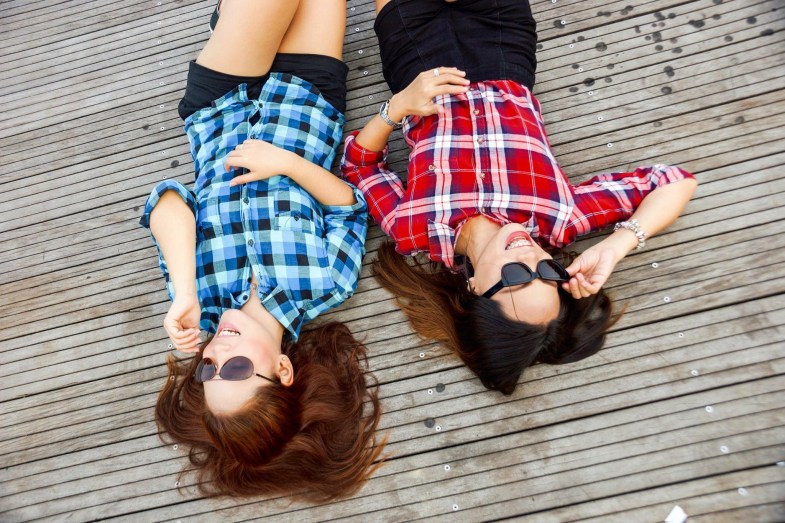 I, Kendra Syrdal, am a lot of things.

I’m a writer and editor, a dog lover, a short person, always cold, can put together (most) Ikea furniture without yelling, a beer drinker but not a beer snob, and I dye my hair more than most people should.

But I’m also a certifiable workaholic.

I start most days off at around 7:20 in the morning, not only because this is around five minutes after my first alarm goes off and my dog demands to be let out, but because my company is based in Brooklyn, New York. So at 7:20 in Seattle, they’ve already been working for almost an hour and a half…if not more. I generally have at least 10 missed messages to catch up in our group work chat, around five new emails from various writers who live abroad who emailed me at a reasonable hour for them, and at least a few projects to tie up before starting my new things for the day.

And I’ll do all of these things, creating content, editing other content, responding to messages and memos and phone calls (oh my) usually until around 8 PM, sometimes later. I try to take a break mid-afternoon sometimes to go running or go on a long walk with my dog. But…even during those times when I was trying to give myself a break I’ve definitely still emailed while on the treadmill, or answered a work call while at the park with my dog.

I’m a workaholic. But I love it.

See, I’m of the mindset that if you do not keep going, keep grinding, someone will always be behind you ready to take your spot. And more than that, I like my job. I genuinely LOVE what I do so going, grinding, working isn’t a chore for me. It’s awesome. It’s something I look forward to doing and feel calmer when doing.

Working is my happy place.

I know that my workaholic ways sometimes annoy my friends. Hearing, “I just need to schedule these posts!!” or, “Hold on I just got a weird email…” even when it’s Saturday isn’t the best. I’ve been caught and chastised for working on vacations, on the weekends, even at 1 AM at the bar because I caught a typo in a headline.

But I wasn’t aware of just how much of a problem they thought my “always grinding” mentality was until recently.

Inspired by Freeform’s newest show, The Letter, I agreed to participate in a weeklong challenge with two of my close friends, Ari and Lauren. We’d each write and accept an anonymous letter from someone about where they saw a gap in our lives, an opportunity to change, and then live according to their rules for that week.

And I’ll be honest, I knew exactly what was coming.

The thing about self-awareness is that even when you’re in your little bubble, you can probably already sense where things are maybe not as idealistic as you’d like to be able to pretend they are. Our egos can be blind sometimes, but I think they’re more aware than we give them credit. You know when something is off, or when something isn’t the best.

It just doesn’t always stop you from doing those things anyway.

I knew my working habits were going to come up. I knew they were going to tell me to turn my phone off, to set an auto-response, to stop. I knew it was coming.

And I was right.

“Of course work is extremely important, but you also have to allow yourself to not work constantly throughout the day,” read the anonymous letter I received at the beginning of the week. And it told me that I had to quit, cold turkey, with my working ways.

So for five business days I tried it.

I turned off the notifications on my phone for my Gmail app and made a slightly bitter mental note to catch up on Saturday and Sunday. I tried not to think of the little messages that would soon be populating my home screen and instead started binge watching a new TV show to dull out the little annoyances of how I wanted to be multitasking.

But then Saturday came and…I didn’t really need to catch up. And Sunday rolled around and instead of holing up in my bed working while everyone else slept in, I cleaned my apartment and made brunch plans.

And then instead of giving myself the Sunday Scaries after 4 PM rushing to get ahead for the impending Monday, I took a nap. After which I took my dog for a walk and organized my new desk that I bought the previous Saturday. And then I watched The Emmy’s and cried when Kate McKinnon won.

Basically, the world didn’t stop turning just because I turned my working ways off for a week.

My inbox was still at a manageable level the next morning, no one accused me of slacking off or not working all week. Everything was fine.

The thing about our lives is that it’s very easy to get tunnel vision. You do the same thing every day, with the same people, at the same times, and it all seems rosy and great. But you’re only seeing things from your perspective, from your viewfinder. From your tunnel vision.

And sometimes, we need to look to the left.

Hearing my friend say, “You need to take a step back and realize that you aren’t going to fall off of a cliff when you do that,” was scary. It wasn’t what I wanted to do.

But if you live your life always doing the things you want to do, you’ll never be challenged. You’ll never grow. And, in my case, you’ll never find out how to really take a step back and give yourself a break.

As The Letter shows, even when you’re close with your friends, telling them the truth about where you see gaps in their life is hard. It’s completely easy to keep going about your day to day life pretending like those gaps don’t exist, and like the tough areas we’ve been avoiding where we can change our lives would be better served for another day. It was scary to tell someone places where I felt hurt by her behavior, or where I saw opportunities that she wasn’t taking. It was hard to tell someone, “This is where I think you need to do better,” and hard to hear, “Here’s where YOU need to do better.” And, anonymous or otherwise, those things will always be hard.

But it was also what I needed.

And maybe, like the other girls on The Letter and my own friends, it is exactly what you need too.