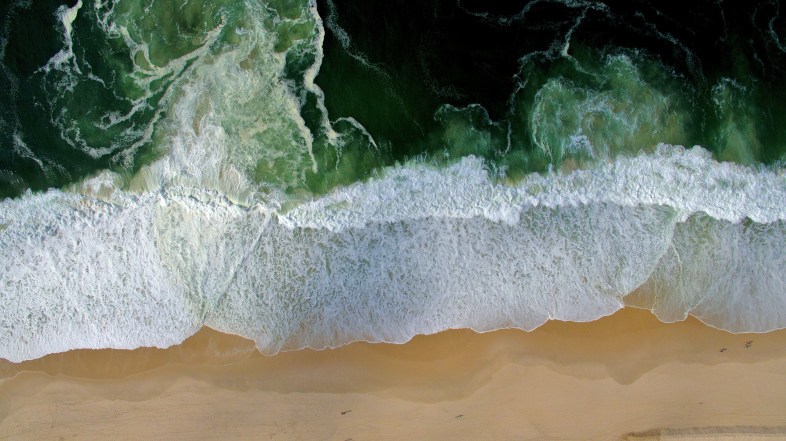 There’s a disease that practically all of us are struggling with, whether we openly admit it or not. It’s something no one talks about in Health class or even over mimosas between close friends at brunch. But it’s real, sometimes completely debilitating, and it’s there. It’s the one that creeps up when you least expect it. You’ve just been quietly perusing Instagram, or Facebook, or anywhere online on your commute home and BAM, it completely washes over you like a fever out of nowhere.

It’s seeing a happy girl posing against a white brick wall with an iced coffee in hand and saying, “Damn I wish that was me.” It’s looking at her tagged stores for her minimalist-chic outfit, her effortless poses, and deciding that she has a life that is more satisfying than your life will ever be. And not just because she has impeccable filtering skills and apparently an on hand photographer.

It’s seeing someone from high school post on Facebook about their promotion at work and watching them rake in 100, 200, 300 likes celebrating the fact that they are impressive. It’s clicking through page after page of their life and coming to the conclusion that even though you are not living it, it’s absolutely better than your own life. It’s looking at the photos of them cheers-ing in a suit with an undone bowtie and having the overwhelming fear that you will never know what that kind of accomplishment feels like.

It’s seeing people from behind the safety of your laptop screen, or your phone, or on the sides of the busses in your city, and wondering, “Why them? Why not me?” And instead of just saying, “Good for them” and continuing on your commute you let it linger in the back of your mind, chipping away at and pestering you until it keeps you awake at night.

It’s jealousy. It’s FOMO. It’s the paralyzing fear that you will never amount to something comparable to what you’re idealizing.

You can do your best to ignore that nagging feeling, that pesky “I wish that was me” that lingers around you when you think about where someone is compared to you, but it always bubbles back up. You can deny all you want, say that you don’t care or even that you’re happy for them. And maybe that’s partially true! Maybe you DO wish them well and are excited about their achievements and want to high-five them and say, “Good for you.”

The thing about feeling jealous, envious, or anything similar is that try as you might, you have no control over it. You can preach self-love and confidence and live those things every day, but there will still be days where you don’t feel confident. Where you don’t feel like you could take on the world. There will still be days when you’ll see someone else, and you’ll wish you were them.

There will be days where you’ll look at someone else’s wins, and only be able to see your losses.

What you don’t see when you’re so focused on someone’s successes, and you become so entirely wrapped up in your own perception of them and enveloped in being envious and picturing their seemingly perfect life, is that they’re human. They’re a person just like you. They wake up with gunk in their eyes and breath that is rank and they look in the mirror and see flaws. They have people who intimidate them at the office and they’ve had to transfer money from their savings to their checking at least once too.

When you see a person and instantly get a little envious, it’s because you’re only seeing the successes. You don’t see the failures.

You don’t see the people that they see when they look at on their own phones, and that they are jealous of and wish they could be.

So how do you overcome it? How do you make it so your own jealousy, your own feelings of inadequacy, don’t hold you back?

You let those nasty, ugly, gross feelings push you, and ultimately motivate you to do better. To be better.

Instead of looking at someone’s selfie and then spending hours in front of the mirror hating your pores, run a mile and realize how amazing it is that you have a body that can carry you that far. Instead of seeing the news of someone’s promotion and feel stuck in your own professional life, push yourself to make an advancement in your own career path. Instead of staring at someone and wallowing in your own shitty feelings of jealousy, recognize that they’re simply human and move on.

At the end of the day, we all are affected by negative feelings from time to time. But it’s not feeling that way that defines us. It’s what we do after. It’s how we channel that energy to be better that says what kind of person we will be.

And even if this only helps a little, you should know that you’re probably the person someone else is jealous of from time to time. Whether you choose to see it or not.