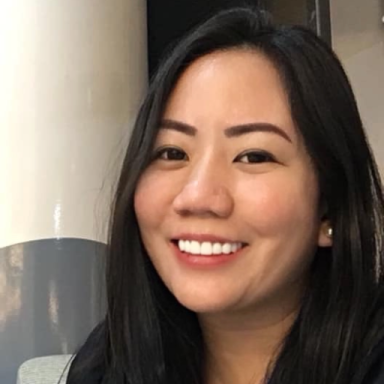 I don’t know how to explain what it’s like. The definitions you hear of, the descriptions you read about… It’s not enough. It’s nowhere near enough. So what’s it like?

You aren’t in control. But you’re fighting for it. You are fighting a long, exhausting battle that no one will ever get to see but you.

You’re sick of thinking but you don’t know how to stop.

You want to reach into your chest and just pull your goddamn heart out, or what’s left of it. Surely there’s something left of it, because it keeps beating like you’re running a race you didn’t even know you were in. Can they hear it? They’ve got to. It’s so loud, it’s too loud.

You don’t know how to talk about this. When they catch you having an off day, your voice rises. You’re not shouting. YOU SWEAR IT. You just want to be heard. But lately it doesn’t seem to be worth it anymore. Because when you get emotional, you start shaking. Not just your voice. But your whole entire body and you don’t even know what goddamn business your hands and shoulders have shaking, when they haven’t even solved the problem of whatever seems to be running lose under your skin.

So you shut up. And have the arguments in your head. And even then, you lose. And the more you retreat into yourself, the more frustrated you get.

Some days, you feel too much. Some days, you feel nothing at all. But most days, you cry. And scream. And scratch. You’re hysterical, for no reason, or for reasons you can’t seem to predict. Or understand. All in your head. All at once. And that’s scary.

But it’s nowhere near as frightening as the days when you feel nothing at all. When you just don’t give a rat’s ass about anything. When you’re staring off into space and thinking about everything and nothing at the same time. How can you feel so much one day and turn to stone the next? But at least then you don’t shake. At least you don’t cry. Is that good or bad? Don’t answer that.

You’ve tried to talk about it, but you sounded like a whiny kid even to your own ears. So you stop at the surface. And. So you stopped trying.

Don’t they see it, though? Your skin is CRAWLING. Your nails are BLEEDING. You’re scratching, and YOU JUST WANT TO GET THIS OFF. Your eyes are tired. Your bones are tired. You don’t know what’s under your skin, but you just want to cut it out of you. Can they see it? Of course not. It’s all in your head, at least the scratching and the bleeding. But the creepy crawlies that seem to live just under your epidermis? The discomfort is (almost) physical.

And that you cannot get up? That you’re failing at everything? That’s all on you. That’s all because you have so many excuses. SO MANY GODDAMN EXCUSES. Don’t feel. Just do. Your anxiety is all in your head. You just didn’t try hard enough. But you are trying, don’t they get that?! You’re TRYING. Not enough, obviously. And you will always be the one to blame.

So in the darkness, you cry. And eventually sleep finds you, even when rest does not. You’re so tired. You keep sleeping but you’re always still so tired. You keep dreaming of things that make you anxious when you wake up, but you never remember what they are.

And so you cry. And sleep. And wake up. And take a shower, brush your teeth. Draw on your eyebrows, and your lips. And there. Don’t you look decent? Like something that’s still very much alive, even though there are days when you feel dead inside. But there’s so much to live for. Right? Like a normal human being. So you smile, and you laugh, like you swallowed a bottle of sunshine. And when you break down, you keep it all on the inside. And that takes everything you have, if only they knew.

You skin is still crawling.

Why is your whole body shaking?

Why are your thoughts still trying to outrun each other?

Do you get it now?

Have I said enough, even though none of it still seems to make any sense?

Do you hear me?

Of course not. This is all in my head.

And they will never know that there are thoughts living and breathing in my skin. Maybe one day I’ll tell them. When I find the right words. More than these. And when I’m more than this. Maybe the right words haven’t been invented yet.

But I hope they will understand. Because I still don’t.