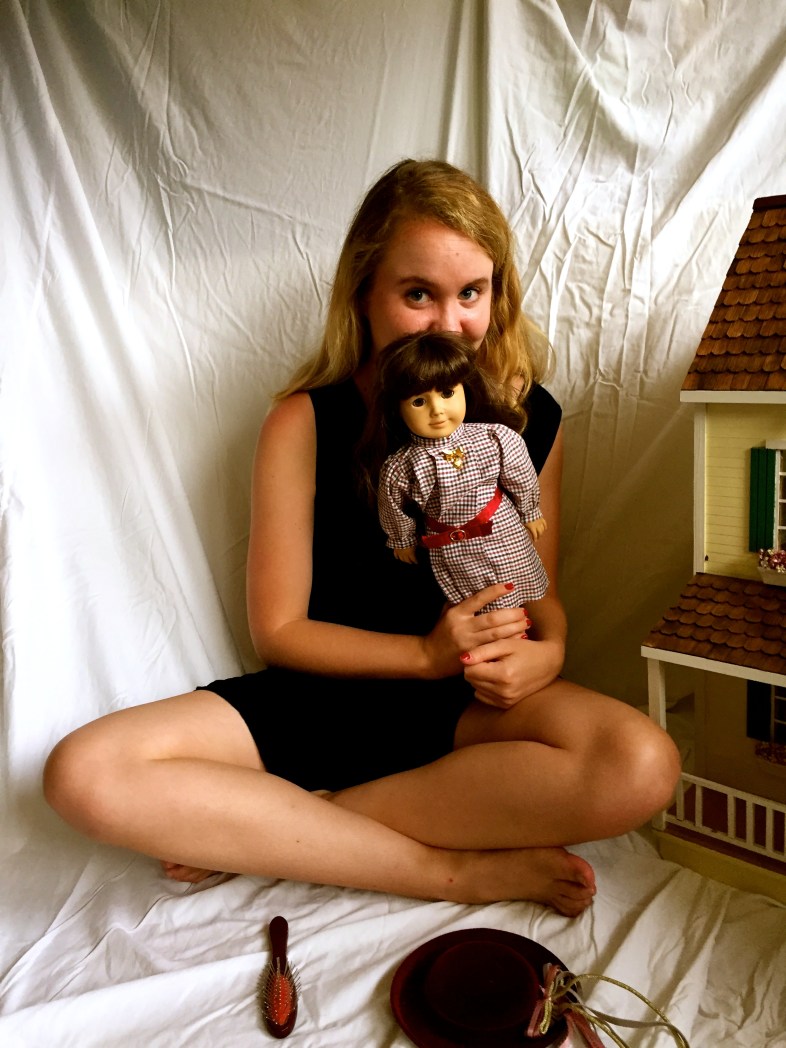 The Samantha doll was undoubtedly the prettiest, and you highkey made that clear to all your friends whenever you brought her over for playdates. You spent hours brushing her glossy bangs, straightening the perfection that was her plaid bow, and carefully perusing the American Girl Doll catalogue for other glamorous Victorian era items for good ol’ Sam (remember how her bed was legit nicer than yours?). Arguably, the only good quality you gained from having a Samantha doll was the inherited sixth sense to tell, when meeting someone, if they also had a Samantha doll growing up.

The girls who had Kit were always soooooooooooo nice. And you definitely owned at least one matching outfit with your doll. You were the only person to ever actually read the accompanying American Girl doll adventure books, and you were always secretly frustrated that you could never style Kit’s hair because it was so short. As a Kit girl, you love wearing wool cardigans, you own knee socks, and you get your news exclusively from print newspapers.

If you had Molly, you probably wanted Samantha. Molly was the least showy doll in the collection, but at least she could tap dance?? And as much as you wanted to fight it, you identified with Molly—whether it was because you were bad at math, read constantly, or wore glasses—and thus were typically the most well-rounded kid growing up; a quality that wouldn’t really be appreciated until you got older. As a Molly girl, you falsely deny wanting attention, bought a beret that one time but have never worn it in public, and since your American Girl days, have gotten contact lenses.

You got Kirsten because you were blond, but didn’t want Kit (it’s all about the hair length). Kirsten had an elaborate hairstyle that you were always so nervous someone was going to accidentally tangle or undo (you had just learned how to do a braid, there was no way you were going to recreate that loopy thing). You were the only person in your entire school who loved studying about the colonial era. You taught yourself how to knit, are genuinely amused by cat videos, and have never considered moving out of your hometown (and never will).

There are only two reasons why you would’ve owned Felicity: you had red hair or you wanted to be unique (nobody had Felicity). Your parents were always confused by the inclusion of garters in Felicity’s accessories, but you were just bummed that her curls flattened only a couple days after getting her (it was that wretched bonnet cap!). You’re that person who heard a song *before it became popular,* you’ve ridden horses competitively before, and “spunky” is one of the words you list on job applications when you’re answering what the best three words to describe you are.

It was always questionable why one of Addy’s accessories was a gourd (how were you supposed to play with that??), but you were just excited that she already came with pierced ears. Addy’s backstory touched on some serious diversity topics—unseen in the other American Girl books. That made you curious and alert to your surroundings as you grew up, shaping you to always keep your eyes peeled for inequality and injustice. Thus, today, you are an avid contributor to YouTube comment sections and have 435,000+ followers on Tumblr.

Not many people had Kaya growing up because she was released in 2002, but her hair was **on point** so you were happy to stand out with her (seriously, it was all about the hair). Even though your parents tried to tell you that her clothes weren’t really made out of deer and porcupine, you continued telling your friends that anyway. (“Oooooh, Samantha’s clothes are made out of cotton? LOL, peasant.”) You always secretly wished your name had been ~Speaking Rain~ like Kaya’s sister. You were 100% that girl who was obsessed with horses throughout your preteen years, and you’ve tried every single juice cleanse that exists.

Josefina was so cool because she came with earrings and a flower in her hair. Everything about her was so laid back and casual, and she even had a rebozo and fan (American Girl excelled at going over-the-top with the accessories). HER PET WAS A GOAT NAMED SOMBRITA. As a Josefina girl, you give off that coveted ~*~chill vibe~*~ when you walk into a room, you don’t wear makeup, and you’re probably going to end up marrying some Australian surfer.

It’s still a sore subject for you.

I Hate You, Don’t Leave Me

I Hope You Learn What It Means To Let Go