Mom jokes are the perfect way to brighten the mood of any mother. Use these jokes as a way to connect with other moms or to laugh at your own motherhood struggles. Or, use these hilarious one-liners and puns as a funny way to say ‘Happy Mother’s Day’ to the beautiful moms in your life. Don’t tell a father this, but these funny mom jokes are even more hilarious than the classic dad jokes. Browse the list below to have a good laugh and discover some funny jokes to share around the dinner table. 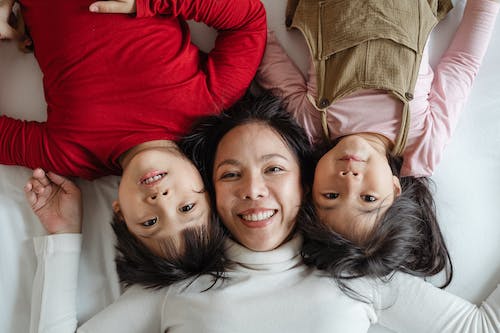 Daughter: “Mom, what’s it like to have the best daughter in the world?”

Mother: “You came out of my personal space, so save it.”

He was sad because his mother had been a wafer so long!

What are the three quickest ways to spread a rumor?

The internet, the telephone, and informing your mom.

What do you call a small mother?

What did the mother tomato say to her baby tomato?

Life as a Kernel

What did the baby corn say to the mama corn?

Why did the baby strawberry start to cry?

His mom was in a jam.

What did the mom say to her foal?

What did mom spider say to her baby spider?

“You spend too much time on the web.”

Why was it so difficult for the pirate to call his mother?

She had left the phone off the hook.

How do you get calves to be quiet so their mommy can sleep?

Why did the baby beans give their mom a sweater?

She was feeling a bit chili.

We’ll All Float On Okay

What kind of boat is barely able to function but still manages to stay afloat?

A toddler that’s been asked, “What’s in your mouth?”

Stop and Smell the Flowers

Which flowers are the best to give on Mother’s Day?

Sharp as a Tack

Why are computers so smart?

They listen to their motherboard.

Head in the Clouds 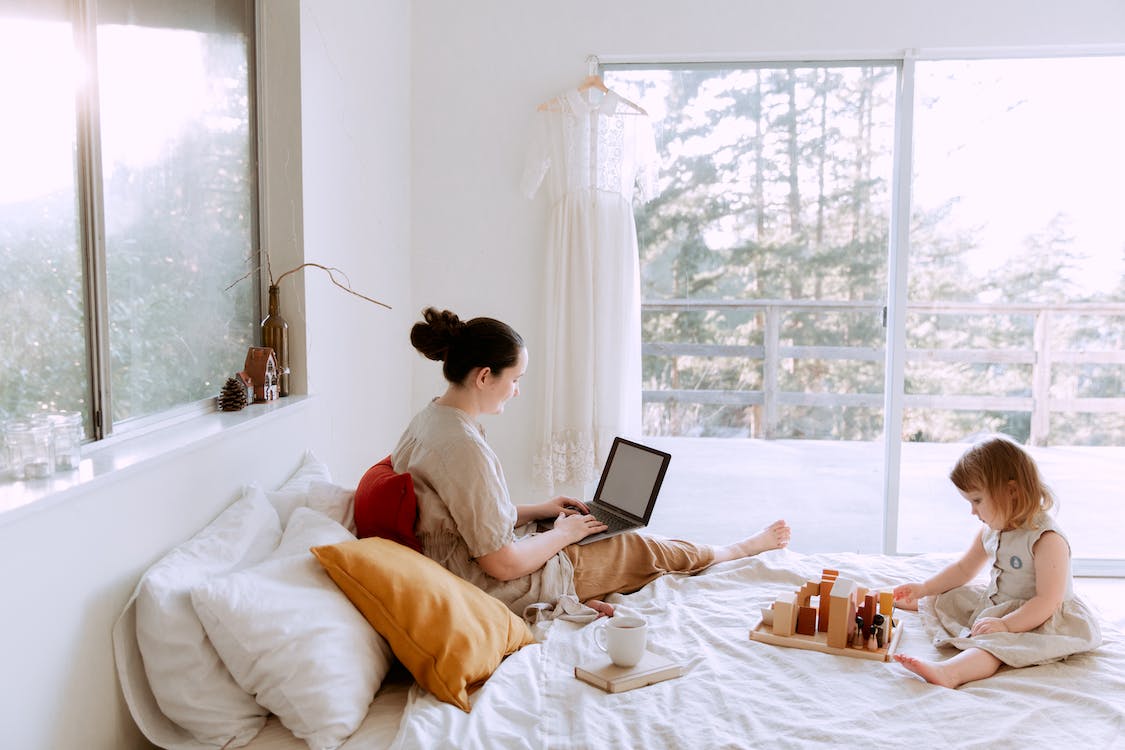 “It just occurred to me that the majority of my diet is made up of the foods that my kid didn’t finish.” —Carrie Underwood

“How do I explain [my mom]? She is as respected as Mother Teresa, as powerful as Stalin, and as beautiful as Margaret Thatcher.” —Leslie Knope, Parks & Recreation

“When your mother asks, ‘Do you want a piece of advice?’ it is a mere formality. It doesn’t matter if you answer yes or no. You’re going to get it, anyway.” —Erma Bombeck

“Did you know, when kids go to bed, you can hear yourself think again? I sound fabulous.” —Paige Kellerman

“It’d be cool if my kids could make something I actually want, like a bottle of wine, out of macaroni and glue.” —Stephanie McMaster

“Waking your kids up for school the first day after a break is almost as much fun as birthing them was.” —Jenny McCarthy

“Ah, babies. They’re more than just adorable little creatures on whom you can blame your farts.” —Tina Fey

“Sleep at this point is just a concept, something I’m looking forward to investigating in the future.” —Amy Poehler

“I always say if you aren’t yelling at your kids, you’re not spending enough time with them.” —Reese Witherspoon

“No one told me I would be coming home in diapers, too.” —Chrissy Teigen

“I let my kids follow their dreams, unless I already paid the registration fee on their last dream, then they follow that for six to eight more weeks.” —Petite Bello

“Twelve years later the memories of those nights, of that sleep deprivation, still make me rock back and forth a little bit. You want to torture someone? Hand them an adorable baby they love who doesn’t sleep.” —Shonda Rhimes

“The most remarkable thing about my mother is that for 30 years she served the family nothing but leftovers. The original meal has never been found.” —Calvin Trillin

“I want my children to have all the things I couldn’t afford. Then I want to move in with them.” —Phyllis Diller

“Every day when you’re raising kids, you feel like you could cry or crack up and just scream ‘This is ridiculous!’ because there’s so much nonsense, whether it’s what they’re saying to you or the fact that there’s avocado or poop on every surface.” —Kristen Bell

“Children are like crazy, drunken small people in your house.” —Julie Bowen

“You know how once you have kids you never ever pee by yourself again? At least one of them is always in there with you at all times.” —Jennifer Garner

“Usually the triumph of my day is, you know, everybody making it to the potty.” —Julia Roberts

“I’ve conquered a lot of things… blood clots in my lungs — twice, knee and foot surgeries, winning Grand Slams being down match point, to name just a few, but I found out by far the hardest is figuring out a stroller!” —Serena Williams