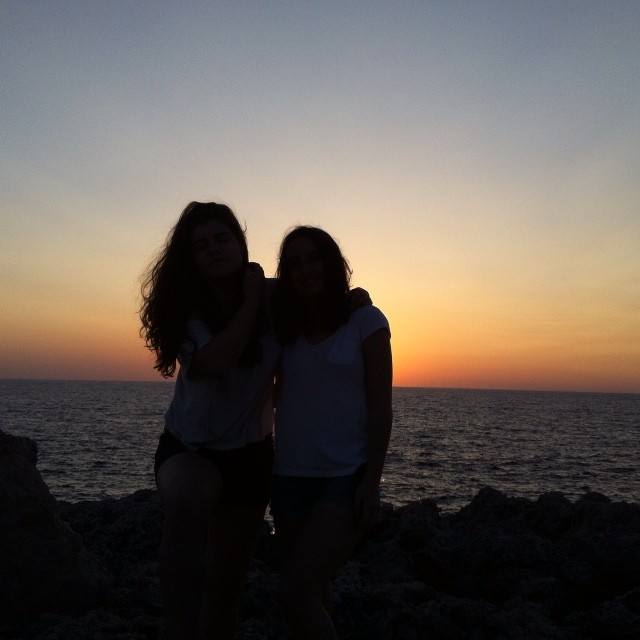 We’ve all been there. You’re sitting on your couch catching up on Unbreakable Kimmy Schmidt, or you’re stuck working late, or you’re heading to the gym when you get the text: “So-and-so broke up with me.” There’s no explanation, no invitation, just fact. You drop everything and go to her. Your best friend. And when you see her, your own grieving process begins. The grief of watching your partner-in-crime break, and being completely powerless to fix it.

Even if you could sense that a break up was approaching, the finality of the situation when you see your best friend trying to wipe away her mascara streaks leaves you frozen. You envelop her in the warmest hug you can muster, and tell her that everything will be okay, even though you know that a giant “eventually” should be tacked onto the end of that statement. You’ll start with the clichés. Wine, chocolate, ice cream, a funny (but not romantic) movie. You’ll let her talk if she wants, or sit in silence if that’s what she prefers. You’ll leave when she asks.

When you get back to your place the anger will swell. Anger at him for being good enough for your friend to fall, and fall hard, for him. Anger at him for breaking her heart. But mostly, anger at the universe, because your best friend is hurting, and you can’t simply apply ice, a band-aid, or a few stitches to make her feel better. You’ll want to drive past his place (you might even do it), and you’ll want to scream and yell at him. Vent your anger at the only person that deserves it. You’ll research the cost of taking Krav Maga classes, so if you ever run into him at the store, you can hurt him like he hurt your best friend.

Your anger fizzles into frustration, because no matter how many punches you could throw his way, your friend still won’t be whole. Eventually your frustration will manifest itself in that single song your friend has chosen as the ode to her break up. You’ll try and cheer her up, take her out to bars, to the movies, anything to get her mind off of him. You’ll perfect your funny work stories to a point that you could probably give the stand-up comedy circuit a try. And she’ll probably laugh, tell you she’s fine, that she’s over him. But you know her too well. You know her fake laugh, and can see the sadness crossing her face when she thinks no one is looking at her. She might not even realize she’s doing it, but you do.

Occasionally, the anger will resurface, and you’ll do what you’re always lecturing her not to do: you’ll stalk his social media. You’ll dust for any signs of happiness in his life to fuel your own anger. You won’t ever mention your findings to your friend; you’ll refuse to mention his name when you’re around her, but he’ll be there. A specter hanging over her, taunting your helplessness.

You’ll direct your friend to every powerful female figure in existence, send her links to Beyoncé and Taylor Swift, basically any song or book that drills the idea that she doesn’t need a man to make her happy. Her existence is enough. Sometimes she’ll play along, screaming Katy Perry at the top of her lungs, and sometimes she’ll just smile and agree that the song is good and exactly what she needed to hear.

And eventually, you’ll believe her. You’ll see the stitches heal and the bruises fade. She’ll want to go out; she’ll find another man attractive. You won’t know what it was that finally helped her. But the fact of the matter is it’s not what you tried, but that you tried. That you were always there. And you always will be there for every loss, relapse, new relationship, and new break up. Because she’s your best friend.

Read this: 5 Differences Between The Guy You Date And The Guy You Marry
Read this: 25 Wonderful Quotes To Mend A Broken Heart
Read this: 40 ‘Mean Girls’ Quotes That Make Everyday Life Worth Living
Best Friends Love & Sex Writing & Expression