I don’t want to write this because I think I’ll be hated for saying something that doesn’t really line up with what other people think. I think a lot of things other people don’t and I’m overall just constantly worried I will be rejected. I think every day is the day people will stop liking me. They say you can’t really impress everyone and that, for every admirer, there’s a hater waiting to counteract those words of admiration. I believe that. I’ve seen it. I think there’s no possible way to be loved by everyone and it’s pretty futile to even try. Big risks and vulnerable words almost always get met with some sort of resistance. People don’t like to see humanity in the ones they admire. Not that I’m someone to admire, but I mean, someone they look up to, I guess. Not that I’m someone to look up t—here I go, defeating myself again…

The thing people don’t tell you when they spew off cliched adages about being liked or disliked by people is that this is a concept far easier to theorize about than it is to live out. I’m a sensitive person. I am human to a fault. My ego does not precede my desire to be loved. I am not narcissistic enough to let the words of another person’s disappointment in me roll off my skin. Those words stick to me. They haunt me. They follow me around while I’m shopping at Target with my husband. They hang in the air and they taunt me and I can’t let anything go. Am I too hard on myself? Sure. Do I need to brush things off? Probably.

But I’m not there yet and why do I have to present the tidied up version of myself? Why is it so impossible to believe that people have their vulnerabilities? I don’t like to be disliked. I truly cannot stand when I know someone holds ill-will towards me. I kind of fucked up a couple friendships over the past however many years of being an adult and those fucked up friendships still haunt me. I still think about them. I think about Jessica who was kind of a terrible friend, but I started to like her ex-boyfriend and she felt betrayed by that. Nothing happened between him and I, but word got out and that was the end of our fourteen year friendship. Maybe I shouldn’t talk about that here, but fuck it, what have I got to lose by not tying up the loose ends in my writing? I kind of miss Jessica. I’ll go on her Twitter or Facebook or Instagram on vulnerable nights and I’ll wreck myself over jealousy and I’ll hate myself for allowing her to think ill of me. I’ll almost want to send her a white-flag-of-surrender email, but then I know I’ll regret that. But, I hate when people think ill of me. It’s like I’d rather sacrifice how I feel instead of let people think poorly of me. God, that’s a really fucking annoying thing to have just typed.

There’s a couple other friendships I just let fall apart. I fucked it up or maybe they did, I don’t know. I always take the blame. I’m really quick to put the responsibility back on myself. It’s funny when people comment on my posts being like, “you’re acting like a victim of society, take responsibility.” It’s funny because me not taking responsibility is funny. I take responsibility over shit I don’t even need to. I try to take everyone’s responsibility and pain away. I’ll take it so they don’t have to deal. I’m not really someone to place blame. It’s kind of funny because, when I do point out the ways in which society and modern culture has totally fucked us as people, it’s mostly because I need to bring some awareness to our world, to myself. It’s kind of like the biggest thing for me to admit that maybe it’s not all my fault. Maybe I was born into something broken and I have to piece it back together. Part of understanding why it’s broken is how I piece it back.

I don’t know, it sucks when people get the wrong view of you based on a blip of something you wrote at one time. It’s hard to watch your words get twisted into something you didn’t mean. It’s hard to see your words of compassion get twisted into someone else’s disappointment. It’s hard to disappoint others simply by showing up as yourself. It’s just hard. I know it’s necessary and I know I can’t impress everyone and not everyone is going to like me and I’m not everyone’s cup of tea—I’ve heard all this before—but the knowing of all of that just does not do well at subsiding the feeling of it happening. You can tell someone that if they put their hand to the hot kettle that shit’s going to burn, but nobody is going to understand the pain of it until their hand starts blistering. The hand has got to burn. I don’t care what anyone says. It’s got to burn.

Putting your work out to the masses is not an easy task. Sure, it may look that way from an outsider’s perspective. Writing and publishing is not laborious in the way that actual hard labor is. I’m not an idiot. And I’m not trying to say art is like this torture. That’s just pretentious. Enough of that. But it is its own brand of frustration. People say they want vulnerability and they want to hear the truth, but what they don’t realize is that the people who put their vulnerabilities and truth out onto the page or on a canvas or over a track are like bleeding their heart into a thing that lives on without their full explanation. We don’t get to defend our work. We don’t decide how it will be perceived. We just have to put it out there and watch our deepest fears and heartache and pain get judged, disliked, disappointed in, criticized and maybe revered, admired, loved, too.

The point is that a lot of this is much easier said than done. Being disliked is easier to talk about than the act of standing by while being actively disliked by someone. Pursuing vulnerability and bleeding that out onto a page sounds far sexier than actually doing it and sitting idly by while it gets twisted and torn and misinterpreted. But, that’s how it goes and I suspect that’s part of the fun of it, the thrill of it. And, it makes me better, in all honesty. It makes me think more critically about myself and it builds up a fortitude I never thought I needed. So, perhaps it all works out in the end. Perhaps it’s all happening in exactly the way it’s meant to. Who knows. That sounds right. I’m going with that.

Like this article? Check out Jamie Varon’s book here. 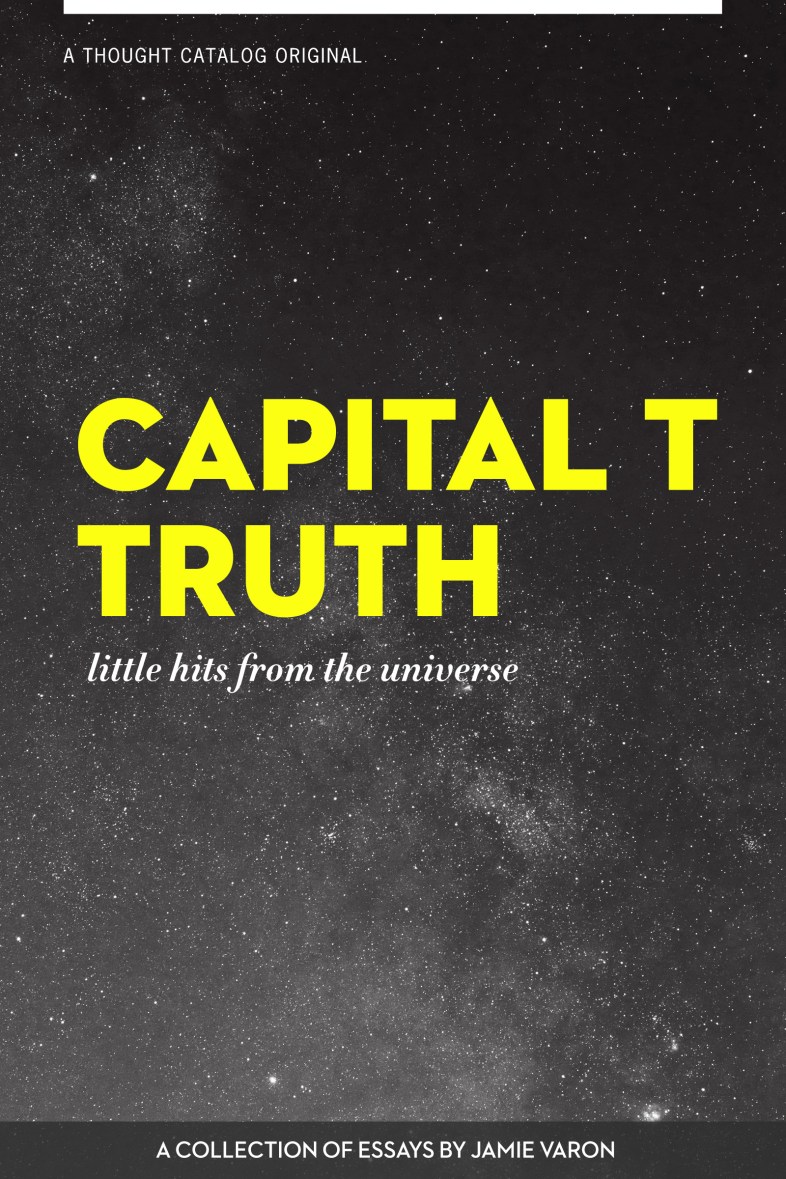 Read this: 23 Things Only People Who Love Spending Time Alone Will Understand
Read this: This Is How We Date Now
Read this: What He Said Right Before We Hooked Up