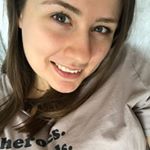 Give them time to cool off first. If you attempt to reason with them in the midst of their anger, it will only make things worse. Give them space, let them cool down, then go and talk to them.

Stop making everything an argument because they won’t stop until they get the last word. Just let it go. Even if you know you’re right, just let it roll off your back, apologize, and move on.

God help you if you’ve somehow managed to anger a Gemini. Apologize (repeatedly in 6 languages) and do something nice for them. It’s going to take some work to undo their anger.

Don’t be condescending to them. Hear them out, let them speak, and try to make amends by being nice to them. You will have to be the one to diffuse their anger.

Just be sincere when you apologize. Generally, Virgos are pretty understanding.

Make a sincere apology, but be sure to learn from your mistakes, and don’t ever, ever make the same mistake again. They don’t forget, and they will not be burned a second time.

Buy them something they like as a peace offering, and always be sincere. They can see right through you.

Definitely give them some time to blow off some steam before hand. After that, you should be able to sit down and reasonably talk things out.

They won’t be mad for long, honestly. Just apologize, mean it, and if they’re still upset, give them time alone.

If you somehow manage to get a Pisces mad at you, just apologize, give them a hug, and be gentle with their little hearts.

someone who speaks her struggles through words.

All The Signs Anger