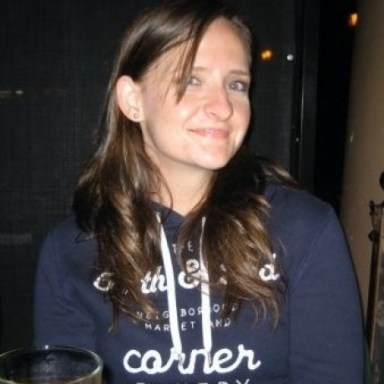 1. He will go out of his way not to screw up your relationship.

When a guy is falling for you, the risk of losing you becomes more important than whatever else he has going on. He might drop contact with all other women, including his female friends, trying not to give you the wrong idea. This does not indicate that he’s become a shut-in, it’s a sign he is starting to fall for you. He will be deeply concerned about how you perceive him. He won’t fall of the face of the planet or let you wonder if he’s EVER going to call again. He will be highly invested in not “screwing up.”

2. He contacts you first.

Guys fall in love in our absence. If he’s thinking about you, he’ll naturally be drawn to contacting you. On the reverse token, if he’s gone dark or you feel like you are always the one texting first, watch out.

3. He involves his friends.

Ever heard a guy gush about a new woman he’s seeing? If he’s into you, he’ll want his friends to meet you and they’ll know he’s seeing someone. In fact, they might already be sick of hearing about you. This is a good sign.

If he can’t shut up about you, that is a big sign he’s head over heels.

4. He wants you to meet his family.

In the long term, how you blend into his family is often an important consideration for a family-minded man. If he sees you sticking around long term, he’ll want you to meet them and vice versa. If he considers your relationship casual, he won’t get you anywhere near his family.

5. He willingly spends most of his free time with you.

Not only will he spend the time but it will be his idea. You won’t have to come up with ways to see him more, he’ll just naturally gravitate toward you. He will also try and monopolize Friday and Saturday, i.e. date night.

Have a problem? He’s trying to solve it. A guy who is falling for you will invest his time and energy into your happiness.

7. He values your input.

Guys don’t run their problems past people who they don’t respect and trust to help them solve the issue. If he carefully considers your input, this is a good sign he is in love with you.

Men in love have a way that they look at you. Sometimes it’s hard to see it yourself, but when your friends meet him, they will either see it or they won’t. Guys will maintain eye contact longer, and look keep looking at you when you aren’t necessarily speaking to them. Think: lingering glances.

This one is tricky since he might also be respectful. However, you won’t get that feeling that he’s dating other women at the same time as you. He will try and move the relationship to exclusivity as well, because it’s normal for guys who love you to want to take you off the market and ensure that their competition doesn’t do it first.

A guy who is smitten won’t have a problem talking about future plans that include you. Concert next month? Yes. His sister’s wedding next summer? You’re his date. If he’s just not that into you, it will be hard to get him to plan for anything past next Tuesday.

The guy who will move mountains to make you smile is a guy who has fallen for you hard.

True story: one time a guy who I had only been on 3 dates with drove a two hour round trip for the sole purpose of bringing me coconut water. He couldn’t stay more than 15 minutes since he had to work, but he visited two different stores to find the specific kind I liked and showed up at my doorstep anyway.

12. Final Sign He Loves You: He actually says the L word.

At the risk of putting this “yes, DUH” sign he loves you on this list, keep in mind that words are just that, words. Actions are what really counts when a guy is falling for you. The majority of men don’t say the “L” word lightly. However, there are a few who are pretty liberal with it.

You might be with a very quiet guy who shies away from flowery language but who deep down, can’t resist you. On the other side of the coin, you might be dating a casanova who won’t shut up about how great you are when he actually shows up.

CAUTION: These signs he loves you cannot be forced! You can’t go in there thinking “well you’re not doing X so that means you don’t love me.” Avoid! Don’t fall into this emotional trap! If things are going really well with someone, cultivate a carefree attitude of enjoyment rather than serious over analysis.