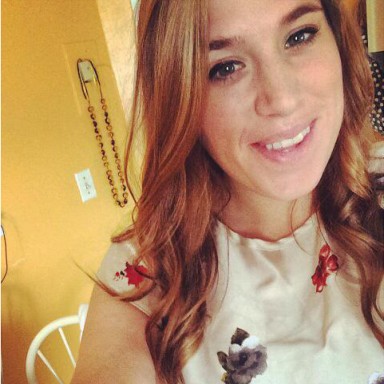 I’ve watched Grey’s Anatomy religiously for years and I’ve always loved it. I loved the story lines, the characters, the interactions, the drama — everything about it. I’ve watched the series through twice, but only recently have I realized the hidden gem of this show.

Not once throughout nine seasons has it been mentioned that two of the main characters, Callie Torres and Miranda Bailey, are plus-sized women.

Comedies are more likely to make outright jokes about weight and turn the bigger characters into a joke, where shows that fall into the drama genre, like Grey’s, wouldn’t. But that doesn’t mean that there isn’t room for discrimination in primetime dramas. Shonda Rhimes could have easily cut their character development, screen time and story lines, but she didn’t. Bigger characters are often seen and not heard, but not in this case; she gave them as much as she gave any other character, because being bigger doesn’t make anyone less of a person.

Bigger girls live their entire lives thinking they aren’t worth as much as thinner girls, and a large reason why they think this is due to the subtle negativity that radiates out of pop culture and primetime television characters.

But this is not true for Rhimes’ carefully crafted characters. Callie and Bailey are strong, talented, and intelligent individuals who don’t take anyone’s bullshit. These characters rarely show weakness, and when they do, it never once has had anything to do with low self-esteem or negative body image — in fact, Callie prides herself at being able to dance in her underwear whenever she wants. Callie has never stared at herself in the mirror and cried — not on camera, anyway — because she wasn’t as thin as Meredith or Izzy. Bailey has never dieted and tried to lose weight  — if she has in her past, it wasn’t ever a plot point like so many other shows— nor has she ever deemed herself undatable because of her weight.

These characters are women to look up to. I’ve never felt like I wasn’t good enough while watching Grey’s they way I often do with other sitcoms and primetime dramas. They get everything the thinner characters get; they are not made the punch line of some sort of cruel joke that stagnates the body acceptance our society is actively moving towards. These women are successful, just the way bigger women in real life are, not only in their careers, but in their love lives as well.

When these characters fall in love, they fall hard — their story lines aren’t glossed over. They aren’t paired off with unattractive characters in an attempt to appease the audience. Their love trysts are followed intensely, rather than just mentioned briefly in passing, because both Callie and Bailey are just as important to the series as the title character herself is.

Bailey enters the show happily married, and a few seasons and a child later, divorces her husband — not because he cheated on her because he no longer loved her, but because he couldn’t grasp her devotion to her job — to her career, where she rose steadily to the top with her hard work and dedication. She then finds herself being fought over — Ben, the gorgeous anesthesiologist, and Eli, the hot male nurse, compete for her attention and affection. It does not end here, either — after she finally chooses Ben, the pair then goes through many different obstacles that threaten to tear them apart, but Ben pushes through and tries to salvage their relationship because he loves Bailey. He pushes and pushes and tries to keep her because she is worth it — she’s worth it just the way any of the other thinner characters are worth it.

Callie is introduced to the audience as the crazy-confident girl who’s not scared to dance in her underwear, pee with the door open, and live in the basement of the hospital. I’ve never seen a TV character more comfortable in her own skin than Callie. Callie fell in love and married George. Even though he cheated on her, she never once blamed her body for losing him. She rebounds quite nicely with Mark Sloan, arguably one of the top contenders for hottest male character on the show, and proceeds to sleep with him, becoming the object of envy of every female doctor and nurse in the hospital. In the end, Callie ends up with Arizona, a gorgeous and successful doctor, who she marries and raises a kid with.

What’s even better about all this is that these characters never once question why they get this attention. Bailey never says “I don’t get it; why are they fighting over me? I’m not worth this.” Callie never questions why Mark wants to constantly sleep with her — instead, she shrugs and says (more or less) with typical Callie-confidence “It’s ‘cause I’m hot; I know.” They never let their weight deter them in any way, and never use it as an excuse not to love themselves.

These characters are role models; they exude confidence, and hopefully teach viewers that there is no reason not to love yourself. Sexiness, confidence, and success come in all shapes and sizes, something this show subtly hints at. These characters are seen as objects of desire, sexy women who know what they want and how to get it, but they’re also seen as powerful, badass career women.

Every time someone calls Bailey a badass, women who feel misrepresented by the media get a confidence boost. Every time a character mentions how hot Callie is, girls everywhere smile. Most importantly, every time Callie and Miranda show off their confidence and don’t-fuck-with-me attitudes while acknowledging their sex-appeal, girls and women of all shapes and sizes realize that beauty can come in any shape or size.

These women go on to live relatively normal lives — they mess around, they get married, they have kids, they have highly successful careers, and they do it all without anyone once shouting “Hey you! Stop that, you can’t have all that AND be fat at the same time!” Their lives aren’t perfect, not by a long shot, but it has nothing to do with their weight, and it’s nice to see a show give all characters equal playing fields for once.