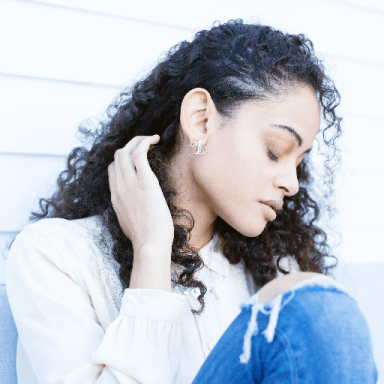 And when the final grain of sand escapes into the hourglass of a relationship, we almost demand closure. Ignorant and entitled, we believe closure is our birthright. But what happens when closure is not ours to demand?

If I had to describe the person I once was, I would use the metaphor of a broken glass. Where there are glass shards, there are, inevitably, people wounded and bleeding. Those who got too close to me were left with nothing but pain-soaked memories and open wounds. This is not to say that I have never had my heart broken; that I have never all but shouted into the cosmos, begging for resolution. But what about the moments of finality where it is you that has caused someone else’s heart to shatter?

We consider, as ones who have had to mosaic fragments of our hearts back together, that we know best; we think that because we craved a sense of catharsis, that the person on the other end of our broken glass, would.

Sometimes closure is selfish. We apologize because we want to free ourselves of the chains of guilt. And when the heart you broke has found a way to etch itself together again: don’t send that message. Don’t dial that number and let them walk past you in the street. Because sometimes opening old wounds causes them to fester after someone else had already cleaned them.

There is no way of knowing what is best for someone else, but we cannot simply do what is best for ourselves. Closure is not the only way to say goodbye. Sometimes the best goodbye goes unspoken. The goodbye we say in our hearts.

When saying goodbye to the hearts we have broken, it is no longer about the finality we yearned for. We have to sever the chord on our own and hope that it was enough.

And when I was a broken glass, someone came along and tried to piece me back together. I left them wounded; wounds that may never heal. Something screamed in my heart for me to say something.

There are no words that could magically erase the pain that I had caused. So why did the urge to speak keep persisting? It was not my heart- it was my guilt. It was my ego nagging at me, trying to convince me to apologize so that I could feel like a good person again. As if one apology could eradicate all that trauma.

That is the problem with heartbreak. Forgiveness is deserved, but not at the cost of someone else’s progress. If I were to appear out of thin air and apologize…there is a life I would be interrupting. Happiness I would halt with my materialization. My ego is not worth the happiness of another, especially one whose happiness I had already stolen once before.

So where do we find forgiveness when we can’t beg the heart we broke for it? Within ourselves. We accept what was done and move on. Because sometimes moving on without a word is the best solution.

Sometimes the final unspoken words are the most selfless acts of love we could have ever done for them.

A Constellation of Imperfections✨

The Truth Is, Not All Relationships End With Closure

Sometimes You Have To Create Your Own Closure

How I Stopped Letting My Past Secrets Define Me

Stop Seeking Closure, Seek This Instead

In Modern Dating, Heartache Is The New Normal