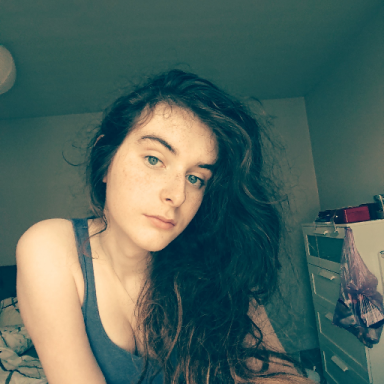 I would describe myself as a sentimental person. I’m scared to throw things away for fear of losing any memory, no matter how slight, that has been attached to them. My six different Spotify playlists, despite supposedly being for different moods and occasions, have all been described as “way too melancholic.” I love getting Snapchat or Facebook notifications about memories that happened years ago. I tried to keep a “line a day” diary for my uni days, and had I not been ill and horrendously busy, it would probably be my most prized possession. I live in a state of longing for the past, and I don’t think that’s hugely uncommon; everyone remembers their teenage years, “when music was actually good,” the good old days.

At first glance, this probably reads as though I’m writing about being born in the wrong generation, and how deep down I’m a ‘70s girl through and through – I promise that’s not the case. ‘70s music is okay at best, the fashion is interesting, and the values are not something I can get behind as an early-20s working class lesbian. No, this is different, I promise.

When I was growing up, I always felt on the periphery of friendship groups. Never quite settled in, never the center of attention. I was the shy one, the nice one. I’d get invited to parties and days out, but only sometimes, and people wouldn’t really miss me if I wasn’t there. I spent most of my childhood playing video games and watching cartoons because they were solitary activities. My mom would be the one to get the long-winded stories about what I was doing on my Pokémon save file, not my friends. She didn’t begrudge me that (I hope).

The friends that I did have were either very surface level or our friendship would fall apart after a couple months for whatever reason. Generally owing to the fact that I’d never had particularly close friends outside of a very toxic boy who lived on my street, I overshared, was clingy, and wasn’t sensitive to other people. This was quite rightfully my platonic demise, and looking back, I know that 14-year-old me was a garbage human being.

But she was also a very lonely teenager who would watch different YouTubers living their best lives in flats with their friends. Going to town on shopping trips, going to theme parks, having board game nights. Having fun. Making the most of things while I let my life pass by, living vicariously through these characters because my life was so empty itself.

As I got older, my confidence grew, and I found my circle of friends. I have a lovely group of people at home who I trust and love very deeply. Coming to university allowed me to find people with very similar interests, and a group came to form of which I was a somewhat important member. I felt like I mattered to people. Like I could invite them to things and they would accept, and like I was being included in their lives. Nights playing shitty jazz piano under fairy lights quickly became my most romanticized image of my uni experience, and I cherish those memories so deeply that they almost fooled me into thinking my four-year study period was worth it.

But jazz piano and fairy lights happened four times at most.

My time at university was largely plagued with trauma, arguments, loneliness, and suicidality. Despite how wonderful they were, I still felt on the periphery of my university friendship group. It isn’t their fault, but I was isolated. Most days I settled into my own company. I felt like a burden to those around me, like I didn’t deserve them. This is my university experience. Only marginally better than high school.

Every year, when Christmas rolls around, I catch a glimpse of fairy lights in the 4 p.m. twilight and feel instantly melancholic for times gone by, when I would walk these same streets with friends, drinking hot chocolate or mulled wine, shopping for gifts, spending a few happy hours together before we’d head home for the holidays. But I’ve never lived this experience. I’ve been to many Christmas markets in my life, but the only time I’ve been to one with a friend was this year. I long for days of the past when my friends and I would go for walks in parks, looking at wildlife, wrapped up warm and not in a rush to get back to studying—just walking for the sake of walking. But this has never happened. My first Halloween not spent alone in my room was also this year.

Don’t get me wrong—I’ve had plenty of happy times with my friends, and I hold them very dear to me. But my nostalgia isn’t for these times. It isn’t for the crowded bedrooms that were just bordering on uncomfortably full. It isn’t for the awkward joint calendars that just never aligned. It isn’t for the times when we’d sit and get drunk and play Mario Kart, distracted from the bad parts of our lives because they don’t matter when Luigi’s death stare is taunting you as he drives past. I don’t long for these experiences—when I think back to the times I spent with my friends in Costa during our lunch hour, I don’t yearn to relive those days.

I get sentimental over everything these memories weren’t.

What I’m saying is I look back at my past with a deep sense of unfulfillment. I’m dissatisfied at how my life has gone, how mental illness and trauma took potential joys away from me, how nothing ever lived up to my romanticized view of what my 20s should have been like. It’s not that I regret these experiences, it’s more a sense of frustration that I missed opportunities, that I wasted my one chance at obtaining these treasured memories and I can now never return. My childhood, my adolescence, and my early adulthood all are broken, tainted, ruined. The positives don’t matter—all I can see are their imperfections.

So when something—a smell, a sound, a taste—induces nostalgia for me, it isn’t for my actual experiences, nor is it for a rose-tinted past that I lived differently to how I view it. It’s for past me’s romanticized version of the future. It’s for the version of my life in which I had the experiences I thought I would. Where everything went to plan, so to speak.

My past is in sepia now. I can’t change it. All I can do is look back, filled with this frustration that I ruined everything, unable to look at what went right. As such, there are two things I’m trying to do.

1. Don’t regret what didn’t happen, but be thankful for what did. My constant pining over crisp winter mornings and sunrises that I (very much not a morning person) never saw isn’t helping me get over my resentment for the life I’ve lived, but perhaps the summer sunsets, with their skies of a thousand shades of orange and pink that I did witness with my friends will. Sure, my friends and I may never have taken a weekend to Europe on a cheap flight to get away from studying, but I have traveled the world, and I have seen parts of this country that I never could have imagined because they were in my life. I need to appreciate memories for what they are, otherwise I will never be happy and I will always be wondering what could have been rather than what was. I will never have made the right decision.

2. Allow my longing of the past to influence my present. Maybe I didn’t grow up on board game nights. Maybe I never played video games online. Maybe I didn’t go to the cinema with other people or have anyone to give me fashion advice before I bought clothes or to talk me out of getting questionable piercings before I spent the money on them. But that doesn’t mean I will never have that. I’m 22, for fuck’s sake. Even without adjusting for the inflation of life expectancy, I’ve probably (read: hopefully) got at least another 28 years left. There’s time to make these memories happen. I’m finally at a point where I feel my friends aren’t going anywhere, and if that’s the case, we have years to live out 14-year-old me’s adulthood fantasies. Being frustrated at the past doesn’t need to be an unproductive emotion any more. I can turn it into a motivator; I can allow myself to make a more positive present.

I still struggle with allowing myself to be happy in the present. I still struggle to enjoy things because I’m constantly looking for flaws in the experiences I’m having, looking for things to regret before I’ve even made the memory to look back upon. I’m probably destined to always be the sentimental one, the one who’s nostalgic over events that haven’t transpired. The key isn’t to change how you feel, I don’t think—it’s to change how you look through the window into the past.

Rose-tinted glasses aren’t the only color of lens available anymore. The past is a fixed entity, but that’s not to say there’s no way to escape dwelling in it. Because someday, the present we’re living right now will become those same days we call “the good old days.” We may as well control what we’re nostalgic over in 50 years.

So what do you do when you’re nostalgic for a life you’ve never had?

Buy fairy lights and go to Christmas markets with your friends.

This has been a PSA.