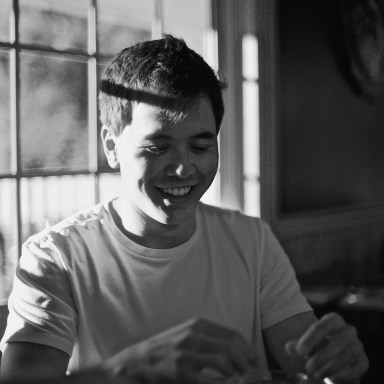 Often when I’m speaking to someone and they find out that I’m living and teaching in Madrid, Spain, they often say, “Wow that’s amazing. I wish I could do that.”

To which I always reply, “Well, why can’t you?”

For many people in their twenties, there is a tension between what they want to do and what they feel they should do.

Should we travel the world, or should we focus on our career?

Conventional thinking dictates that one must come at the expense of the other. You can travel. You can have a career. But you can’t have both – at least not at the same time.

The response I usually get is, “I wish I could, but it’s not that simple. I need to work for at least two years at x company.”

Or I get, “First I’ll work for a while and save money, then I’ll travel when I’m older.”

In theory this seems logical, but in practice it’s much more difficult. The farther along you are in your career, the harder it will be to break away. Why? Because once our salary increases, usually our expenses increase – rent, cars, and overall standard of living. So while we may be making more money, we will also be spending much more of it.

In other words, “I can’t travel because my career will suffer.”

This is the definition of black and white thinking.

See, the difficulty is that we’ve been conditioned to think of our careers in strictly linear terms. Our careers exist on a vertical spectrum and vertical mobility – climbing to the top as quickly as possible – is the highest priority.

Any deviation from this path, such as taking a year off to travel to gain perspective (which Google has actually begun to allow and even encourage), is seen as a significant detour on the road to career success.

Worse yet, we feel the immense pressure to choose our career path as soon as humanly possible, lest we waste precious time toiling away in obscurity.

This was the career culture we inherited and it still influences the way we think today – and it’s a problem.

It’s a problem because we have a generation of young people making very important decisions with a very limited amount of information. Not just limited information about their chosen career path, but limited information about themselves. We have a generation of young people that is so stressed and anxious about choosing the “right” career that they either chose a career path out of sheer pressure or worse – they choose nothing and stay in the same place.

I was having dinner with my girlfriend and my friend Claire the other night in Madrid. Claire is a fellow auxiliar de conversacion (an English teacher) in Madrid. She had been accepted into medical school in Alabama the year before and had decided to postpone her enrollment to teach English abroad in Spain for a year.

Like myself, Claire (and probably her parents too) saw this as an entirely lateral step on her career path. Surely Claire and I just needed to get the wanderlust out of our system while we were young so that we would return to the United States and prioritize what really matters.

But she was struggling with a change of heart. She still wanted to go to medical school, but she also wanted to stay in Madrid for another year. When she asked her medical university if they would still accept her if she stayed in Spain another year, they said yes.

So then what was the problem?

She was afraid to slow down. She was afraid that she wasn’t keeping pace with what her culture expected of her. As if life was somehow this big race, and slowing down and reflecting would be the equivalent of letting our competition blow past us on their way to the finish line.

We need to give ourselves and each other permission to slow down.

But what is the rush? Really, what is it?

We fear not being able to keep pace with our friends, pleasing our parents, but at what expense?

The message the education system indoctrinated into us as children was this: “Go take out thousands of dollars of loans to receive an education that will award you the highest paying job possible. Achieve this as fast as humanly possibly at all costs otherwise you will be a nobody.”

We didn’t hear: “Live deliberately. Go travel and explore the world and find yourself first. Go figure out what you want and why you want it. Don’t rush. Take time to discover the person, the friend, the partner, and the employee you want to be.”

The result is an entire generation of young people following a centuries-old blueprint for living and then feeling completely baffled and lost when they realize the map doesn’t fit their territory.

The less information we have, the more choosing the right career path is like playing darts with a blindfold. Maybe you’ll hit a bulls eye on your first try, but chances are you’ll need to throw a few before you even get yourself on the board.

There are a myriad of ways to travel and gain valuable life and work experience, but here’s a short list:

These are especially valuable for those of us who haven’t found our “passion” yet. We claim to be searching for it, when in reality we’re just passively hoping it will drop out of the sky in the form of a nicely packaged career path.

Traveling, working, or volunteering abroad gives you a chance to leave the abstract realm of an ideal career and to gain valuable insight into feedback into your most valuable asset and investment – yourself.

The more you know yourself, the more you’re likely to be better at what you do.

As for Claire, maybe she had already chosen the right career path before coming to Spain. The only difference: now she knows why she has chosen it. And it will likely make her a better physician because of it.

In my own case, I always viewed coming to Spain as a lateral step in my career; and a risky one a that. Once Spain was over, I would return to the United States and focus.

As fate would have it, since I’ve been in Madrid, I’ve had some amazing career opportunities come my way.

The most amazing part for me is realizing that these are all opportunities that I never would have had access to in the United States. Living abroad has opened my eyes to so many different creative career paths I never even knew existed. And I didn’t need to spend $70,000 on an education to gain access to them.

Are there people who know what they want to do career wise from a young age, follow that one path, and end up living happily and fulfilled? Of course. My Dad (an electrician) and my girlfriend (an aerospace engineer) are perfect examples of that.

But for the rest of us, a different approach is necessary. An approach that allows the freedom to expand, explore, and evolve first.

So far, traveling and my career have not been mutually exclusive at all. But I had to stop referencing the map my culture gave me because it just didn’t fit my territory anymore.

From a limited perspective, the choice between travel and career represent two diametrically opposed paths.

But in reality they can be the same path – why not take them both?

10 Reasons You Don’t Travel As Much As You Want To, And How To Fix It

You Don’t Have To Quit Your Job To Travel, Here’s How To Have It All