I’ve never really been able to keep up with dating trends, but here’s one that was practically made just for me: “breezing” or, as I like to call it, “not giving a fuck.”

At least, that’s what it is on paper. In a world that always told us we had to play mind games to earn the attention we wanted, breezing is all about throwing away the games and just being real — or, at least, as real as we would be if we were always calm, cool, collected and unable to give a fuck.

We’re a generation that’s perfected the art of playing hard to get, but the fact of the matter is that the harder we try to act like we don’t care about something, the more obvious it is that we do care. Let’s cut the bullshit — we all know you saw that text, and we all know that the longer you wait to respond, the more you really like the person. You’re not fooling anyone.

That’s where breezing comes in to shake up the game: you suddenly become ~attainable~ 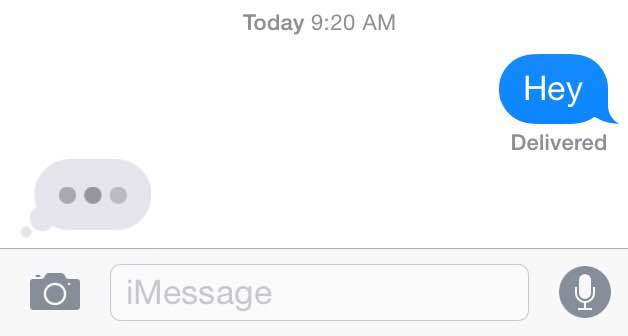 Yep, that’s a picture of me texting first. Don’t @ me.

That’s what breezing is all about: texting back as soon as you see the message and, yes, sometimes texting first. It’s liking every social media post you see (as long as they aren’t dumb af), saying what you feel when you feel it, ignoring little things that would otherwise bother you. It’s shrugging off arguments, letting bad feelings go and calling out the bullshit. The only rules are being straightforward, being yourself and leaving the games behind for good (maybe).

What does this mean for the dating world? Is breezing as fun as playing mind games? Well, maybe not. But hopefully we’ll become a lot more honest and open about what we want and how we feel, which could get rid of a lot of the little misunderstandings that come along with playing hard to get. At the very least you won’t have to keep looking at the clock to make sure it’s been the sufficient amount of time to finally text back, and that’s a win in my book.

This is a new era, friends. Let the anti-games begin.