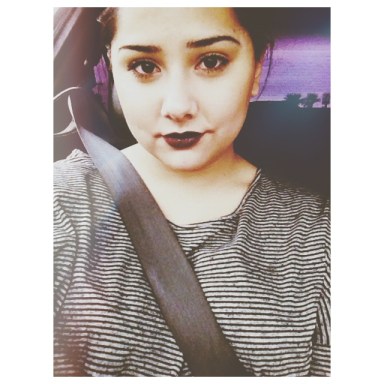 Most of us have a friend – or a friend of a friend – who tells serendipitous stories of love or stories that the rest of the world write off as coincidence. These seem to be the same people who can never seem to avoid name dropping “the universe” in pretty much every conversation they have with anyone. Ever.

Maybe you’re the type of person who rolls their eyes and continues tuning out everything after the word “universe” spills out of their mouth like cheap wine on white carpet. But something tells me there was a healthy amount of curiosity pumping through your veins, causing you to be open to the idea that maybe these people could be onto something. Perhaps an angel number isn’t just a number. Maybe some things shouldn’t be dismissed as merely coincidence. There’s a chance that you might take these incredulous possibilities into consideration – suspended your belief for a moment. Then, just like that, you’ve begun to notice patterns in your life that leave your eyebrow raised. By challenging the norm, you opened yourself up to an opportunity to explore all that the universe has to offer.

This is good. This is self-awareness.

It means you’ve pulled a Neo or a Jonas or a Katniss Everdeen and did what all dystopian heroes did in the books and movies and defied all societal norms and human obligations, then decided that conventionality was just not for you. You’ve somehow allowed yourself to consider that maybe the universe is a mysterious and unbiased clusterfuck of misunderstood and unknown truths that works in ways our human brains just can’t fathom.

For some, the act of becoming cognizant of ourselves hits like a freight train, but for others, it erupts unannounced like a volcano that remained dormant for hundreds of years. The amount of time it took to become aware of our higher selves is not important. What matters is that the realization happened and there’s no longer an excuse to be unaware of ourselves. The good news is, now that you’re curious, you’ll never be the same.

The bad news is, now that you’re curious, you’ll never be the same.

Here are seven signs that the universe might be speaking to you.

1. You start to question everything.

In the beginning of any hero’s journey, there is some kind of revelation or internal struggle that manifests itself in a big way – you might’ve had a warning or a conversation with someone you look up to about the realities of the universe or any kind of talk that forced you to question the way you see things, even yourself. Suddenly, your daily human obligations seem more forced or inherent than something you should or should not do.

2. You start to notice synchronicities.

If you’re spiritual, familiar with the works of Carl Jung, or own a Twitter account, you might have heard this term once before. Synchronicities refer to two instances that are otherwise unrelated happening simultaneously, that hold a special significance to the person experiencing them. This can take form in many ways. Let’s say you were messaging someone special to you at the mall and the song that played when you first met starts to play in the store. They seem like coincidences and maybe they are – but the difference lies within the experience of the person in these situations. These occurrences start to feel a lot less like coincidence and more like they were meant to be, and they’re happening at an overwhelming rate.

3. People you think of start appearing.

How many times have you thought about an old friend, just to have them reach out to you shortly after? Or how many times have you found yourself talking about someone you haven’t seen in years, then run into them at a grocery store? My guess is, not very often. When you become receptive to the universe, these things start to happen more frequently. And it leaves you uncomfortable but in the best way possible.

4. You become inspired to take charge of your life.

After all the questioning and the defying, your soul grows an appetite for something more proactive and fulfilling. Suddenly, your ambitions start to seem more attainable, and those goals that previously felt out of reach are now your biggest muse in everything you do. This inspires you to see your ultimate desires as a truly attainable thing, something that seemed so distant.

5. You notice good things happening to you.

If you’re at all familiar with spirituality, you’ve probably heard of the Law of Attraction. For those who aren’t familiar, the Law of Attraction in the simplest terms translates to receiving the energy you give out. Now that you’re surrounding yourself with positivity, you might notice random acts of kindness invading your everyday routine. You become a little more conscious of how your negative thoughts can manifest itself in bad luck or bad news and realize just how eerily uncomfortable it makes you that luck has been on your side.

6. You feel you might be on reality TV or that you’re a witch or even a psychic.

In every hero’s journey, there is a moment where the hero doubts that they can ever fulfill their duty or calling, but after much debate, give in to the idea that they might possibly hold the power to do so after all. It’s when they accept their fate that they mean business. You’ve likely done the same at this point, and maybe even have seen patterns that aren’t there. Regardless, you acknowledge that there is power to be had, maybe you have it, and now feel like you’re a protagonist or the writer of the story. Being self-aware does wonders for you. Soak in it.

After writing all that you desire in your manifestation journals and thinking of your life as already living that reality, you’ll start to notice that those desires have become present in your life. You got the job you’ve been hopeful of and been writing about. You met someone who checks the boxes in your journal. You earn things you truly, wholeheartedly wanted after having those vivid visualizations and training your mind to believe it already exists. Maybe it’s not exactly how you imagine it – or maybe it is! But it’s here you finally understand exactly how powerful your mind is when it works in tandem with your intentions and will to act on them.

By questioning it all and allowing yourself to become self-aware and receptive to the signs of the universe, you’ve invited the kind of force that people speak of into your life, but now you’re able to conceptualize it as something bigger than yourself. By accepting the idea that the universe can be on your side, you’ve also accepted the call to your own hero’s journey. You are the most important person in your universe, the writer, the protagonist, the mystical character who is in (some) control of their destiny.

There’s always an opportunity for science or pessimism to dismiss your experience as a gamble, a mixed bag of random coincidences that have no rhyme or reason. And there’s a good chance they’re right. But I think it’s unfair to dismiss any positive opportunity to grow as a human and all the incredible, mystical occurrences that happen once you’ve become receptive to the unseen forces of energy hidden in everything we know. Whether you believe in the energy around you, there’s something to be said about those friends whose stories wow everyone in the conversation, who’ve seemed to grow confidence in a way you just couldn’t understand before.

Not everything has a reason or a system that works 100% of the time. There are unexplained happenings woven into our world since the beginning of time, but we experience it in serendipitous encounters and happy accidents that can’t always be explained, and I think there’s magic in knowing that.