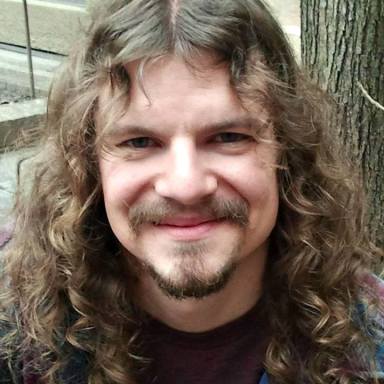 Picture this: you’re sitting with your boyfriend (or husband) in your favorite restaurant, having a wonderful night out together, when a woman walks by your table. You watch as the man you love turns his head, looks her up and down, and his eyes linger just a little too long on her breasts, or her backside.

Suddenly there’s a surge of emotion, jealousy, anger, pain, insecurity. A torrent of questions runs through your mind: Does he want her? Does he thinks she’s more beautiful than me? Is he not attracted to me anymore? 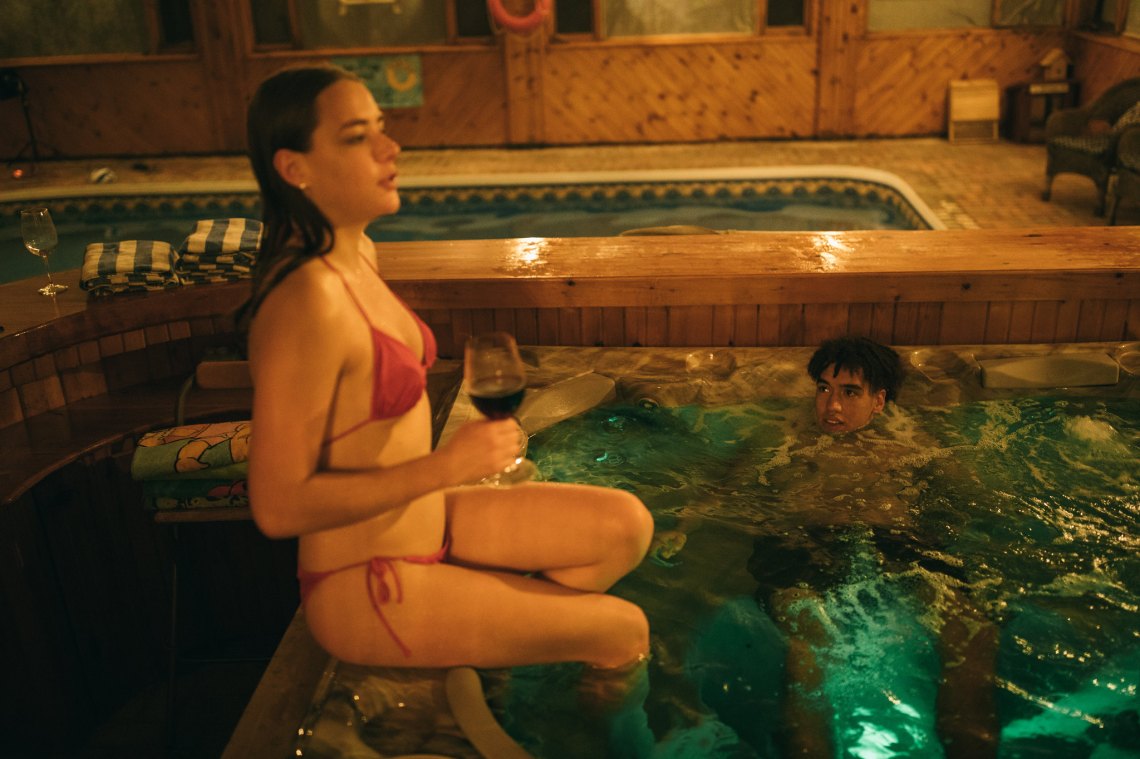 Sound familiar? That’s because it’s probably happened to every woman, at some point. Because, let’s face it, men like to look. To be clear, that’s all men; not just your man, not just single men, not just players and cheaters and womanizers, but all men.

Take me for instance. I’ve been with my partner for nearly 4 years. I love and adore her. I want to spend the rest of my life with her. I wouldn’t dream of betraying her trust by sleeping with someone else. But I look. I can’t help but notice when a beautiful woman walks by. I can’t help but react in the way that I do, to be attracted to women with certain features. It’s in my nature. And I am not alone.

It’s completely normal for men to look at other women.

It’s also completely normal for women to have that visceral, emotional reaction when they catch their partner looking.

It’s completely natural to want to know why men look, and what the look means.

Allow me to explain…

What “The Look” Means

In an alternate universe where he was single and unattached, he might be interested in her as a sexual partner.

What It Doesn’t Mean

Simply put, him looking has nothing to do with you at all. The world is full of beautiful sights – flowers and sunsets, great works of art – none more beautiful than the female body. It doesn’t take anything away from you when your man admires a painting or sculpture. It doesn’t diminish his love for you when he looks at another woman.

The look is really nothing more than that: acknowledging and appreciating beauty when we see it.

Why Men Look At Other Women 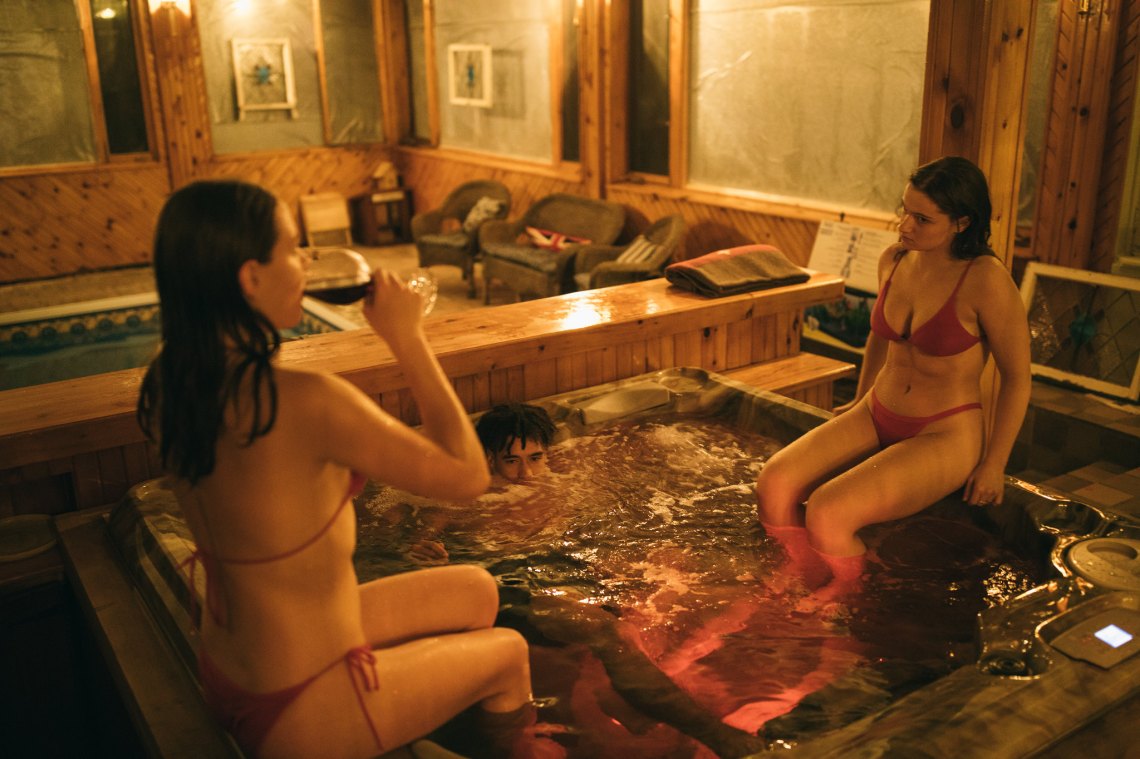 This is usually interpreted as being the result of evolution. Generally speaking, women evolved to be wives and mothers, nurturers and caretakers, while we men are programmed to ensure the survival of our genes by “sowing our seeds” as far and wide as possible. You could say that our eyes are hardwired to wander.

It’s not a personal choice, it’s a biological instinct. And it’s usually acted on before the slower, conscious decision-making process kicks in.

The natural sexual urges and impulses of men are also aggravated by media and advertising that is over-sexualized. Everywhere we look, we are exposed to sexual images and innuendo designed to sell us everything from cars and cologne to beer and cheeseburgers. These usually feature heavily made-up, airbrushed and photoshopped models that promote an impossible ideal of “beauty.” (Of course this also encourages women to have all kinds of body-image issues and insecurities, but that’s another article…)

When It’s A Problem 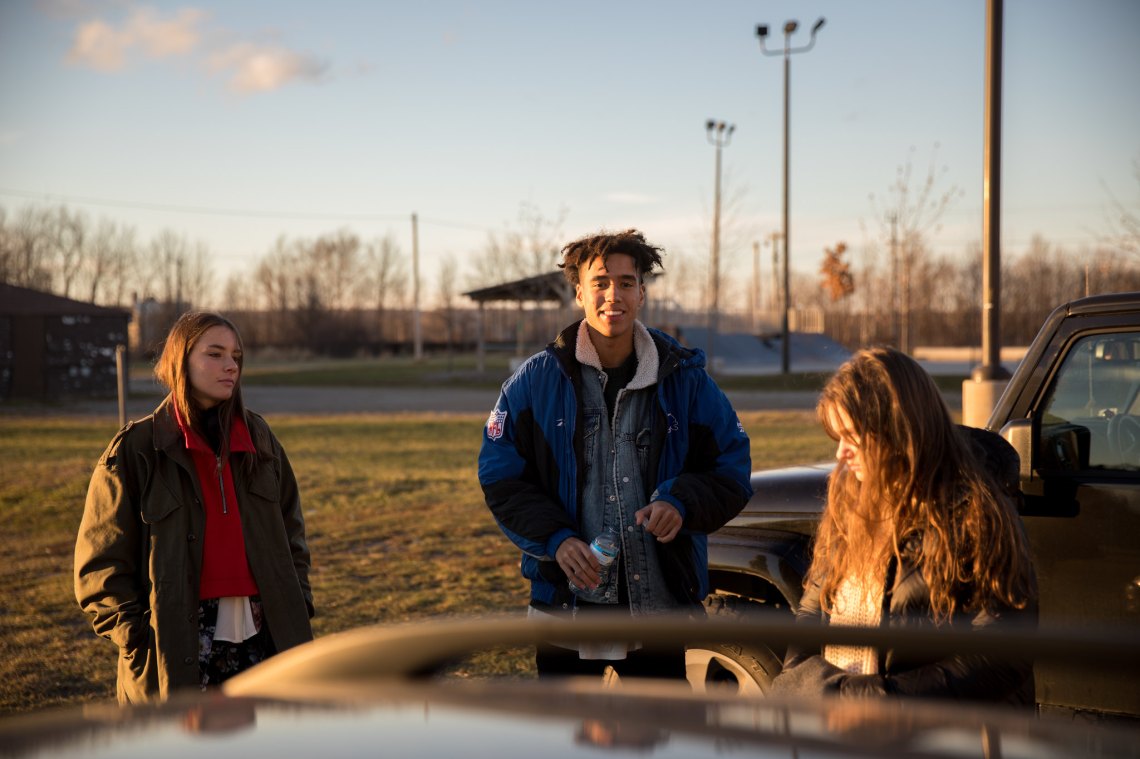 While it is normal for men to notice other women, to look and admire, and even fantasize a bit, there is a line of respect that a mature and committed man will not cross. Looking is one thing, staring is another; and it can be hurtful, embarrassing and offensive. As I said before, I cannot help my momentary reaction when I see an attractive woman. But once the moment passes, I quickly turn my attention back to the love of my life, the woman to whom I am faithfully devoted.

Blatant staring, inappropriate comments, touching, flirting and (obviously) cheating are all red flags. This kind of behavior indicates that a man is either not mature enough to control himself, or he doesn’t respect you (or women in general) or care enough about you to reign in his impulses. Either way, it doesn’t bode well for the future of your union…

Why Didn’t I Notice Before? 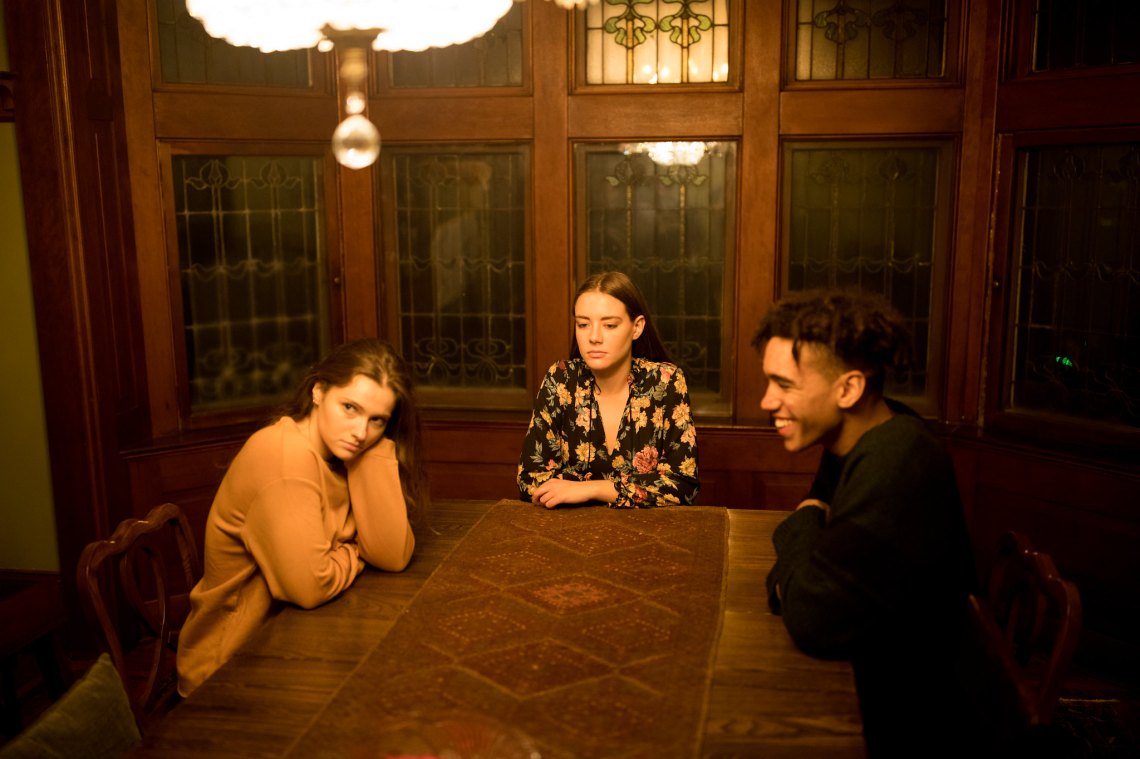 Often a man’s roaming eye doesn’t become an issue until after a couple has been together for a year or more, and the magical “honeymoon phase” has come to an end.

It is tempting to assume that because the passion has started to fade, your partner is no longer into you, and he is looking around to explore other options. But that’s not necessarily true. There are at least two reasons why this situation hasn’t reared it’s head before now, neither of which means that your partner has lost interest in you.

For one thing, during the early stages of a new romance, we are literally “high on love.” Our brains emit a powerful and intoxicating chemical cocktail whenever we see, or even think about, our partner. For many men, this natural buzz is often enough to drive all thought of other women from our minds, reducing or eliminating our wandering eyes.

Second, during this intense, new love phase both partners tend to idealize each other, completely overlooking annoying habits and traits. Even if your partner did check out another woman in front of you, you might be so infatuated with him that you ignore it, or unconsciously block it out.

But after a year or two, or three at the most, the honeymoon comes to an end. There is a gradual change in the way our brains respond to our partner, and it changes how we feel and act when we are together. For him, his old hunter-gatherer instincts kick in as strong as ever, and he finds that his eyes are once again drawn to every attractive woman who crosses his path. And she can no longer remain blissfully ignorant. She notices his roving eye, and if she has ever been cheated on before, it’s bound to open up those old wounds, and bring any insecurities front and center.

This was certainly the case for me and my relationship. For the first year or two, I was so smitten with my beloved that I scarcely noticed other women. It was the first time I had experienced this, and it was a beautiful thing. But when that initial, fiery passion began to cool, my eyes started roaming again. Not because I lost interest in her, but because my brain chemistry was changing. We were entering a new phase of our relationship, and the dynamic was changing for both of us.

Up to this point, a love affair is easy and effortless, as both partners are swept up and carried off by the raging storm of their mutual attraction. But in order for a relationship to survive past this point, it takes real honesty, commitment and clear communication on both sides.

How To Deal With Your Guy’s Roving Eye

When you do notice your man looking at another woman, don’t read too much into it. Remember what it means, and most importantly what it doesn’t. A glance does not equal a betrayal. Remember that he loves you, he cares about you, he is committed to you, and he is still attracted to you. Of all the women in his life, he chooses to be with you.

When we hold our partner to impossible standards, it leads to a never-ending cycle of disappointment, hurt feelings, anger and frustration. No one wins. We have to get real about human nature and sexual desire. There are lots of beautiful women in the world, and you are not the only one that your guy finds attractive. Don’t expect him not to notice or look at other women 100% of the time.

Tell Him How You Feel.

When your partner’s roaming eye does hurt your feelings, or make you feel inadequate, tell him so. Practice Non-Violent Communication. Express your honest feelings without blaming, shaming or accusing him.

If your partner is committed to making your relationship work, he will be willing to work with you in setting some healthy boundaries. He shouldn’t look too often, too long, or too blatantly. He should make every effort not to make you uncomfortable (or other women, for that matter). And most importantly, he should make it clear to you, in both his words and his actions, that he still wants you, and cares for you; he is still attracted to you, and committed to your relationship.

We all need love and emotional connection in order to be happy and fulfilled; men are no exception. Many cultural myths and stereotypes would have us believe that men are emotionally insensitive, and driven by their sexual urges alone. But the truth is that we men need intimacy, love and affection just as much as women do.

A good man is aware of this, and lives his life accordingly. He knows that an emotional and spiritual connection is more fulfilling than a one-night stand; that sex is so much more satisfying, more profound and pleasurable when you share a deep bond with your partner. His love and respect for you is more powerful than his sexual urges. He doesn’t deny or repress his impulses, nor does he indulge them recklessly. He looks, appropriately and respectfully, but he does not touch.

Above all, he goes out of his way to show you that you are his priority; that he loves you, he cares for you, and out of all the beautiful women he sees every day, you are the one that he chooses, the one that he wants, that he is yours and yours alone.

And that’s what really matters, isn’t it?

Ben Neal is a freelance writer from Kansas City, who writes about life, love, and how to live a life you love. When ...

How Women And Men Can Be On The Same Team Again

6 Things Every Evolved Man Wants From A Woman