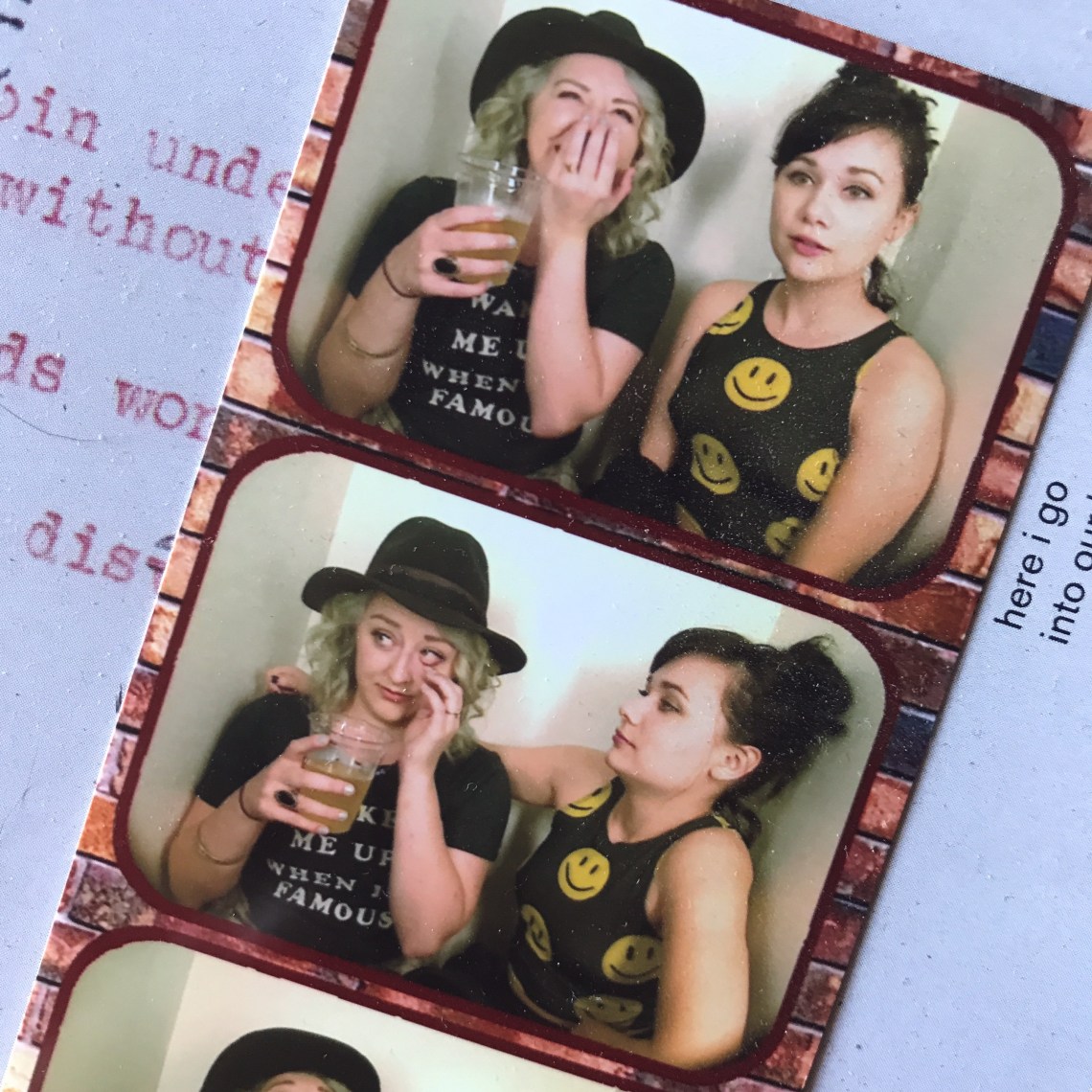 I was sitting in the DMV absolutely miserable. There used to be this show, Reaper, that portrayed the DMV as a literal portal to Hell. I am not entirely convinced that it’s fictional. I mean, if the shoe fits, or whatever.

I, a millennial girl with an inflated sense of self-worth and importance, did the only thing one could do in my situation. I live-tweeted my boredom.

As I took a swan dive into pure delirium, my tweets got weirder and weirder. I think I pitched a TV show revolving around getting locked inside the DMV for 24 hours. Honestly, I was just sitting there in that fucking uncomfortable chair making up jokes that only I found funny and broadcasting them on the internet. …Actually, not much has changed since then.

But one girl responded to my tweets with gifs and even funnier jokes. There was an instant witty banter. She pinged, I ponged. I don’t even remember when I followed her account back. Or when I made the jump to directly messaging her. But in that dreadful DMV, I remember laughing. I remember thinking, this girl is someone I could get along with.

Kendra and I did exactly what parents tell their kids NOT to do: we became friends online.

Here we were, actual strangers, texting all the time, sharing intimate details about our lives. Yes, yes, there’s a way to be safe online. And yes, let’s keep kids from chatting up randos with usernames like BigMikeluvsB00bs. But sometimes you meet your people in unexpected ways. Sometimes you find your tribe through a blue screen.

The first time I met Kendra was in a Seattle airport. We had the added security of knowing this wasn’t a Catfish thing. We would Snapchat and even Facetimed a few times. We knew the other was real. But that doesn’t account for in person vibes. It was a looming question. Will I actually like this person as much as I think I do?

The answer was a giant, neon lettered Y-E-S.

We hugged and didn’t stop talking the entire night. I’m pretty sure we spent the whole train ride catching up as if we were old friends who just hadn’t seen each other in a while.

Kendra and I have hung out together in person five times.

And you know what? I trust her more than some people I’ve gone to school with for years. People I’ve looked straight in the eye day after day. She has my back with such a loyalty and ferocity. She checks in on me even when I’m being a recluse and sad and take days to respond to simple text messages. She boasts about her hard exterior, but she’s actually one of the kindest people I’ve ever met. When she cares, she CARES. It’s one of her most beautiful qualities. Even when she thinks it isn’t. It is. It so, so is.

Kendra has always encouraged my growth. She’s never made me feel bad about being who I am or struggling or texting back the wrong men. She’s never asked me to be less or more or chameleon into a more palatable version of myself. She loves me for me. And I know, that’s a cringe sentence. But it’s true. And I feel the same way about her.

I haven’t met a lot of people like Kendra. She’s confident, extroverted, seems ready at the drop of a hat to take on the world. But she’s also so goddamn human. Nervous and questioning. She compares herself to others. She wonders if she’ll ever be enough. She’s funny and witty and sarcastic. But there’s a gentleness in her that she tries to keep hidden. Her and that big, big, BIG heart. She’s not going to write you a poem. But she’s going to show up. And she’s going to be there. And she’s going to send you a bottle of wine when you’re having a shit day. She is incredibly thoughtful. In fact, I get the rep for being a bleeding heart with so many FEELINGS, but she is entirely more thoughtful than I am.

Kendra is someone I look up to.

Kendra is someone I respect.

Kendra is someone I love making dumbass videos with. Or instagram posts with. Or just like, do creative weird ~*~internet~*~* shit with.

Kendra is someone I might never have met had it not been for the DMV and Twitter and gifs and the brilliant timing of it all.

But damn, I am so glad the stars aligned.

Happy birthday, Kendra. I love you. Thank you for being in my life. I am better just by knowing you.