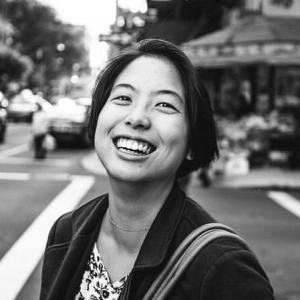 A few years ago, I quit my job without having another one lined up. Prior to quitting, I had felt dissatisfied and stuck at work; however, the thought of quitting without a safety net left me feeling scared. As a result, I continued to stay, even though I was miserable – as soon as I got to the office, I was counting down to 5 p.m., and Friday could not come fast enough. I went on this way for several months. The straw that broke the camel’s back was a conversation that I had with my grandmother, the woman who raised me.

I shared with my grandmother that I wasn’t happy at my job. Given her philosophy “The purpose of going to a “good school” and getting good grades is so that you can make good money,” I was pleasantly surprised when she told me that if I wasn’t happy, it was okay for me to leave. She reassured me that with so many opportunities out there, I was bound to find something right for me. Upon hearing her say this, I felt like I had been granted permission to leave my job.

One of the biggest reasons why I was afraid to leave was because I was hesitant about giving up the stability that comes with having a job – the steady paycheck and a job title. I wanted these things not so much because I truly cared for them, but in large part because I wanted to live up to my family’s and society’s expectations to be a fully-employed individual as a college graduate from a “good school.” So, with my grandmother’s encouragement, I felt like I had the blessing I needed. A few days after our conversation, I gave my two weeks’ notice.

I didn’t know it then; however, looking back, I’ve come to recognize how pivotal this moment was in my life. With hindsight, I can see all the lessons that I learned from this experience.

1. Physical unease can be caused by our mental and emotional states

The weeks leading up to the day I gave my notice, I had been feeling a lot of pressure in my head, and overall, I felt heavy, like I was carrying weight that wasn’t mine to carry. I was not fun to be around because even if I was physically present, my mind was elsewhere – I was so preoccupied by the tension between feeling like I should stay at my job because it was the “right” thing to do and feeling like I wanted to leave my job because every fiber of my being didn’t want to be there. This tension followed me everywhere. As soon as I made the heart-aligned decision to quit, all my physical symptoms went away.

2. Doing the things that scare us can set us free

I remember my walk home the evening after I gave my notice – I called a friend to share with her what had transpired and told her that I felt like 100 lbs had been lifted off my shoulders. I felt so much lighter in both body and spirit – it was evident to me that I had made the right decision. However, there’s no way that I would’ve known this had I not quit – I would’ve continued staying at my job, playing up my fears of the uncertainty of the unknown. In quitting, I freed myself from a situation that was no longer serving me.

3. My only regret is that I didn’t do it sooner

4. The more you face your fears, the less scary they will be

Evolutionarily speaking, our brains were designed to protect us from harm’s way, and as such, I don’t think our fears will ever go away. So the question becomes: How can we better manage our fears?

By confronting them. Had I stayed at my job, I would’ve continued feeling afraid of giving up the stability that comes with having a full-time job. It was only through quitting that I realized how much of that fear had been conjured up in my head. If I got to the bottom of it, the reason why I was scared of giving up the financial security of a paycheck and the social status that comes with having a full-time job (especially when you live in NYC and the first question that most people ask when you meet is, “So, what do you do?”), was because I was worried about not being able to find another job if I wasn’t fully employed. It was an irrational fear and my grandmother was right – in a city with 8+ million people, the opportunities are endless.

Because I quit my job and lived through a period of uncertainty (I subsequently spent a year traveling and volunteering, going with the flow, not knowing what my next destination would be), I learned to embrace the unknown. I discovered that with uncertainty comes possibilities. It was because of this experience that a few years later, I had the courage to buy a one-way ticket to India to see where life would take me.

When we’re afraid to do something, it’s usually because our imaginations have taken us down a rabbit hole of all the things that could go wrong. Thank your ego mind for trying to protect you and for every worst-case scenario that you’ve imagined, think of a best-case scenario to counteract it. Imagine what is available to you on the other side of fear and imagine the story that the older version of you would want to be telling about whatever fear you’re facing right now.

Get a FREE guide: 6 Steps to Living Your Purpose at www.angelachoi.co Follow Angela on Instagram or read more articles from Angela on Thought Catalog.

My Grandmother Died And Left Me A Porcelain Doll…Why Does It Have A Human Tongue?

After 3 Years, I Left Grad School And It Was The Best Decision I Ever Made

20 Women Share Their Horrifying #MeToo Story Of Being Sexually Assaulted