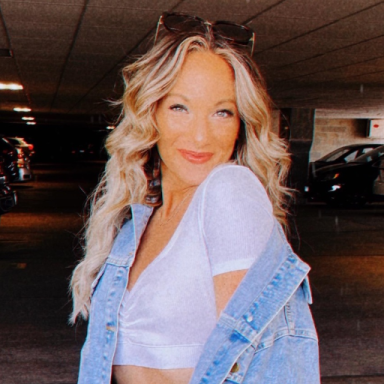 I’ve been heartbroken before – it was the first heartbreak I had ever experienced. The hurt and the doubt that consumed me afterwards nearly broke me completely. It took years and years to finally start enjoying life and living for the things that brought me true happiness. For the first time in my life, I was learning how to love myself more than someone else.

Little did I know, an unexpected toxic romance would soon destroy me all over again.

As the story often begins, I was not initially attracted to him. Sure, I thought he was funny and we always had a good time together, but I never found myself interested in a romantic way. At least, not at the beginning. We started spending more time together, and by “more time together” I mean a year of meeting up after friendly happy hours, which eventually turned into going home together, which eventually became a constant cycle of wanting each other, just never enough. At first it was all just fun and neither one of us was ready for anything serious. But as time passed and we grew more comfortable together – physically and emotionally – we started developing feelings.

I was trying to be cautious and protective over my heart because I feel a level of heartbreak once and I never want to feel it again, so I put my walls up as a defense mechanism. But something about him was different from any other guy I had ever met. He made me feel so excited and anxious at the same time. He became more charming with that “bad-boy” vibe that kept me wanting more. But what I was quickly learning was that the amplified combination of the two emotions was manipulating me in a way I never knew was possible, and in a way I never realized when I was involved in it.

I started experiencing first-hand things I never even knew were things at all:

– Attention seeking – from me, but also actively seeking out from others

– Arrogance, self-absorbed to the point where the thought of the bare minimum was still too much

I started doubting myself, my humanity, humility, my truth. Through the way he twisted both his and my words, I eventually believed I was a problem. I eventually believed I wasn’t worthy or capable of being loved. Eventually, I tip-toed around basic communication, choosing words wisely so I wouldn’t upset him in order to dodge being blamed or at fault for feeling real and normal emotions. I knew how bad it was, but at the same time, I had never experienced wanting and longing someone – him – so badly before. It was consuming me, confusing me, breaking me, and eventually it completely destroyed the person I had spent five years to become. I can’t explain how or why, but I wanted to be with him. I craved him. I craved the excitement and I craved the chase.

I hated him, but I loved him.

After years of this relationship running the same course of toxic arguments stemming from basic communication, navigating affected friendships and family ties, and an immense amount of belittling, I finally had enough of not being enough. I found the courage and strength to start fighting for my beliefs, my wants and needs, voicing my concerns, and standing up for myself. It was once I started to stand up for myself that his lashing out became amplified, avoiding the conversation in order to avoid having to acknowledge or apologize for his words or actions at all. As I started to become stronger in our almost-relationship, he started becoming more defensive because the relationship was no longer solely on his terms. As I started growing, realizing what I deserve and that it was not this relationship, interestingly enough the more he seemed to show the interest I was hoping for. The difference in that moment compared to all others, was I had already made the decision for my emotional and mental well-being that I was done. I could no longer accept mistreatment and disrespect. I could no longer accept less than the bare minimum. I could no longer accept not being enough.

Because I am, and have always been, more than enough.

About five months ago, it took every ounce of my being, but I finally ended this toxic, never-ending cycle with my narcissist. I still struggle at times, I’m not going to sugarcoat it. Because it’s hard, it’s draining, it takes a huge piece of you with it. Having a narcissist play such a huge role in your life, especially when you’re romantically involved, it fucks with every piece of your heart, your mind, your body. Because it was in those moments of me leaving on my terms and being done that he suddenly realized now there has to be a life without me always there to feed into his ego.

The things that have been monumental in slowly healing, becoming stronger, and putting the pieces back together are:

– Crying; allowing myself to be present and feel whatever emotions I’m feeling

– Training my brain to only focus on the hurt – his words and disrespect towards me. The more you learn to associate someone with negative actions or behaviors that are also associated with hurt or pain, you learn to see their reality versus the potential

Most people will read through this article wondering how it could possibly be so difficult for me to leave someone who continued to hurt me (emotionally). Wondering why I would stay as long as I did. Wondering why I would ever go back to him. Wondering why I couldn’t just stand up for myself. As much as I wish I had an answer to those questions…I don’t, and honestly I don’t think I ever will. I asked myself those exact same questions every single day for days, months, and eventually years until I was finally able to put my reality first and his potential last.

THAT is what you deserve, not this. So, listen to your intuition because that pit feeling? That inclination that something isn’t right? That feeling is what is right, so listen to it. Listen to your heart and free your soul. There is so much good in this world that is destined to be a part of your story, you just have to allow yourself the courage to seek it.

Passionate about self-love, resilience, having faith and love always