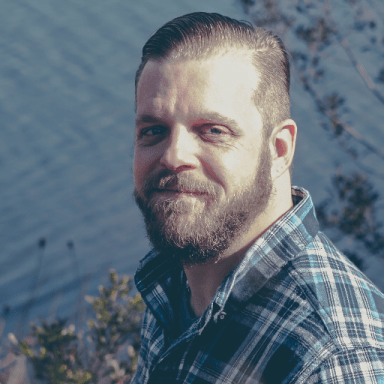 For many, “empath” means supernatural people that can take on the abilities and thoughts of people around them. When it comes to pop culture, especially science fiction, this is usually how they are portrayed. In real life, this isn’t that far off (minus the whole supernatural part).

Empaths are just highly sensitive individuals, in tuned to the emotions and feelings around them. Every cashier at a store, person at the bank, or customer they have to interact with at work leaves some sort of impression. If that person is hurting, an empath will suddenly feel like they’re hurting. If they are angry, empaths get angry for seemingly no reason at all. It is a rollercoaster depending on the people they come into contact with which can leave them feeling constantly drained or tired.

For people who don’t operate on that level of sensitivity it can come across as though empaths are just overly introverted, but it goes much deeper than that.

Not every empath is an introvert. Where introversion is having your energy depleted by interactions with other people, being an empath means experiencing specific emotions and feelings on a mental, emotional, and sometimes even physical level. This makes them susceptible to the effects of these feelings such as depression, body aches, anxiety attacks, or food, sex, and alcohol binges that can’t be explained. This means an empath has to be even more intentional about self-care than the average person. For someone who loves an empath all of that can be very difficult to understand.

Loving an empath means knowing that events where there will be big groups of people take a significant toll on them. Being surrounded by people means an empath will be taking in all of the emotions and feelings each of those people are experiencing. It’s like being in a room surrounded by TVs that are all playing different stations without a way to control any of them. That office party or family gathering is a barrage to the senses of an empath, leaving them feeling exhausted.

Loving an empath also means understanding that there will be times they don’t know how to explain what they’re feeling. With so much information being taken in, it’ll sometimes be hard to verbalize it.

They’ll feel things and have no idea why or where it came from. This is not always a part of their lives they can control. Even time and training doesn’t guarantee that an empath will not sometimes get overwhelmed; while it can be managed, it may not ever be fully mastered.

Loving an empath means being sympathetic to the fact they’ll unwillingly attract toxicity into their lives. They’re naturally good listeners, caring, and giving which makes them targets for hurt and dysfunction. People will come to them looking for advice, a shoulder to cry on, or just someone to vent to and they’ll feel obligated to be there.

It’s very common to find empaths in relationships with narcissistic or dramatic people because empaths care so much about the people around them. Being able to see these unhealthy relationships and steering them away from them will be one of the greatest things you can do to love an empath.

Loving an empath means accepting you’ll not be able to hide things from them. They’re essentially human polygraphs meaning if you aren’t being honest, an empath will know, even if they can’t pinpoint exactly about what.

Their sensitivity to the energy around them means subtle things that most people miss will be obvious to them. Your body language, the inflection in your voice, and other nonverbal cues will all be apparent. It’s especially important to understand this before getting romantically involved with an empath. For some, your guardedness or half-truths will not necessarily be a deal breaker, particularly if they can identify the root. For others, being romantic with a person that isn’t being transparent with them will be exhausting and they’ll quickly break off the relationship.

Loving an empath means allowing them alone time to process. One of the ways an empath centers and focuses is to get away and shut off the flow of information.

They’ll need to go on a hike, or go see a movie, or just go sit in a coffee shop to process through the feelings they’re experiencing, including their own. It doesn’t mean they’re cutting you out, it’s just a way of controlling what they’re taking in.

Loving an empath will be one of the most fulfilling relationships you’ll ever be in, if you let it. Empaths are the type of people that’ll always be there for you; they’ll understand what you’re feeling, know what you need, and be able to give you the support you’re looking for. However, it also means being as transparent with yourself as you’ll have to be with them.

Empaths genuinely want what is best for everyone around them and will do whatever it takes to make that happen. It will be a relationship, romantic or not, that will make you grow as a person and while it may be challenging at first, it will be one of the most honest relationships you’ll ever have.